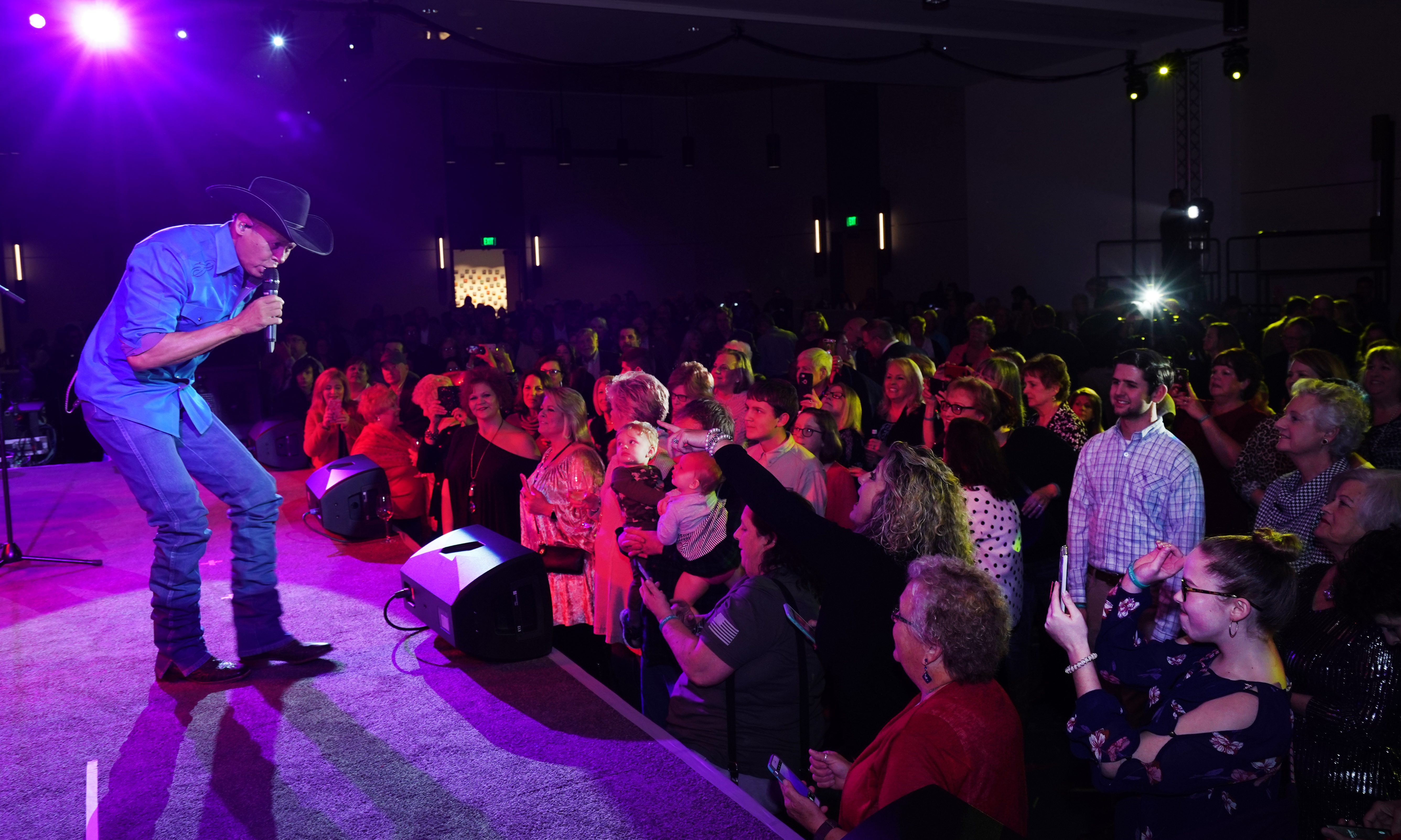 “It just means the world to me that folks throughout Alabama would come to celebrate with me this night,” said Governor Kay Ivey. Ivey said that she held the Gulf Coast inaugural event because she has made it a priority that all the regions of the state are equally represented.

Orange Beach Mayor Tony Kennon said that Ivey and her staff are working with better than any governor in a long time.

Governor Ivey’s theme for the inauguration is Keep Alabama Growing.

As part of the inaugural festivities, Kay Ivey is having a book drive for children. More than eight hundred guests and Ivey supporters brought almost 2,000 children’s books to donate to the Alabama Literacy Alliance.

Last week Governor Ivey visited First Class Pre-K classrooms in Pine Hill, Mobile, Huntsville and Birmingham, reading and distributing copies of ‘The Very Hungry Caterpillar’ and ‘Where The Wild Things Are to hundreds of children.’

Guests were entertained with a concert by platinum recording artist Neal McCoy.

According to his bio, McCoy, age 60, has released fifteen studio albums on various labels, and has released 34 singles to country radio. In 1993, Neal McCoy broke through with the back-to-back number 1 singles No Doubt About It and Wink from his platinum-certified album No Doubt About It. His commercial success continued into the late 1990s with two more platinum albums and a gold album, as well as six more Top Ten hits. A seventh Top Ten hit, the number 10 Billy’s Got His Beer Goggles On, came in 2005 from his self-released That’s Life. In 2013, McCoy released Music of Your Life, a big band jazz and country amalgam with Les Brown Jr. In 2013 he released Pride: A Tribute to Charley Pride, Neal’s long time friend and mentor. In 2015 McCoy brought the Big Band Standards CD You Don’t Know Me. Neal has been on 15 USO Tours around the world and continues to say it’s one of the achievements he’s most proud of. He is also the recipient of multiple Humanitarian awards from The Academy of Country Music, The Country Radio Broadcasters and The Masonic Grand Lodge. Since 2016 McCoy Neal has recited the Pledge of Allegiance “Live” on his Facebook page every morning. Neal also supports his own charity organization: East Texas Angel Network, which is committed to the enhancement of the lives of children of East Texas who are living with terminal or life-threatening diseases.
A fireworks show entertained the guests following the concert.

At the end of the evening, Inaugural Committee Co-Chair Cathy Randall said, “I want to thank our guests, along with the generosity of Books-A-Million and the Alabama Farmers Federation for being a part of the Governor’s efforts to promote children’s literacy throughout the inaugural festivities. I am thrilled to share that nearly 2,000 books were donated to the Alabama Literacy Alliance!”

The old Lodge at Gulf State Park 0pened in 1974 and was destroyed by Hurricane Ivan in 2004.  Governor Kay Ivey built the new 350 room lodge and conference center.  It opened on November 2, 2018.

Kay Ivey will be inaugurated today at a swearing-in ceremony 10;00 am at the Capital in Montgomery. A parade on Dexter Avenue will follow. Ivey is holding an invitation only gala tonight.

Ivey is only the second woman ever elected Governor in the state of Alabama and the first Republican woman elected governor.