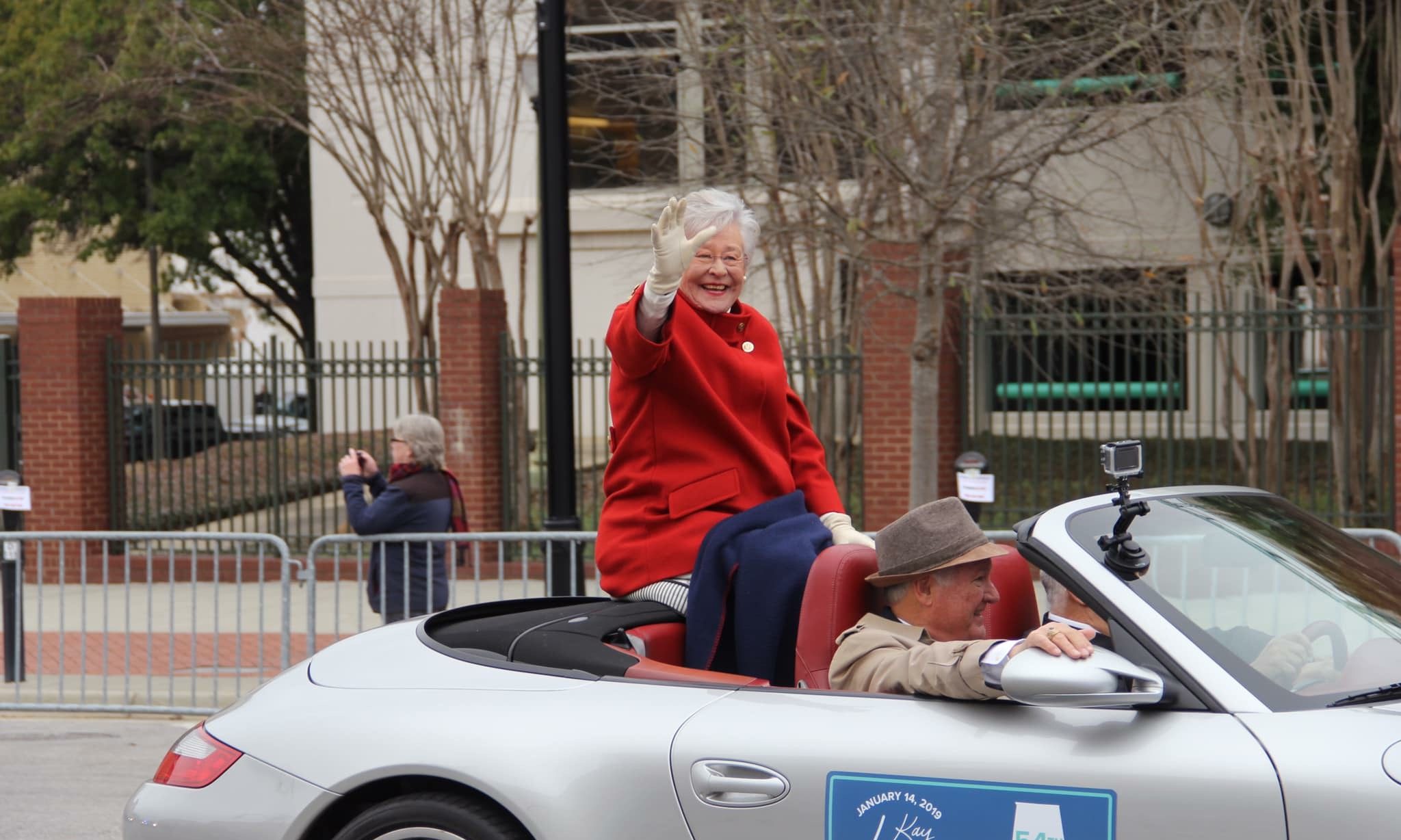 The same thing. We’re doing the same thing again, and hoping for a different outcome. Which I believe is the definition of insanity. And that might as well be our state motto at this point.

The state where the people continue to elect people who promise to do the same things as the last people who we hated, and who will eventually totally renege on those promises and try to do the opposite.

At her inauguration on Monday, Ivey was all smiles and upbeat rhetoric. She talked of steadying the ship and putting Alabamians back to work. And she was governor while those things happened, so the rules say she gets credit, even if it’s mighty tough to pinpoint exactly what it is that she did to cause any of those good things.

But Ivey also dropped a few hints about the future.

To no one’s surprise, she discussed a gas tax without ever saying the word “tax,” and she talked about a new prison construction proposal.

Actually, neither of those ideas is “new,” and the proposals Ivey and the Legislature will put forth in the coming months won’t be new either. We’ve been talking about prisons for three years now, if not longer, and the gas tax was kicked around during the last legislative session.

And both will be met with roughly the same amount of disdain by voters this time around.

No matter how badly we might need to renovate our current prisons or build new ones, the average Alabama voter doesn’t want to do that. In fact, those voters have proven to be amazingly willing to let prisoners out of jail, if the alternative is a higher tax bill.

I’m sorry, but you can’t set up a state income tax system that charges janitors more than CEOs, leaving the state with consistently no money to make necessary repairs to infrastructure, and then ask the working stiffs to pick up the bill for those repairs when things fall completely apart. And make them pay for it by charging them more to get to work every day.

I don’t care that we just held elections and most lawmakers are safe for another four years. You vote for that sort of a tax on working people, and it’ll hang around your neck for the rest of your political career. What’s left of it.

If you doubt this, ask Robert Bentley.

He tried something similar. Actually, come to think of it, he was a lot like Ivey following his re-election in 2014. Very popular. Had pledged not to raise taxes. Was generally trusted by most people around the state.

And then he hit people with a proposal for a cigarette tax.

His whole world blew up from that point forward.

Because it’s not right. Taxing gas or taxing cigarettes is a coward’s tax.

It’s an admission that you know we don’t have enough revenue but you’re not brave enough to attack the real problem — to raise property taxes or restructure our state income tax.

Or to do what’s popular: Legalize gambling.

Why do Alabama Republicans continue to run from legalized gaming? It makes zero sense, considering the massive edge they hold in statewide voting and the unprecedented popularity of gambling among Republican voters.

Poll after poll shows that conservative voters in Alabama now massively favor legalizing gambling. In one of the more recent polls, more than 60 percent of likely Republican voters were in favor of a vote to legalize full-fledged casinos with sportsbooks.

And yet, Ivey, like the two governors who came before her, will stand on a stage at her inauguration and push for two completely unpopular ideas —— prisons and a gas tax — but never speak of the one subject that’s both popular and could raise enough money to pay for the infrastructure repairs. And the prisons.

Insanity. That’s what it is.

The state has now awarded more than $100 million in state transportation funds under ATRIP-II since the program’s creation in 2019.