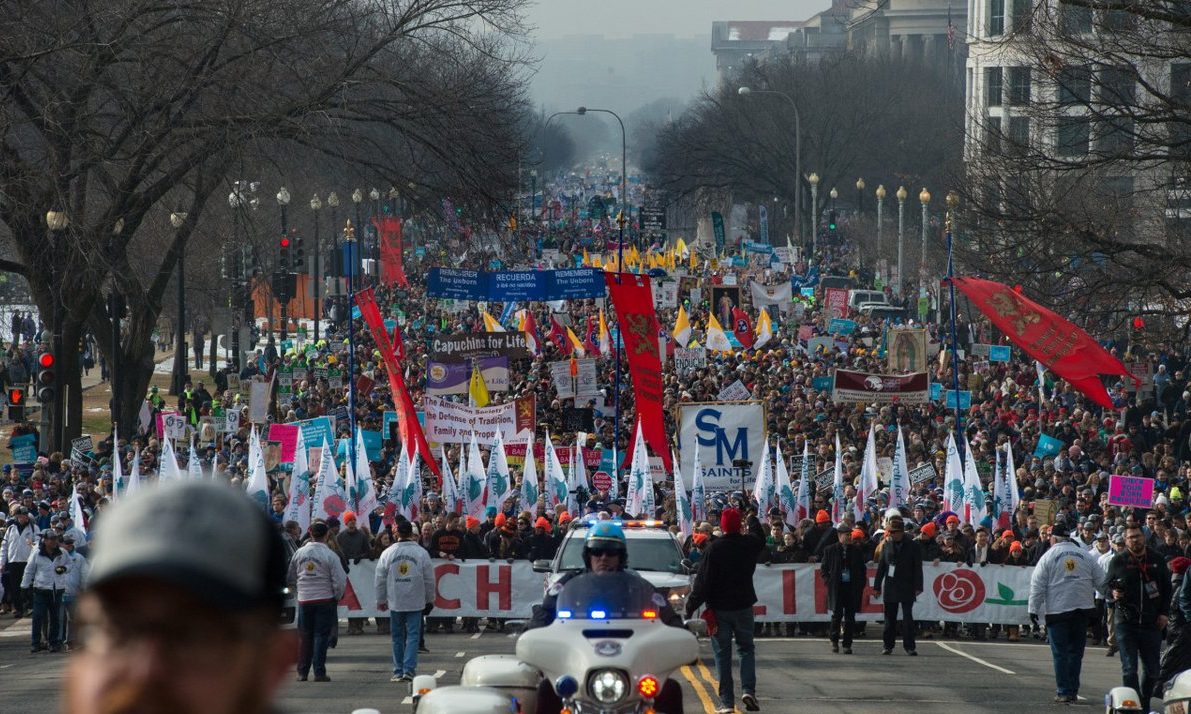 Friday the National March for Life event was held in Washington D.C. Thousands of marchers participated in the 46th March for Life.

“I am heartened and greatly encouraged to know that many of my constituents came to Washington to peacefully stand up for the lives of unborn children,” Palmer said. “I stand with them in the belief that the right to life is sacred and that life must be protected from its earliest stages. The Supreme Court’s 1973 ruling in favor of abortion must continue to be challenged if we are to adhere to our nation’s founding principles. The Declaration of Independence states that each person has the ‘unalienable rights’ of ‘life, liberty, and the pursuit of happiness.’ Life is the first and most basic right that makes all other rights possible. It is the prerequisite. I’m grateful for those who have fought for the rights of the unborn since 1973, including so many from the Sixth District who have added their voices to the cause.”

“The world’s largest pro-life event is taking place in Washington today!” Congresswoman Martha Roby (R-Montgomery) said on social media. “Right now, thousands of Americans from across the country are gathering to speak out for the unborn at the March for Life. I am grateful for their commitment to this important cause, and I stand with them in the fight.”

“Today, thousands of Americans joined together to mark the 46th anniversary of a terrible moment in American history – the Supreme Court ruling on Roe vs. Wade. Since that court ruling, we have mourned the loss of more than 60 million unborn children,” Congressman Robert Aderholt (R-Haleyville) said. “This is not a matter of religion vs. science. Science itself shows us that these are not just masses of tissue. I feel calling these unborn children a fetus instead of what they are, an unborn child, is simply a measure to ease guilty consciences. Science has proved that an unborn child’s heart begins beating just 18-21 days after fertilization, that an unborn child’s brainwaves can be detected just 6 weeks after fertilization, and that at 10-11 weeks after fertilization, every organ system is in place. These facts add up to one conclusion, abortion ends a human life, plain and simple.”

“The sanctity of human life is immeasurable,” Congressman Bradley Byrne (R-Montrose) said. “Since I have been in Congress, I have consistently stood up for the unborn, and I continue to stand up for life. I am proud hundreds of Alabamians, most of them young people, are in our nation’s capital today to stand up for life as part of the #ProLife movement. Those who support pro-life causes support American values, allowing all the opportunity for life, liberty, and the pursuit of happiness.”

January 22 will mark the 46th anniversary of the controversial 1973 Roe v. Wade Supreme Court decision which Palmer’s office says, “Violated the core principle and promise of the Declaration, the unalienable right to life.”

Vice President Mike Pence (R) and his wife, Karen, made a surprise visit to join the pro-life marchers.

“We gather here because we believe as our founders did that we are, all of us, born and unborn, endowed by our creator, with certain unalienable rights and first among these rights is the right to life,” Vice President Pence said.

“This is a movement founded on love and grounded in the nobility and dignity of every human life,” Pres. Trump said. “As president, I will always defend the first right in our Declaration of Independence, the right to life.”