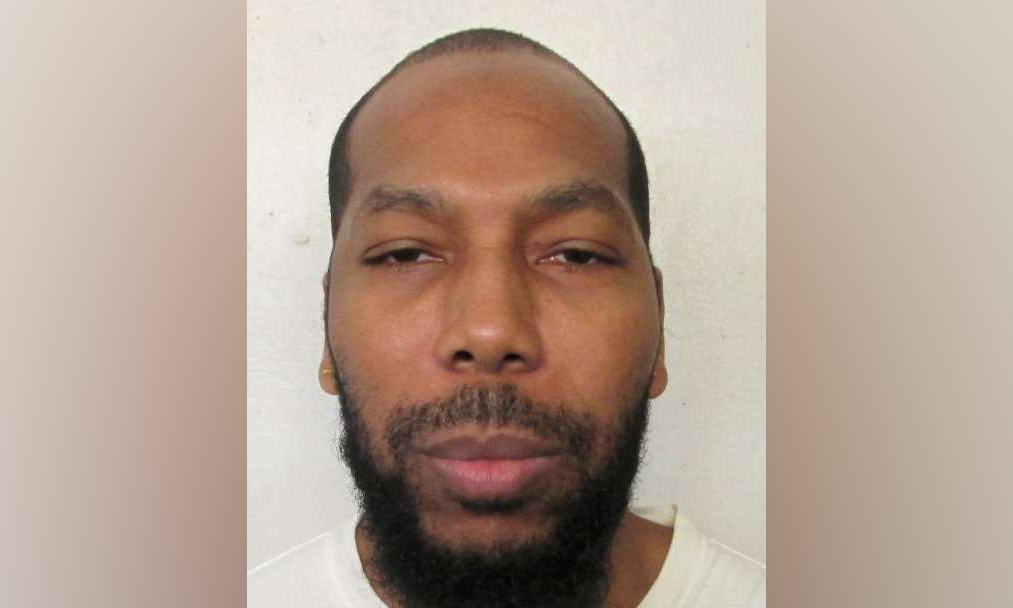 Alabama performed its first execution of 2019 following a legal back and forth over whether the inmate could be put to death without a chaplain of his faith in the chamber.

The state executed Dominque Ray, a Muslim inmate who had appealed to federal courts after the state refused to allow an imam to be in the chamber. He died Thursday at 10:12 p.m. by lethal injection, the Montgomery Advertiser reported.

“It is my duty as the governor of Alabama to uphold the laws of our state,” Gov. Kay Ivey said. “A role I hold with much reverence is ensuring that justice is done, by both the victims and the convicted. Due to the nature of his crime, the decision of a jury to condemn him to death and because our legal system has worked as designed, Mr. Ray’s sentence was carried out.”

The Supreme Court overturned a stay by the 11th Circuit Court of Appeals, allowing the execution to move forward just hours before his death warrant was set to expire.

Ray and his attorneys argued Alabama’s policy of having a Christian prison chaplain present in the execution chamber is a violation of the First Amendment. Ray wanted his imam — a local Muslim religious leader — present for his execution and last rites instead of a Christian chaplain.

The high court voted along partisan lines in a 5 to 4 decision to vacate the 11th Circuit’s stay. The court said Ray waited too late to challenge the execution.

“Because Ray waited until Jan. 28, 2019, to seek relief, we grant the state’s application to vacate the stay entered by the United States Court of Appeals for the Eleventh Circuit,” the court found.

They cited precedent in a 1992 case that allows the court to consider the last-minute nature of an application to stay execution in deciding whether to grant equitable relief. The justices in the majority took no position on whether the state’s practice does, in fact, violate the First Amendment’s Establishment Clause.

Justice Elana Kagan, writing in her dissent, did take a position.

“Under that policy, a Christian prisoner may have a minister of his own faith accompany him into the execution chamber to say his last rites,” Kagan wrote. “But if an inmate practices a different religion — whether Islam, Judaism or any other — he may not die with a minister of his own faith by his side. That treatment goes against the Establishment Clause’s core principle of denominational neutrality.”

To justify religious discrimination, Kagan wrote, the state must show that the policy is narrowly tailored to a compelling interest, citing Supreme Court precedent.

“I have no doubt that prison security is an interest of that kind,” she wrote. “But the State has offered no evidence to show that its wholesale prohibition on outside spiritual advisers is necessary to achieve that goal. Why couldn’t Ray’s imam receive whatever training in execution protocol the Christian chaplain received? The State has no answer.”

More directly to the point of the Supreme Court’s finding Thursday, Kagan wrote that it could be argued Ray did bring his case within a reasonable time period.

Holman Correctional Facility’s warden denied Ray’s request to have an imam in the chamber on Jan. 23. Ray filed a complaint five days later on Jan. 28. The 11th Circuit didn’t issue a stay until Tuesday, Feb. 6, a day before his execution.

“The state contends that Ray should have known to bring his claim earlier, when his execution date was set on Nov. 6,” Kagan wrote in the dissent. “But the relevant statute would not have placed Ray on notice that the prison would deny his request.”

Kagan cited Alabama code that state a spiritual adviser and the prison chaplain may be “present at an execution.” But family members and newspaper reporters are also listed under the same statute. They are not allowed in the actual chamber but are held in a separate viewing room.

“It makes no distinction between persons who may be present within the execution chamber and those who may enter only the viewing room,” Kagan said. “So there is no reason Ray should have known, prior to Jan. 23, that his imam would be granted less access than the Christian chaplain to the execution chamber.”

The state is notoriously quiet about its execution protocols, and it doesn’t release where it gathers its lethal injection drug cocktail.

Ray was originally scheduled for execution at 6 p.m. Thursday, but his warrant was valid until midnight, giving the state time to move forward with the lethal injection.

No spiritual adviser — including Holman’s Christian chaplain — was present for the execution, the AP reported. The state amended its execution policy after the 11th Circuit’s ruling, according to court documents.

“To accommodate Ray’s stated beliefs and the Establishment Clause, the ADOC has amended its protocol and will no longer allow the prison chaplain, or any other spiritual adviser, in the execution chamber,” the state said in its emergency motion to the court.

Ray’s lawyer, John Palombi, a federal public defender, said the state’s voluntary decision to change its practice last minute for one execution does not make the case any less important.

“Without a definitive court ruling on this question, Alabama could continue to change and unchange its execution protocol at whim,” Palombi wrote.

Just five months earlier, he was sentenced to life in prison for his role in the murders of two Selma teenage boys.

“Mr. Ray was convicted by a jury of his peers of killing Tiffany Harville after taking her from the safety of her home,” Ivey said. “Courts at every level have upheld Mr. Ray’s conviction for his senseless act. Accordingly, the laws of this state have been carried out. It is my prayer that, with tonight’s events, the Miss Harville’s family can finally have closure.”

Ray has tried numerous times to appeal his death penalty. His lawyers have argued that he was not adequately represented during the penalty phase of his trial for Harville’s death.

His lawyer in the 1999 trial did not hire an investigator to look into his background for mitigating evidence that could have been used to avoid a death penalty. Though the lawyer “stands by his work” in the trial, he has acknowledged that not all evidence now available was available then.

“I’ve done this a long time, I’ve been practicing law now for 34 years, and I know that I could have done better representing Dominique if I would have had somebody to guide our investigation of mitigation evidence,” attorney William Whatley told ProPublica.

Whatley had experience arguing against the death penalty in capital murder trials, and Ray was his only client sentenced to death. But Ray allowed his co-counsel, just a few years out of law school, to deliver the presentation during the sentencing phase, which has also drawn scrutiny.

Alabama remains one of 30 states with the death penalty. More than 40 death row inmates have been executed since 2000, and last year, Alabama executed two inmates. After Ray’s death, 175 inmates remain on death row.