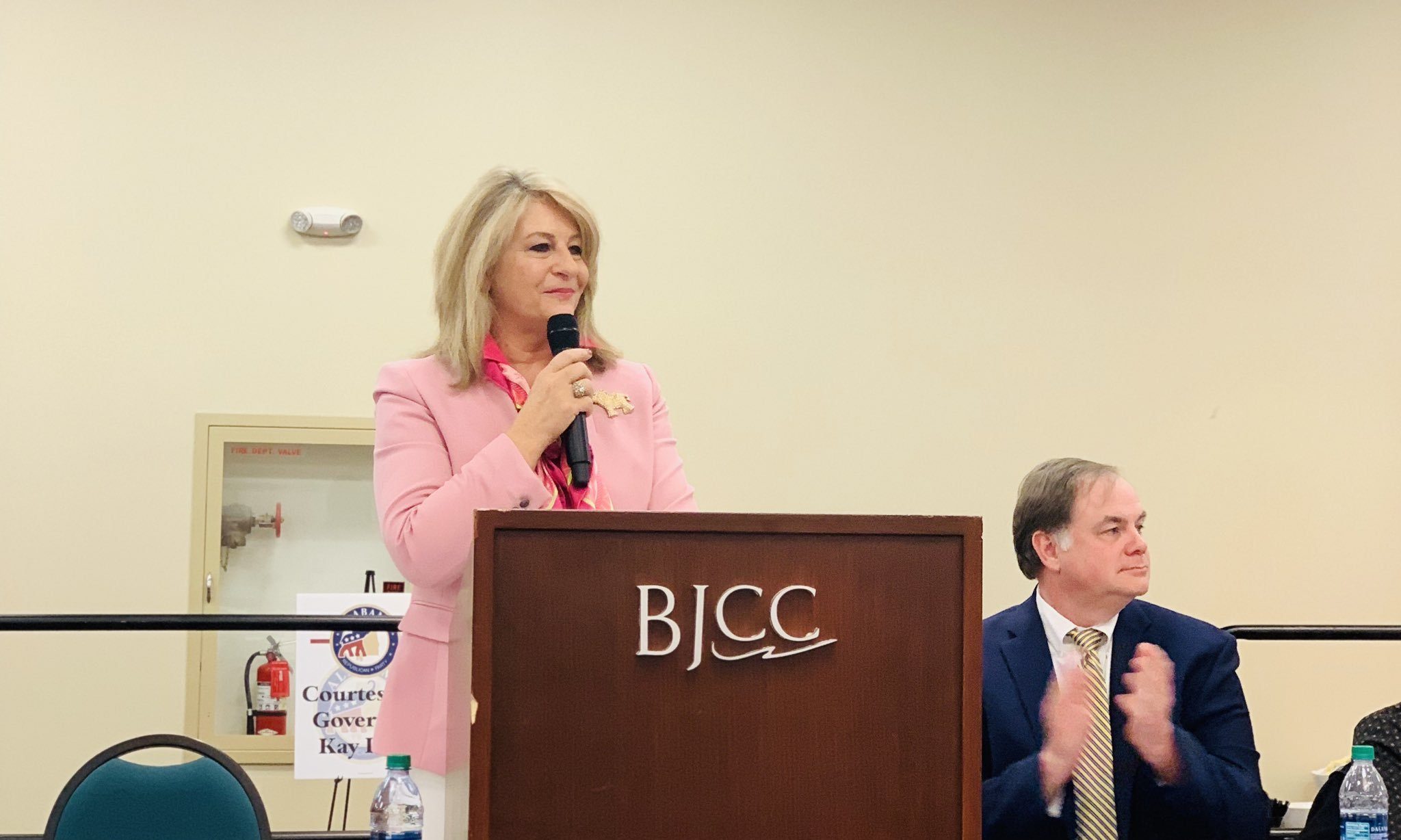 Lathan had no opposition and was re-elected by acclamation.

Lathan said that our platform and principles have helped us to become the dominant political party in the state of Alabama. “65 percent of all partisan elected officials are Republicans. The voters are responding overwhelmingly to our conservative policies.”

“On November 4th we flipped 71 seats from Democrat to Republican, the most in the nation,” Lathan said. “We grew our supermajorities in both houses of the legislature. We elected Kay Ivey as the first woman Republican governor in state history. We swept all of the statewide races.”

“Our energy will be spent on re-electing Donald Trump and ending the term of Doug Jones in the U.S. Senate,” Lathan said. “Doug Jones is ignoring the majority of Alabamians. He votes like he is in Vermont, but he is from conservative Alabama.”

Lathan showed a movie clip of Doug Jones being interviewed by a cable news reporter asking why he was voting “NO” on the confirmation of Judge Brett Kavanaugh when the majority of Alabamians support Kavanaugh nomination.

Senator Jones answered: “That may be, but that is not the be all and end all.”

“He voted NO on the 20 week fetal bill,” Lathan said. “Alabama’s Jones said no to protecting those human beings.”

Although we do not know right now who our nominee will be we will lock arms and support them to defeat Doug Jones next year, Lathan said. “We are building an army right now and we are planning on breaking more voting records and that will be the be all and end all.”

Josh Finley, from Athens, Georgia, is with the Trump campaign. He credited the President with turning the economy around and vowed, “This will be the best funded and most organized presidential campaign in history. We brought in 30 new people just last week. I want to congratulate you on what you did last year.”

Lathan said that she was announcing that the Alabama Republican Party will formulate a 67 county action plan. We are going to turn up our effort and turn out our vote “to re-elect Donald Trump and turn out Doug Jones.”

Lathan thanked the Executive Committee for re-electing her to a third term, thanked her husband Jerry Lathan for letting her do this, and thanked Harold Sachs and the rest of the Alabama GOP staff for all the work that they do.

Lathan announced that the Summer Dinner would be Friday, August 23rd in Auburn with the Summer meeting of the Alabama Republican Executive Committee being Saturday, Aug. 24.