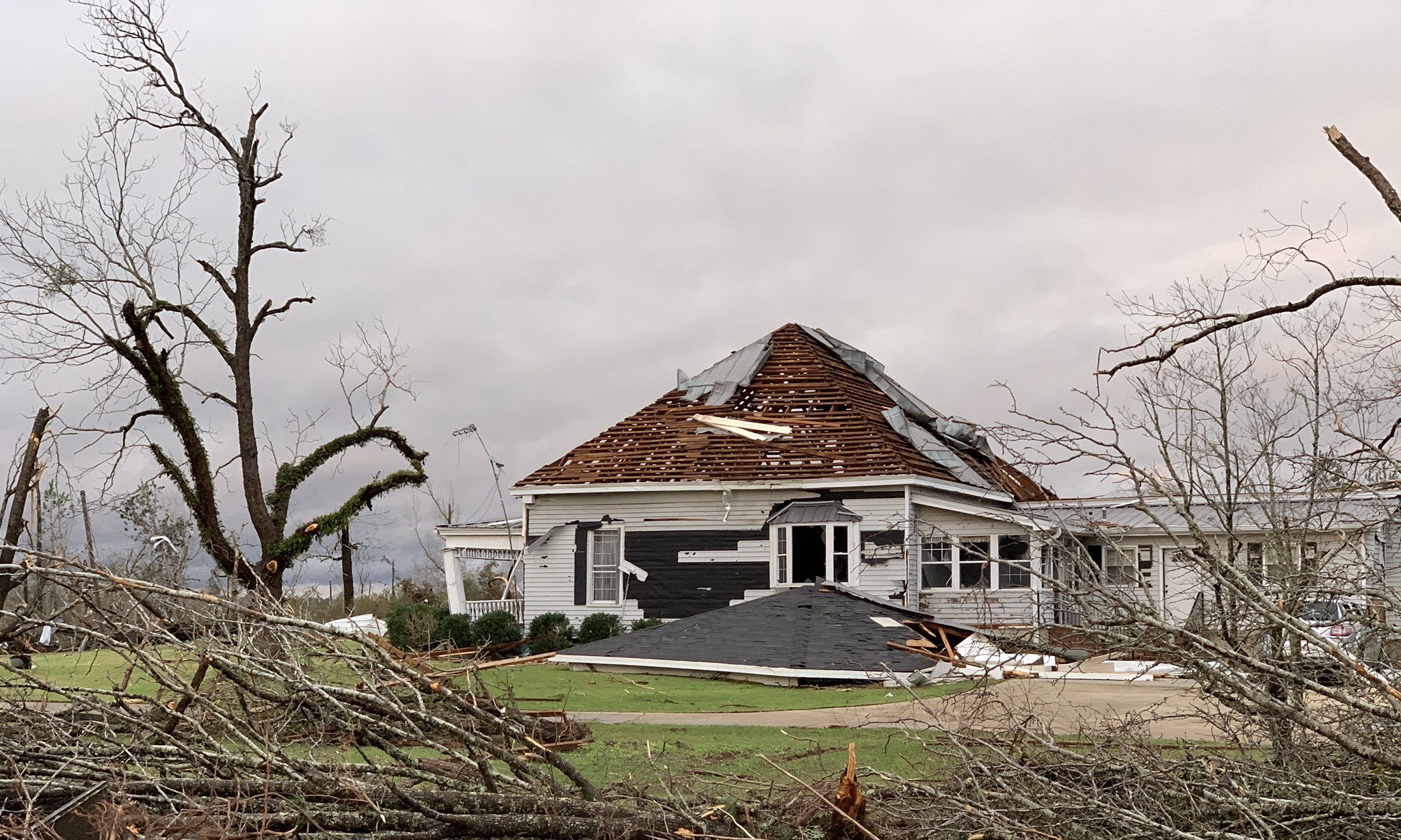 At least 23 people are dead after a series of severe storms and a potential tornado hit a rural area of Lee County south of Auburn and Opelika on Sunday afternoon.

Lee County Sheriff Jay Jones said the number currently stands at 23, but could potentially rise as search crews are able to comb through areas severely damaged and destroyed by the storms.

“I’m afraid we may see more just based on the destruction,” Jones said.

The tornadoes slammed areas from Beauregard to Smiths Station, Alabama, in rural Lee County. The damage is widespread, but the most severe damage is to a mobile home community near Beauregard.

Search and rescue operations were called off Sunday evening at 10 p.m., when the darkness and cold made it too dangerous to sift through ripped up metal and wood. Cars were flipped, homes ripped from their slabs and trees snapped in half.

Search and rescue will continue Monday as the sun rises.

State resources, law enforcement, fire and search resources from neighboring emergency agencies and others have been called in to help. Unmanned drones with heat-seeking equipment and other aircraft are being used.

Auburn and Auburn University were spared from the storm.

East Alabama Medical Center, a local hospital in Opelika, said they treated at least 40 patients with injuries resulting from the storm. Other hospitals also received patients. The number of injured is unknown, but is likely above 50.