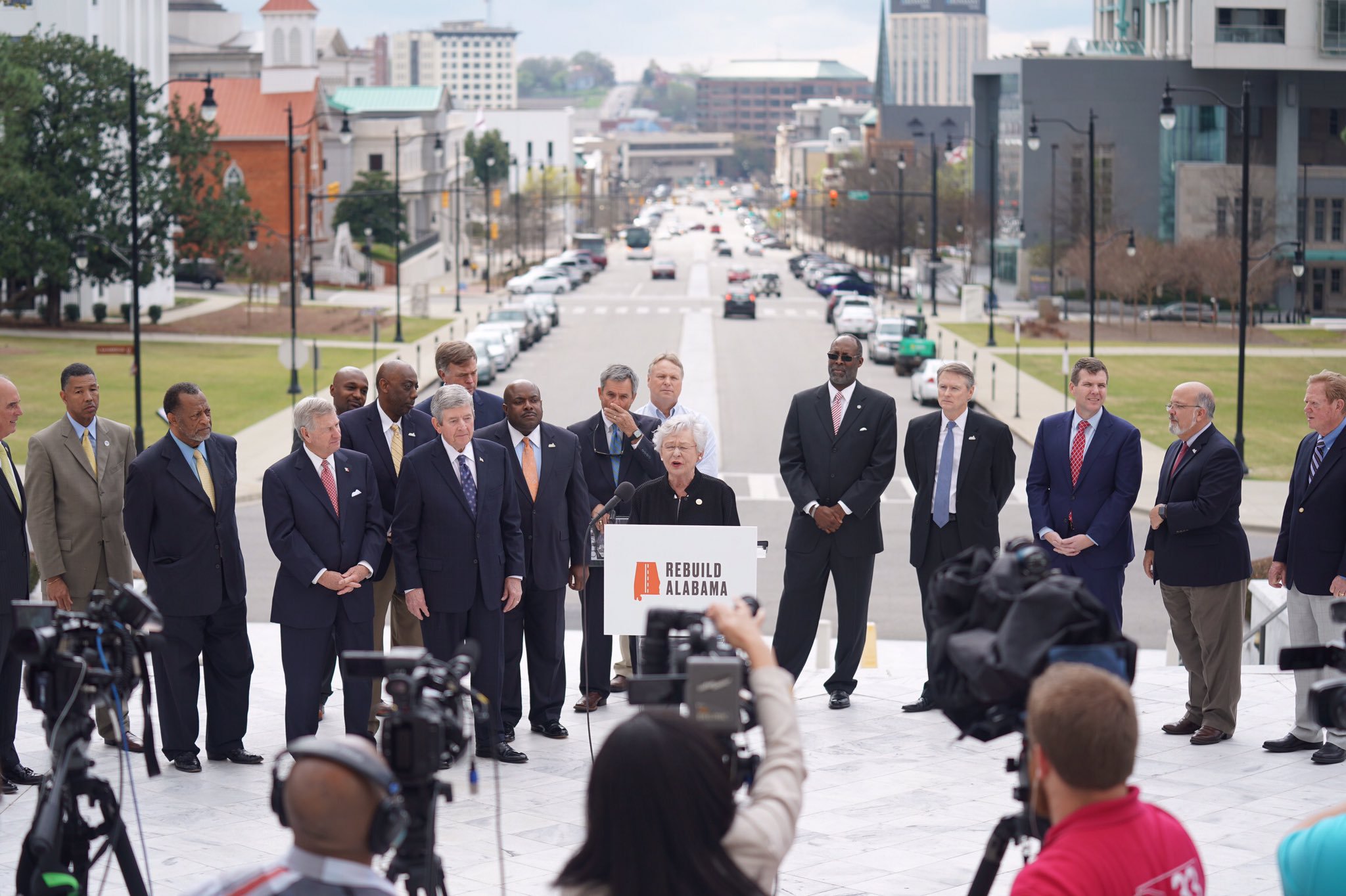 Municipal leaders from across the state joined Gov. Kay Ivey at the State Capitol on Friday, March 1, for a press conference on her Rebuild Alabama Infrastructure Plan.

The tax increase will be phased in over the next three years.

Money from the tax increase will be dispersed between state, county and municipal government in Alabama to fund transportation infrastructure improvement, preservation and maintenance projects. A separate portion of the revenue will go to Alabama State Docks to finance improvements to the ship channel.

The plan is supported by the Alabama League of Municipalities, a nonpartisan membership organization that advocates for effective local leadership.

“More than half of Alabama’s citizens live, work and play in municipalities,” said Greg Cochran, the director of the Alabama League of Municipalities. “The league and its advocacy team have been at every stakeholder meeting and engaged in conversation around this critical issue for the past three years. We appreciate Gov. Ivey and legislation working with the league to ensure our local infrastructure needs are recognized.”