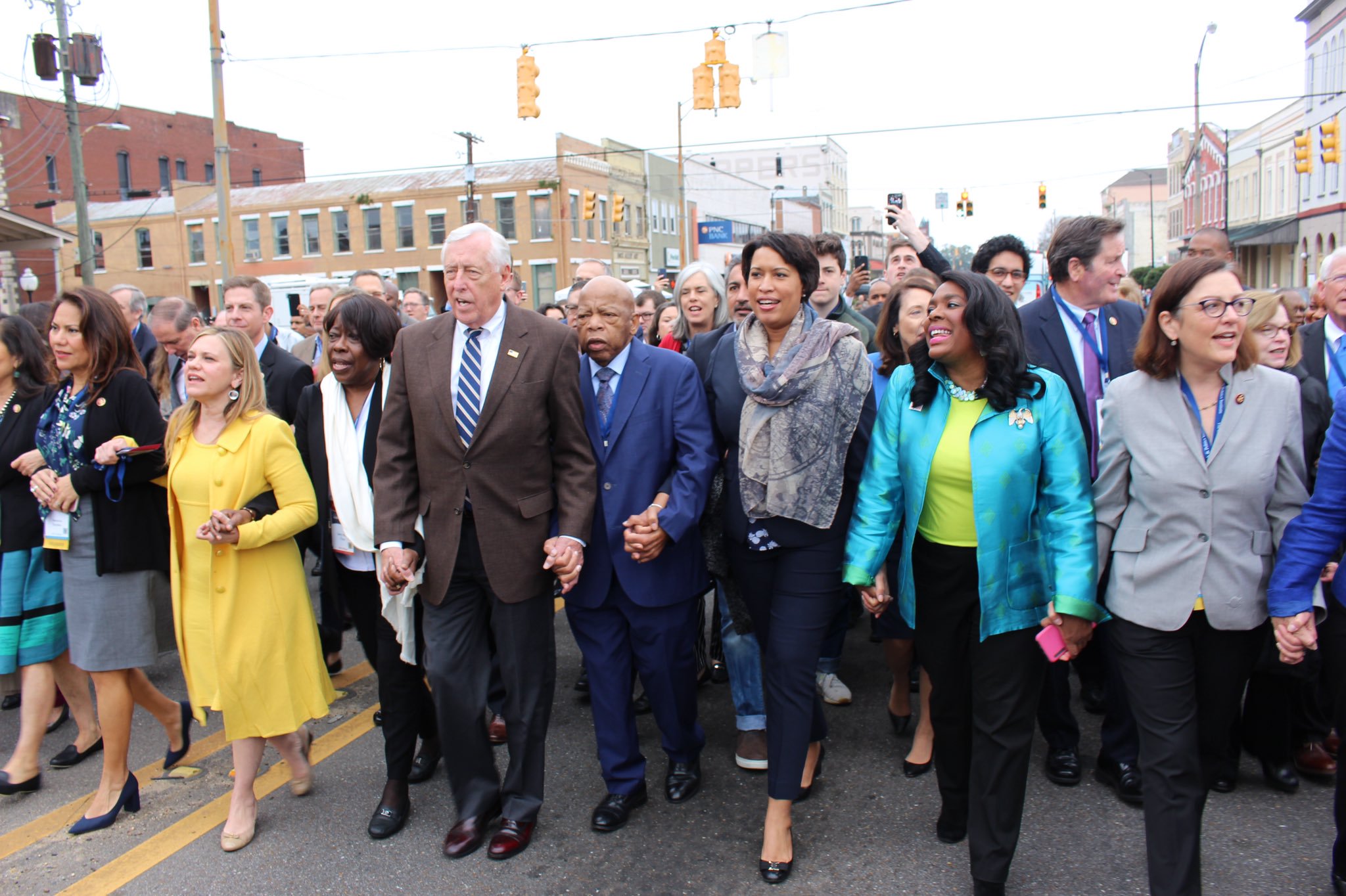 Over 50 members of the United States Congress visited Alabama for the annual Civil Rights Pilgrimage on Friday.

The Congress members visited the 16th Street Baptist Church in Birmingham, which was bombed in 1963, killing four little girls. The members of Congress attended a play about the life, times and tragic deaths of the four little girls. Following the event at the church, the congressional delegation toured the Birmingham Civil Rights Institute, where they spoke to reporters.

This year’s pilgrimage was hosted by Rep. Terri A. Sewell, D-Alabama, Rep. Martha Roby, R-Alabama, U.S. Sen. Doug Jones, D-Alabama, and Rep. John Lewis, D-Georgia, who grew up in Troy and was a participant in the Civil Rights Movement including the voting rights march from Selma to Montgomery.

“Every time I come back to Alabama, I am very proud to see the distance that we have come and the progress we have made,” Lewis said.

“It is amazing to be in that Church in your presence today,” Jones said to Lewis.

Jones said the tragedy of the 16th Street Baptist Church bombing woke the consciousness of America and The Voting Rights Act was passed in 1965 due to what happened in Selma.

“I am so proud of Terry Sewell,” Hoyer said.

“It is such an honor for me every year to welcome Faith and Politics to Alabama,” Sewell said. “I walk the halls of Congress because of John Lewis.”

The Faith and Politics Institute is the organization that leads the Civil Rights Pilgrimage with John Lewis every year.

“If we don’t tell our stories, other will,” Sewell said. “We must embrace our history — both the good and the bad.”

“I would like to thank Congresswoman Terri Sewell and the entire delegation and especially John Lewis,” said Randall Woodfin, mayor of Birmingham.

Rep. Bradley Byrne, R-Alabama, said in 1963, he was just 8 years old and did not understand at the time all of the politics of the moment, but he was affected by and understood the deaths of the four little girls. Byrne said he was looking at the data on the vote of the Voting Rights Act of 1965 and the vote was very bipartisan and a slightly higher percentage of Republicans voted for it than Democrats.

Hoyer said the leadership intends to bring the new voting rights bill to the floor next week and praised the work that Sewell and Lewis have done on it.

“We think there are still problems around the country,” Hoyer said. “Voting is at the heart of a democracy.”

Roby joined the delegation in Montgomery as did Speaker Nancy Pelosi, D-California, and former Secretary of State Hillary Clinton.

On Saturday, the delegation visited Montgomery’s National Memorial for Peace and Justice and had a dinner reception with Gov. Kay Ivey.

The annual service commemorates the 1965 Selma Movement for Voting Rights and the watershed Bloody Sunday march where demonstrators were beaten back by Alabama State Troopers while trying to cross the Edmund Pettus Bridge in a march to Montgomery to ask for voting rights. The gathered dignitaries recreated that bridge crossing Sunday afternoon.