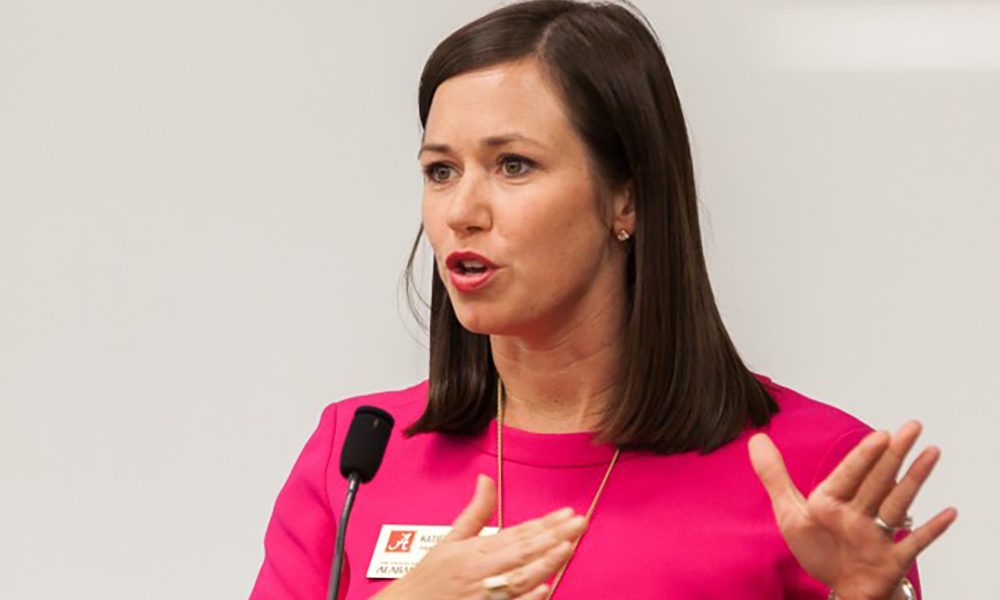 If Gov. Kay Ivey’s Build Alabama Act passes, she can point to one of her top allies for its success.

Business Council of Alabama President and CEO Katie Boyd Britt is standing with Ivey, working diligently in private meetings and public forums to ensure that lawmakers and stakeholders are aware of the benefits of passing infrastructure legislation that will lead to a more prosperous state.

“The road to our future must be paved,” Britt said in response to Ivey’s plan.

“Alabama’s transportation system is the backbone of the state’s economy and is crucial to our economic growth, and I commend Gov. Ivey for making this a priority of her Administration,” Britt said.

Canary’s ham-handed, hard-nosed tactics left legislators disgruntled and angry. However, Britt’s inclusive approach is warming even hardened lawmakers to have an open mind during the process.

Britt, whose job is to represent the business community, is reaching out not only to Republican power brokers but to minority and rural interests in a bid to build consensus.

“Katie Britt reached out to me her very first day on the job,” said Republican Randall Shedd, Chairman of the House Urban and Rural Development Committee. “A few days later, she met with Rep. David Standridge (Chairman of House Rural Caucus) and me at the Statehouse for detailed discussion.”

“I’m convinced she really cares and is all-inclusive,” Shedd said further elaborated on Britt. “I think with her energy, experience and intellect she will use her organization to do good things for Alabama.”

Learning the art of building coalitions from Alabama’s senior U.S. Sen. Richard Shelby, Britt is showing how years of aiding Shelby in navigating election and Washington D.C turmoil can lead to success on Goat Hill.

Britt is not only looking to build physical roads and bridges to improve the state’s future through the infrastructure initiative, she is also paving personal pathways and spanning ideologies so that all businesses from small to large have a shared sense of purpose and worth.

“She is doing a great job of bringing people together,” said Anthony Daniels, minority House leader.  He recounts that Britt contacted him before she officially began her tenure at BCA and has continued her outreach since. “She has met with our caucus and has also met privately with individuals members to make sure she understands our issues,” said Daniels.”

BCA’s attention in the last several years has been solely focused on the upper echelon of Republican leaders. Britt is putting energy and time into growing BCA’s base of support.

Having served on Shelby’s campaigns as well as being his chief of staff, Britt knows the ins and outs of government, but in a town like Montgomery, where ignorant prejudices are engrained, Britt, like many females and minorities, has to work doubly hard to prove herself.

The capital city is also a place where suspicion and intrigue are always at hand, but those who know Britt best say she is weathering even the most turbulent days with grit and grace.

Her first public test is playing out in realtime as the Legislature debates the need to rebuild the state’s infrastructure.

Standing with Ivey is a smart first move. Passing the infrastructure plan is one that will also show she is standing strong on her own.

Barclays had come under fire after pledging in 2019 to cut ties with private prison companies.