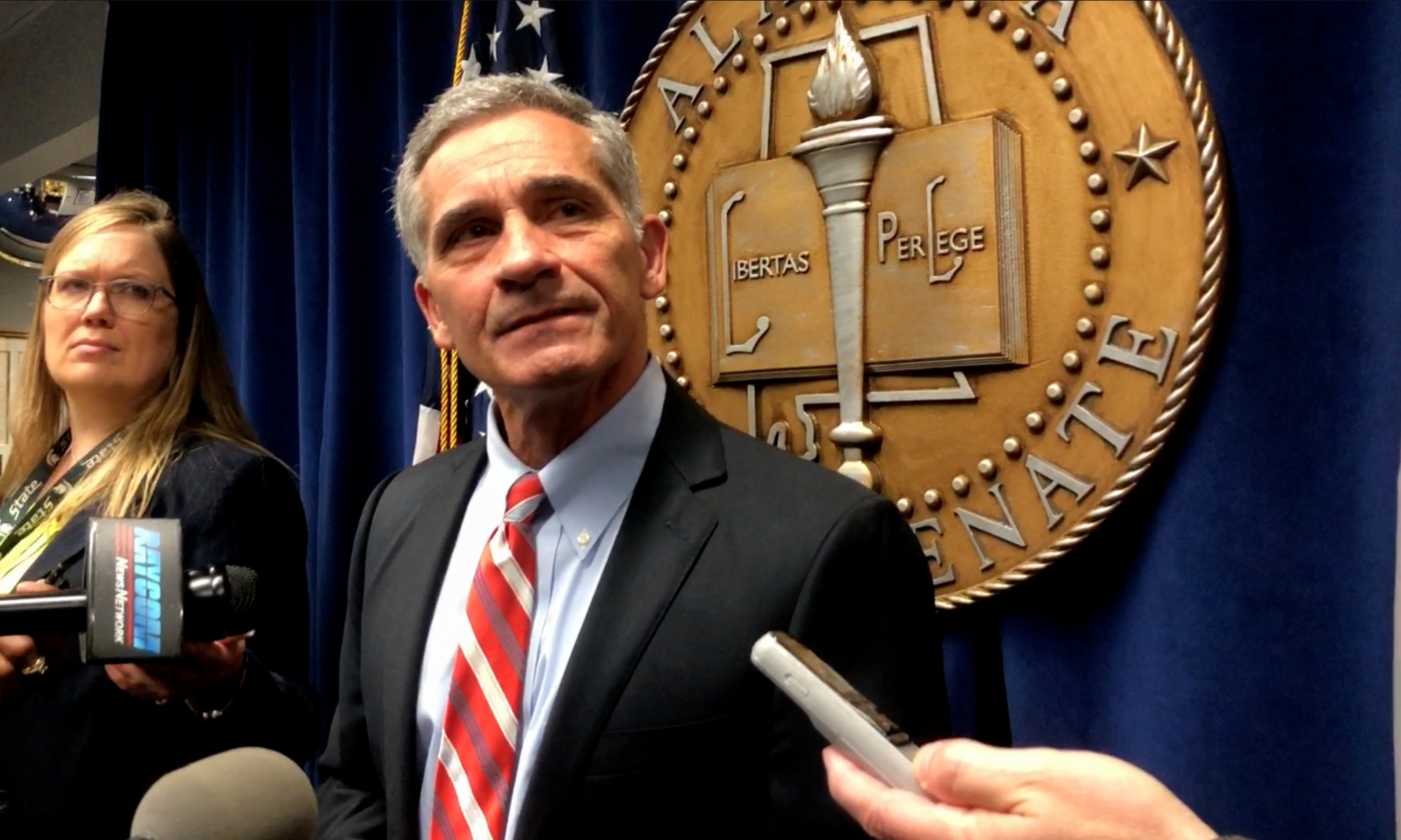 On Wednesday, numerous lawmakers told APR that they had been informed by lobbyists working for the Poarch Band of Creek Indians that Senate President Del Marsh was expected to sponsor a “more tribe-friendly” gambling bill after meeting with PCI leaders.

That bill would counter one offered on Tuesday by Sen. Jim McClendon. Oddly, Marsh is listed as a co-sponsor on the McClendon bill.

According to those familiar with the new bill, it would offer Alabama voters only the option for voting on a lottery — an option that would ensure the Poarch Creeks maintain a gaming monopoly in Alabama and continue to rake in billions of dollars annually while paying no taxes.

The key differences between that bill and the one McClendon offered on Tuesday, the sources said, is that the new bill removes opportunities for the state to earn revenue at a later date from sports wagering and it removes the portion that allows the state’s four greyhound tracks to operate video lottery terminals (VLTs), which are the electronic equivalents of lottery scratch-offs.

But the biggest difference is money.

While the state will receive revenue from the lottery, it will miss out on potentially hundreds of millions of dollars in tax revenue from the VLTs, which would be taxed at around 25 percent. At that rate, judging by the revenue generated by PCI’s three casinos that operate electronic bingo machines (which are somewhat similar to VLTs), Alabama could make more than $150 million annually in tax revenue.

Of course, the stakes are also high for the Poarch Creeks, which see the possibility of competition for their tax-free gaming monopoly. The tribe’s annual profits are reportedly in the $1 billion range and it is sitting on a pile of cash.

Over the last several years, PCI has offered to bail the state out of a $250 million budget hole in exchange for gaming exclusivity. It has also purchased a Pennsylvania casino for $1.3 billion and bought other major casino properties in the Caribbean islands, Louisiana and Nevada. That is in addition to spending hundreds of millions to upgrade their casinos in Montgomery and Wetumpka.

The spoils of operating gaming facilities without the burden of supporting the local and state economies.

It’s no surprise that the tribe is fighting hard against McClendon’s proposal. On Wednesday, lawmakers entered their offices at the State House to find letters from PCI CEO Stephanie Bryan had been slid under their doors.

The letters reiterated to the lawmakers that the tribe would be supportive only of a “clean lottery bill.” It also stated that passage of a lottery wouldn’t necessarily mean that the Poarch Creeks could expand the games they offer at their casinos.

Bryan also told lawmakers that PCI is considering drafting legislation for a compact with the state of Alabama.

But the situation also highlights the tough spot PCI is in. The tribe already offers gambling that is roughly equal to the VLTs that would be approved in McClendon’s bill. So, there’s no argument to be made against an expansion of gambling.