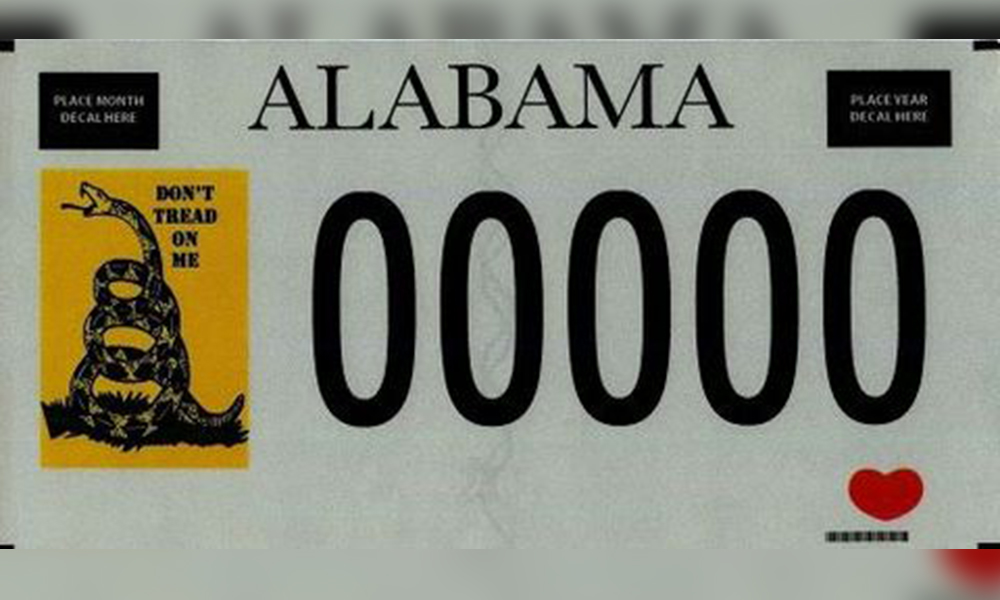 Many Alabamians donate to their favorite charities by buying license plates that feature colorful tags. Helping schools, University of Alabama, Auburn University, all the other colleges and universities in the state, the Shriners, the National Turkey Foundation, Alabama Cattleman’s Association, Sons of Confederate Veterans, autism, realtors, fire fighters, etc.

In all, Alabama offers over 50 distinctive specialty plates, including the Foundation for Moral Law. Specialty plates sell for $50 with $41.25 going to the group sponsoring the plate.

The Foundation for Moral Law collected $85,000 from the sale of their specialty plate.

Kayla Moore said on social media in response to the article: “Notice how they talk about this but NEVER print ONE word about ALL the cases we are involved in?? We have filed and fought against Planned Parenthood, fought against Freedom from Religion removing God from our society across this nation, fought against the Gas Tax, filed and fought along side the President, Vice President and Attorney General in many cases to support them and protecting our border…THANK YOU ALABAMA for your support! Just letting you know where it really goes! And for the record-it is NOT the Roy Moore Foundation and Judge Moore receives NO funds. His time is donated, works for free. Setting the record straight.”

The Gadsden flag is a yellow field with a rattlesnake coiled and ready to strike. Positioned below the rattlesnake are the words “DONT TREAD ON ME.” The flag is named after American general and politician Christopher Gadsden (1724–1805), who designed it in 1775 during the American Revolution. It was used by the Continental Marines as an early motto flag, along with the Moultrie flag. (Wikipedia) The flag is commonly used by Tea Party groups and Second Amendment supporters.

The specialty license plates for the foundation began selling in 2014.

According to the original reporting by AL.com, in 2015, the state sold 1,260 of the Foundation for Moral Law car tags, generating $51,975 for the foundation.

The Foundation for Moral Law was founded in 2003 by then-Alabama Chief Justice Roy Moore.

The Foundation for Moral Law license plates, and other specialty plates can be purchased at:

The 50 top selling plates are at the Alabama Department of Revenue’s specialty license plates page.

(An earlier version of this article suggested that the Foundation plate was not on the website.  I was not aware that there was a second page.)