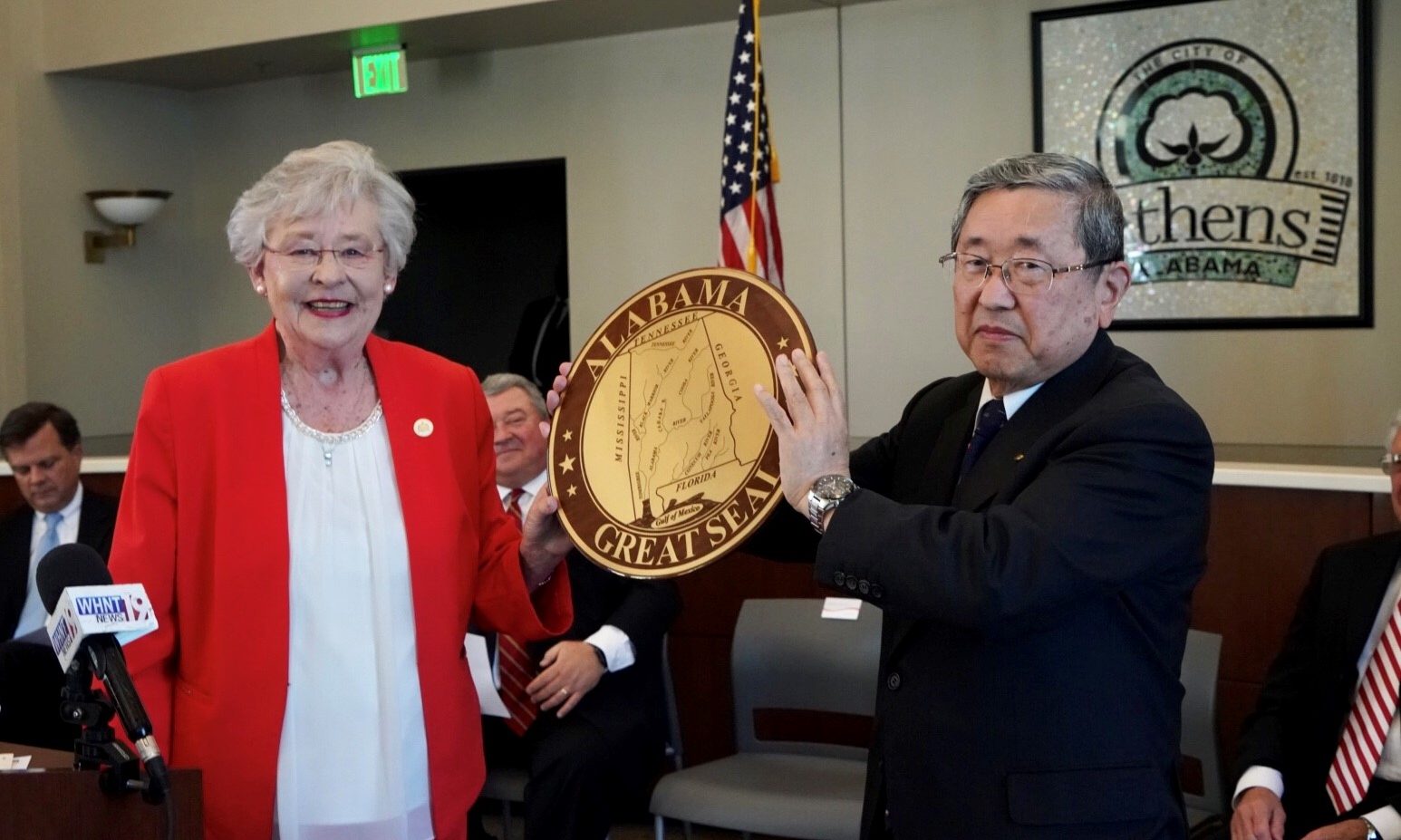 At full production, the manufacturing facility will support about 400 jobs in Limestone County.

The new factory will produce seat systems for vehicles built at the $1.6 billion Mazda Toyota manufacturing facility in Huntsville. The Toyota Boshoku plant is one of the first auto suppliers to locate in Limestone County after the Mazda Toyota facility plans were unveiled last year.

Officials expect many more “indirect jobs” to come to Alabama because of the Mazda Toyota plant, which is a joint venture assembly plant the automakers are constructing about 30 miles away in Huntsville. Vehicles will be assembled at that plan beginning in 2021.

“Toyota Boshoku is a premier manufacturer of automotive interior systems and a welcome addition to Alabama’s growing constellation of world-class auto suppliers,” Ivey said. “We look forward to seeing the company put down roots in Athens and know that it will find all the ingredients for success in Sweet Home Alabama.”

The company’s plans were outlined Wednesday at a formal announcement at Athens City Hall.

“When we began our search for a new site to build our production facility, we looked at many locations,” said Dr. Shuhei Toyoda of Toyota Boshoku. “After an extensive search, we determined that Athens, Alabama, is the perfect fit.  We are grateful for the assistance from the State of Alabama, the City of Athens and Limestone County to make this project a reality.”

The new facility will be located in the Breeding North Industrial Park in Athens, where the company is anticipating starting construction around May 1, 2019.

Construction began on the Mazda Toyota plan in November 2018 at a 2,500-acre site in Limestone County.

The two large automakers plan to invest $1.6 billion in the Alabama facility, where 4,000 workers will produce 300,000 vehicles annually at full production.

“Alabama’s economic development team has been working hard to facilitate the formation of the supply chain for MTMUS, and Toyota Boshoku’s decision to locate in Athens will add momentum to our efforts,” said Greg Canfield, secretary of the Alabama Department of Commerce. “We expect to develop a long-lasting partnership with this outstanding company as it creates well-paying jobs in Alabama.”

“Athens attracting one of the first Tier 1 suppliers for MTMUS speaks to our city’s attractiveness as a community and our great working relationship with several entities on industrial development,” Mayor Ronnie Marks said. “From the State of Alabama to our Limestone County Economic Development Association and our other partners, we work well together to help industries invest in our community and provide jobs for our citizens. Athens appreciates Toyota Boshoku being the latest to invest in our city.”

Toyota Boshoku Corporation, a member of the Toyota group of companies, develops and manufactures automotive interior systems and other components.

Its founding company, Toyoda Boshoku, was established by the founder of Toyota group, Sakichi Toyoda in 1918. It has manufacturing facilities across the United States including in Tennessee, Illinois, Indiana, Mississippi, South Carolina and Kentucky.

“We would like to welcome Toyota Boshoku America to Limestone County,” said Limestone County Commission Chairman Collin Daly. “This over $50 million investment that will bring around 400 new jobs is a testament to the strong workforce in our region that has earned global recognition.”

Toyota Boshoku has extensive manufacturing operations in Japan, other parts of Asia, Europe and the Americas.

Toyota Boshoku America, based in Erlanger, Kentucky, employs more than 11,000 people in 20 locations throughout the United States, Canada, Mexico, Brazil and Argentina.

Opinion | Looking forward. It’s all there is

"We lost a lot of things. But they are things."