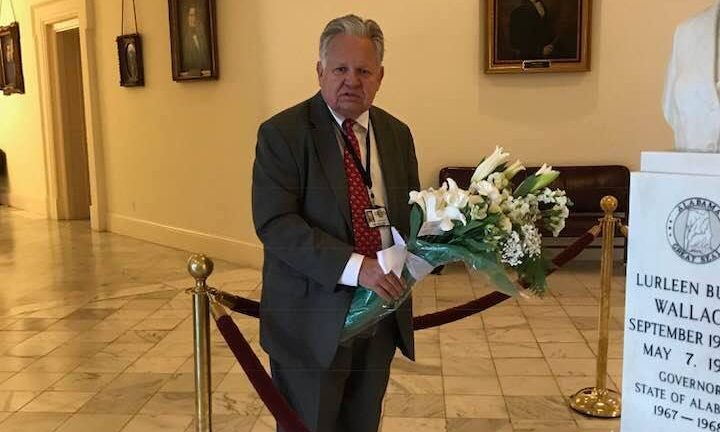 For decades, the portraits of Alabama Govs. Lurleen Wallace and George Wallace hung in the Capitol rotunda. During the eventful second term of former Gov. Robert Bentley, that policy was changed, arguably by the Alabama Historical Commission, and the portraits in the rotunda became the most current governors, then Bentley and Bob Riley.

State Auditor Jim Zeigler loudly objected to this change in 2015 and released a statement on Tuesday stating that he has not changed his position.

Zeigler is serving in his second term as state Auditor. He previously served as Public Service Commissioner. He has formed an exploratory campaign for running for the U.S. Senate seat currently held by Doug Jones (D). Zeigler is a retired eldercare attorney, a graduate of the University of Alabama where he was class President, resides in Mobile, grew up in Sylacauga, and is married to Alabama State School Board member Jackie Zeigler (R).