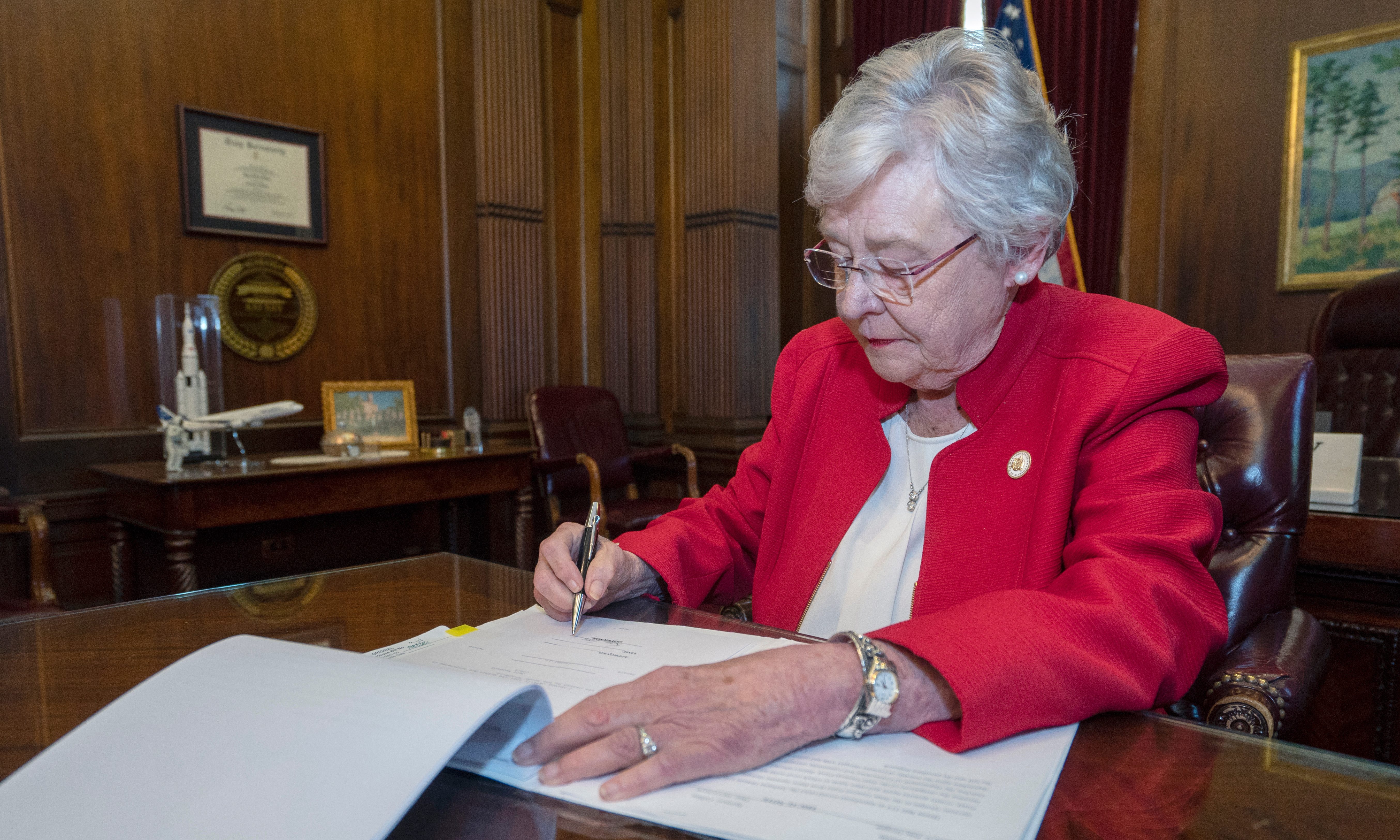 Gov. Kay Ivey Wednesday signed into law the Alabama Human Life Protection Act, a bill that would ban nearly all abortions in the state if it ever goes into effect.

House Bill 314 was sponsored by State Rep. Terri Collins, R-Decatur. On Tuesday, the Senate passed the bill without amendment sending it to the governor.

“Today, I signed into law the Alabama Human Life Protection Act, a bill that was approved by overwhelming majorities in both chambers of the Legislature,” Ivey said. “To the bill’s many supporters, this legislation stands as a powerful testament to Alabamians’ deeply held belief that every life is precious and that every life is a sacred gift from God.”

The bill would make performing an abortion in Alabama a Class A felony. Doctors who perform an abortion in defiance of this law could be sentenced to spend 99 years in prison. The woman would be held blameless. The only exception is to protect the health of the mother. There is no exception for rape or incest.

“To all Alabamians, I assure you that we will continue to follow the rule of law,” Ivey continued. “In all meaningful respects, this bill closely resembles an abortion ban that has been a part of Alabama law for well over 100 years. As today’s bill itself recognizes, that longstanding abortion law has been rendered “unenforceable as a result of the U.S. Supreme Court decision in Roe v. Wade.”

“No matter one’s personal view on abortion, we can all recognize that, at least for the short term, this bill may similarly be unenforceable,” Ivey admitted. “As citizens of this great country, we must always respect the authority of the U.S. Supreme Court even when we disagree with their decisions. Many Americans, myself included, disagreed when Roe v. Wade was handed down in 1973. The sponsors of this bill believe that it is time, once again, for the U.S. Supreme Court to revisit this important matter, and they believe this act may bring about the best opportunity for this to occur.”

The bill was carried in the Senate by State Sen. Clyde Chambliss, R-Prattville.

“I want to commend the bill sponsors, Rep. Terri Collins and Sen. Clyde Chambliss, for their strong leadership on this important issue,” Ivey concluded. “For the remainder of this session, I now urge all members of the Alabama Legislature to continue seeking the best ways possible to foster a better Alabama in all regards, from education to public safety. We must give every person the best chance for a quality life and a promising future.”

The state sponsors understand that the bill will be challenged in federal court by Alabama ACLU, Planned Parenthood Southeast and other pro-abortion groups; but hope that the case will be eventually heard by the U.S. Supreme Court and that the high court will overturn Roe v. Wade.

“This bill is about challenging Roe v. Wade and protecting the lives of the unborn because an unborn baby is a person who deserves love and protection,” Collins said.