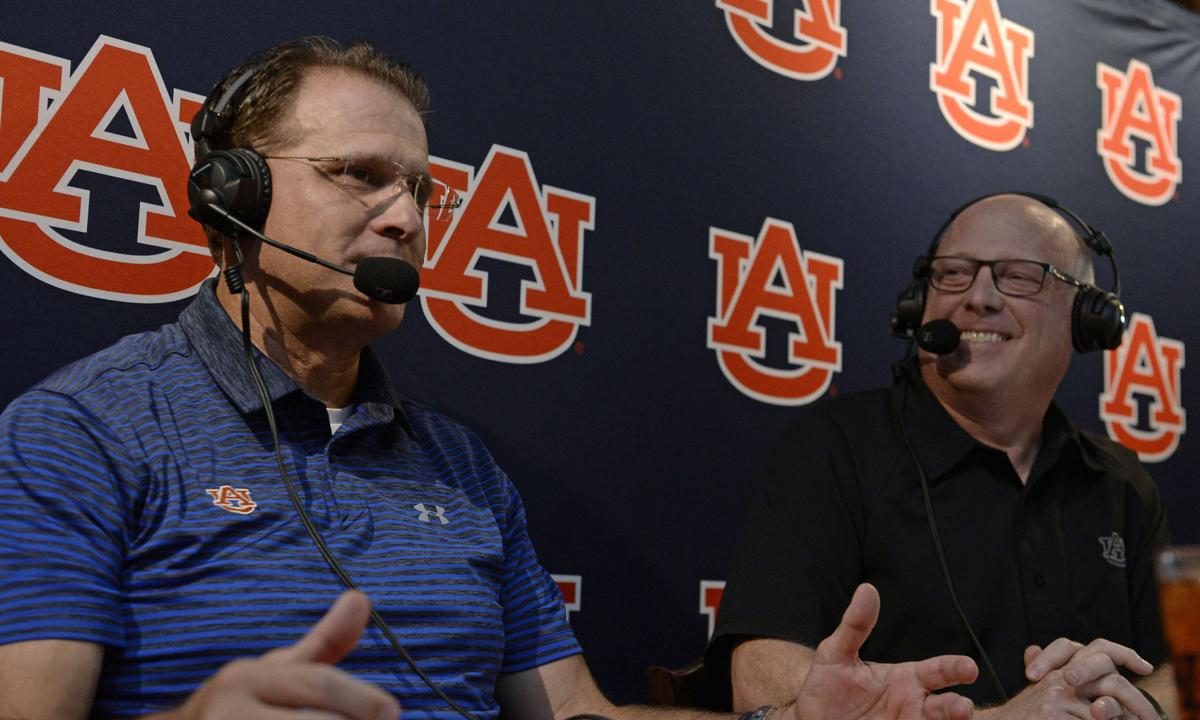 Rod Bramblett and his wife Paula both died in a car crash late on Saturday. Bramblett was the radio voice of Auburn athletics. He was 53 years old. She was 52.

Rod was airlifted to UAB Hospital. He later died from his injuries. Paula died at East Alabama Medical Center and was pronounced dead in the emergency room from multiple internal injuries.

The Bramblett’s SUV was rear-ended by a Jeep Grand Cherokee driven by an unnamed 16-year-old. The coroner reportedly said that alcohol was not believed to be a factor in the crash. The accident is still under investigation.

Auburn University said on social media, “Rod will always be the Voice of the Auburn Tigers. Please join the Auburn Family in praying for the Bramblett family.”

“Our hearts are full of grief,” Auburn University President Steven Leath said. “Janet and I offer our sympathy and support to the family of Rod and Paula Bramblett. The Auburn family loves you!””

Former Auburn football coach and GOP Senate candidate Tommy Tuberville said in a statement, “I join the Auburn Family in mourning the passing of Rod Bramlett and his wife Paula.”

“We served together at Auburn where he made many memorable calls during my time as head football coach,” Tuberville said. “He will be remembered as more than an award winning announcer, but as a man of great character that loved his family and the Auburn community. Saturday’s on the Plains will never be the same.”

Former Trump Victory Chair and former State Representative Perry O. Hooper Jr., R-Prattville, said told the Alabama Political Reporter, “As were all members of the Auburn Family Judy and I were devasted when we heard of the tragic death of Rob Bramblett and his wife Paula. I am almost at a loss of words when commenting on this man of so many words. It’s hard for me to remember when Rob was not a member of the Auburn broadcast team which he joined in 1992. He accepted a big challenge when he agreed to replace legendary Jim Fyffe as Auburn’s lead football announcer upon his death in 2003. But Rob was up to the challenge and he excelled. Two of the proudest moments as a dad were when I first head him call my sons name out while broadcasting an Auburn game. He made two of the most iconic calls in college football history in 2013: “The prayer at Jordan Hare’ and the never to be forgotten “Kick Six”. These led to him being named College Football Broadcaster of the year. In my opinion these are two of the greatest broadcast moments in sports history.”

“He was always ready to help out the Montgomery Quarterback when called upon to be a lead speaker. It was truly an honor to call him a friend of the Hooper family and he will be sorely missed,” Hooper said.

Bramblett has working for the Tigers radio since 1993 and has been the lead broadcaster since 2003. Both Rod and Paula were Auburn graduates and Alabama natives. Rod received his bachelor’s degree in political science and a minor in history in 1988. Paula graduated in 1991. Rod is from Valley and Paula from nearby Huguley.

“I’m heartbroken by the loss of Rod Bramblett and his wife Paula,” football coach Gus Malzahn said. “Rod was a true professional and was always a pleasure to work with. He loved Auburn and it showed in his work. As much as he loved Auburn, his family came first and foremost. This is a difficult time and we will continue to pray and offer our support to the Bramblett family, especially their children Shelby and Joshua.”

“It won’t be the same without Rod,” Basketball Coach Bruce Pearl said. “Ninety minutes before the game and 20 minutes after it, we spent time talking Auburn basketball. He loved Auburn, the student-athletes and the coaches and it showed every time he called a game. As good as he was at what he did, he was a better man. He was kind, considerate and selfless among so many other great qualities. Selfishly, I’ll miss my friend and his wife Paula. I just pray for their family.”

“I was proud to call Rod and Paula friends,” said Baseball Coach Butch Thompson. “What I think of most…Rod was often proud to say he was from Valley, Ala. He often spoke with pride about his loving wife and amazing children. He and Andy (Burcham) took pride in knowing the best places to eat around the SEC and always had an ‘open invitation’ for the coach. I cannot imagine a man more proud to be the Voice of the Auburn Tigers. Finally, what I BELIEVE the most….Let peace reside with us today knowing that his next broadcast will be in heaven. Eternal rest Rod and Paula Bramblett and thank you for 27 years of telling the story of Auburn Baseball.”

Rod and Paula are survived by their two children.