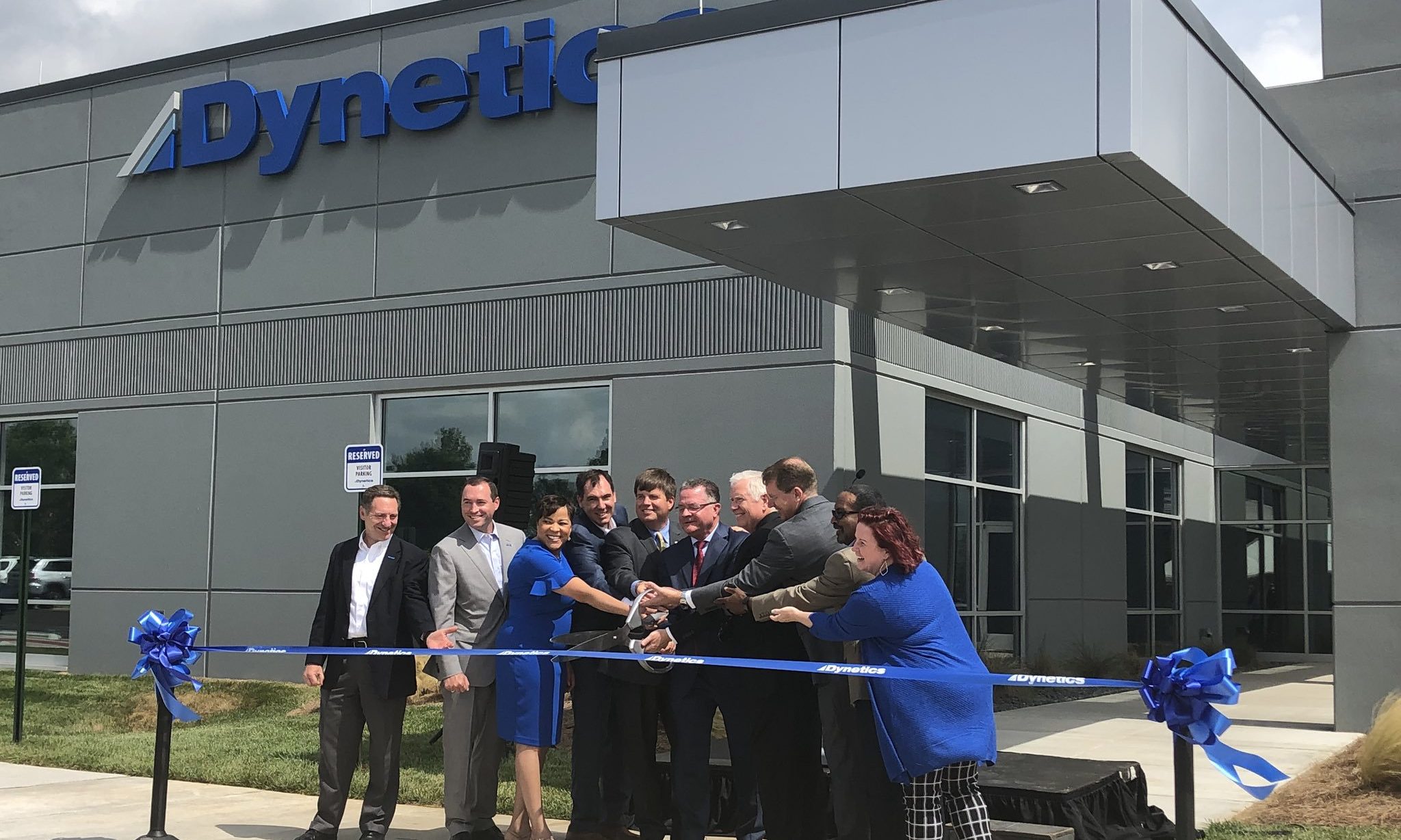 Dynetics held a ribbon cutting ceremony last week for their new advanced manufacturing facility at their main campus in Huntsville.

“I am incredibly proud of our team for having the foresight to create a facility that will be unique and adaptable to our customers’ needs. For years, we have wanted to fill a manufacturing niche where we can provide a smaller quantity of products while getting them into market in an efficient manner. Once we knew that we could provide a different level of service, we seized the opportunity. Our customers have been seeking this capability and Dynetics is glad to offer it,” said David King, Dynetics chief executive officer.

Congressman Mo Brooks (R-Huntsville) wrote, “Congratulations to Dynetics on the ribbon cutting and grand opening of their state-of-the-art Dr. Stephen M. Gilbert Advanced Manufacturing Facility in Cummings Research Park. This is the sixth building on the Dynetics’ headquarters campus and will allow customers to design, prototype, and manufacture their projects in one location. It’s great to see Dynetics expand their presence in the Tennessee Valley, and I wish them continued success.”

Economic developer Nicole Jones told the Alabama Political Reporter, “Since 1974, Dynetics has been an integral part of Huntsville’s business climate. Started by two engineers, Hershel Matheny and Dr. Steve Gilbert, the company grew from 25 employees in its early days in Huntsville to over 2,030 employees in nine locations throughout the United States. Dynetics is now a 100% employee owned organization, making it the seventy-sixth (76th) largest majority employee-stock ownership plan (ESOP)-owned company in the nation and the second largest in Alabama. It brings us great joy to witness this fantastic organization’s steady growth over the years; Dynetics employs a deserving group of leaders always willing to give back to our community.”

GroundAware® is a family of reconfigurable, short and long-range surveillance sensors for real-time situational awareness of critical infrastructure.

Skilled technicians and engineers can provide and test cable harness solutions for aerospace and defense partners.

The final product assembly of large and small systems allows for the company to bring together electrical and mechanical components and build complete systems in a single production area.

The facility is named in memory of one of the company’s co-founders, Dr. Stephen Gilbert, who passed away in 2017.