The Alabama Charter School Commission is a mess.

Friday morning, the 10-member Commission, which has, apparently, full authority to approve or deny charter schools that suck millions of dollars from our already underfunded Alabama public schools, will meet with just four members in good standing.

The chairman of the Commission, Mac Buttram, and three more members had their terms expire last week. No one bothered to either re-appoint them or to select replacements for them. Those duties fall to the governor, the Speaker of the House and the Senate president to nominate members and for the state school board to approve them. Between that group, one person has been nominated and approved in the last three months.

The approval of Woodland was so drastically flawed that even state superintendent Eric Mackey, who has up to this point in his tenure as the public schools chief displayed the courage of a field mouse in political matters, penned a letter raising serious concerns about Woodland Prep. (Every single concern was raised by APR in multiple columns written two months ago.)

The school is also facing opposition from Washington County residents, teachers and public employees. The AEA and the Southern Poverty Law Center have each written letters condemning the charter school’s approval. And last month, on the floor of the Alabama House, Republican state reps ripped to absolute shreds the approval process.

And while, yeah, Woodland Prep has all the makings of a future cautionary tale for states considering charter schools — particularly those that are operated by out-of-state, for-profit entities — it’s also important to remember one thing: It never should have been approved.

In that regard, there is but one entity to blame: The Alabama Legislature.

Because the Alabama Legislature cares far more about flash than about substance when it comes to passing laws, Alabama is stuck with one of the worst charter school laws in America. It’s so bad that officials from Mississippi are laughing at us.

No, for real. In reporting on the Woodland Prep mess, longtime education reporter and APR contributor Larry Lee reached out to public school officials in Mississippi to compare the laws. They chuckled when they heard Alabama didn’t forbid for-profit companies from serving as management companies for the charters.

And it’s actually much worse.

That’s why Mackey wrote a letter asking the Commission not to approve Woodland, instead of demanding that it revoke its earlier approval. No one is quite sure if the superintendent or state board has such authority.

And if it does, it’s not a given that any of them want it.

Because the Charter School Commission has been quite busy violating the charter school laws, primarily by ignoring the biggest guarantee that state lawmakers made when the law was passed: That the Commission would approve only charters that met national standards.

To ensure that was the case, state lawmakers approved a contract with the National Association of Charter School Authorizers, which is one of the top entities in America for reviewing charter school applications.

But the NACSA kept turning down applications because they failed to meet their standards. And with pressure mounting on the Commission to approve more charters and get that public education money flowing into private hands, the Commission took a different approach.

It hired the Auburn Center for Evaluation — a group that had zero experience reviewing charter contracts prior to being hired by the Commission. Which was the point.

The Commission sent the Auburn Center a rubric with several areas of evaluation spelled out. The folks at the Center then just had to read through the applications and make sure they addressed each specification. Which, by all accounts, is exactly what the Auburn Center did.

The problem, though, is that such a review doesn’t live up to ensuring that the charters are meeting national standards. Or any standards.

That’s because, according to two experts who reviewed reports from both NACSA and the Auburn Center, where the NACSA was diving into the various aspects of an application, and using its experience in the field to determine, for example, that an applicant’s financial plan was actually workable, the Auburn Center was mostly just ensuring that a financial plan was in place.

That’s not a knock on the Center. It did what it was hired to do, and it performed exactly as expected.

At least three applications that were rejected by the NACSA were later approved by the Auburn Center. It’s unclear if those applications were amended between the two reviews.

The Commission has now approved more charter schools that failed to meet national standards than ones that did.

That’s a problem. And one that should be addressed by a group of lawmakers who promised the public that the horror stories from other states’ charter schools wouldn’t become realities in Alabama.

Instead, it’s all become a giant mess. 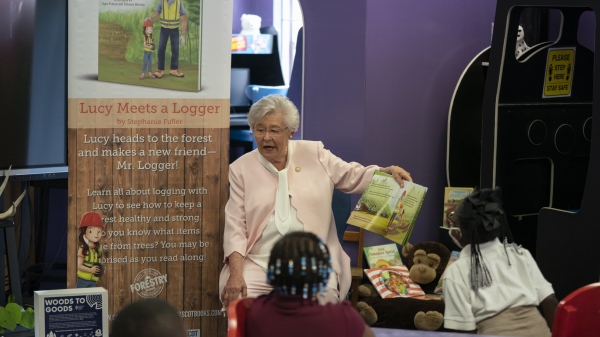 The delay would allow state officials to obtain more data on the effects of the pandemic on students' test scores.