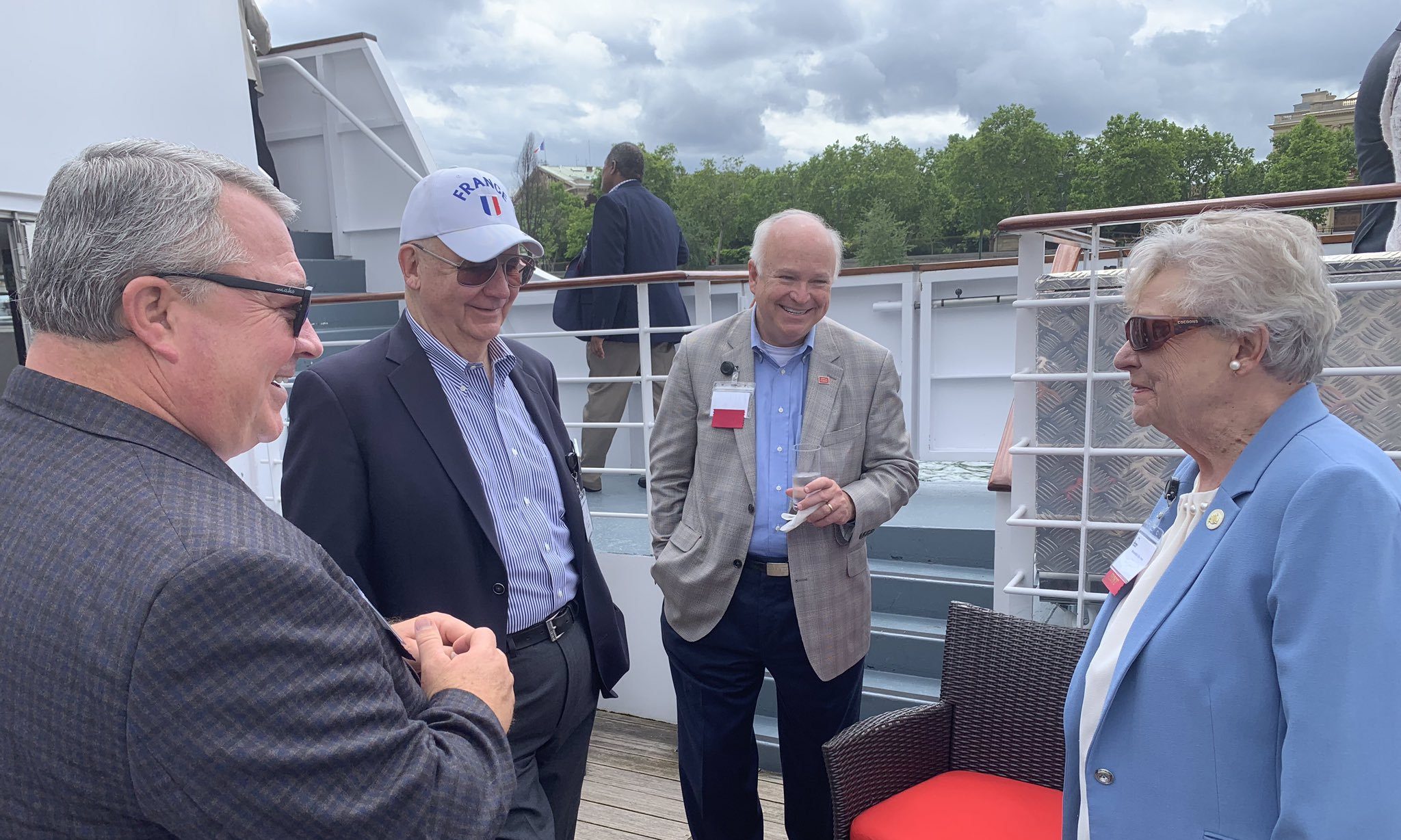 Gov. Kay Ivey is leading a delegation to next week’s 2019 Paris Air Show to meet with high-ranking aerospace industry executives. Ivey will also travel to Germany to meet with executives from Mercedes-Benz.

“At the Paris Air Show, I want decision-makers in the aerospace industry to know one thing: The ideal location for new investment and jobs is Sweet Home Alabama,” Ivey said.

“Alabama has long been a leading state for aerospace, and we have set a strategic goal of growing our base in this important industry,” Ivey said.

Work began on Sunday meeting with industry officials at networking events. On Monday, Ivey, Canfield and a small Alabama working team will participate in pre-arranged meetings with executives from aerospace companies such as Raytheon, Blue Origin and the United Launch Alliance.

“The aerospace sector is one of our key targets for growth, and the sky is our limit as far as opportunities,” Canfield said. “While in Paris, we will have the opportunity to meet with C-suit executives for some of the world’s most notable aerospace companies and to position Alabama for future growth in this sector.”

The air show comes midst a boom in Alabama’s aerospace industry. In 2018, aerospace and defense companies announced plans for over $650 million in new capital investment in Alabama, spurring the creation of nearly 1,450 anticipated jobs, according to projections by the Alabama Department of Commerce. Huntsville was home to 3,930 aerospace engineers in 2018, more than any other metropolitan area in the U.S.

On Tuesday, Ivey and Canfield will be traveling to Stuttgart, Germany, to meet with key leaders from Mercedes-Benz in an effort to renew relationships with the company, one of Alabama’s largest corporate investors. Mercedes has invested $6 billion in Alabama at the Tuscaloosa County assembly plant and is currently developing a second campus in Bibb County.

“We’re proud to call Mercedes a partner, and we’re excited about the future that we are building together in Alabama,” Canfield said. “Mercedes has been a great ambassador for Alabama, and we are fully committed to supporting the company and its hard-working employees in the state.”

Bob Smith, assistant director of business development-European strategy and Commerce’s point man on aerospace will remain at the air show on Tuesday and Wednesday for additional meetings while Ivey and Canfield are in Germany.