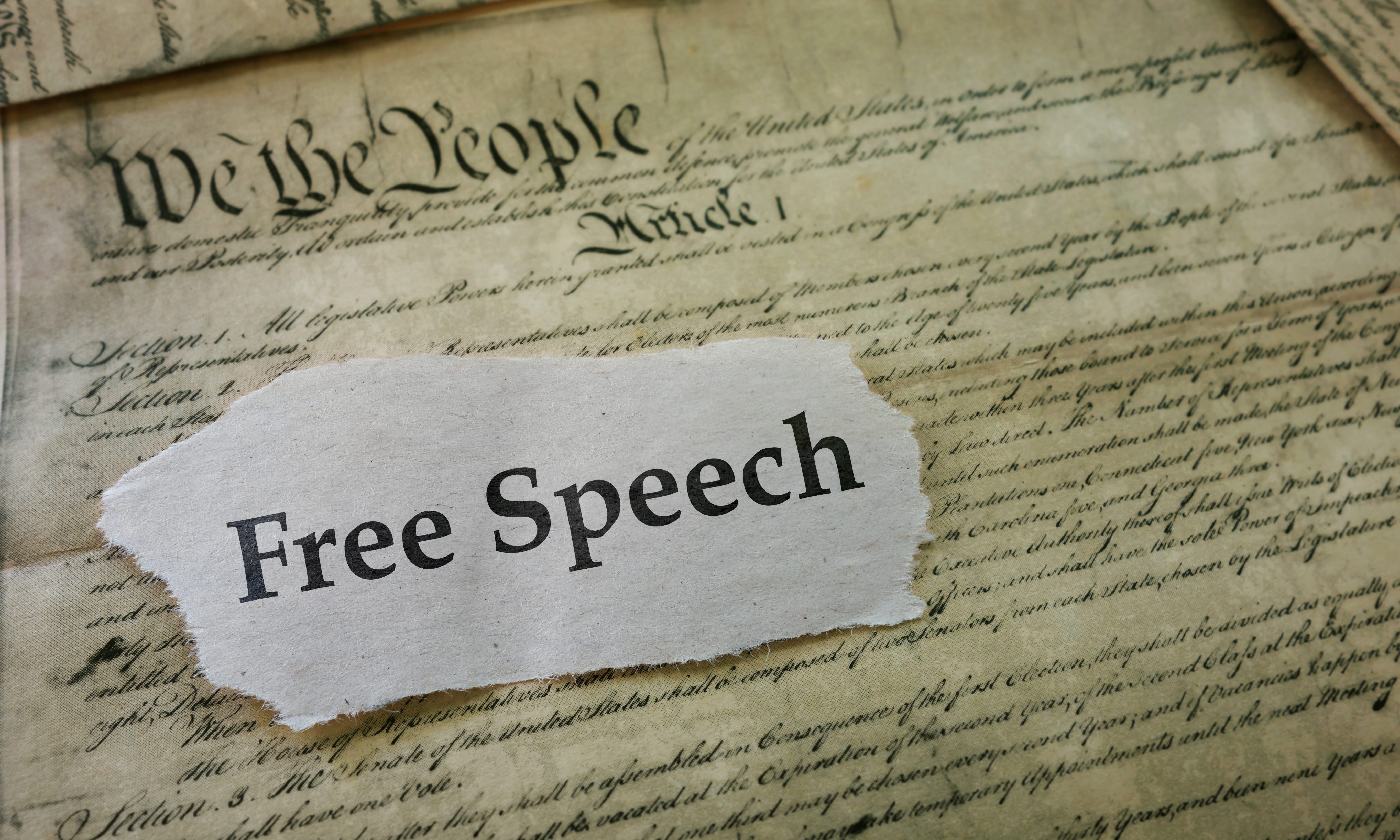 Alabama has been in the news lately for recently passing the nation’s strongest anti-abortion rights law, but it also just enacted what is being hailed by one expert as “one of the most comprehensive and effective campus free-speech laws in the country,”

Last week Gov. Kay Ivey signed a law requiring the state’s public colleges and universities to adopt a number of significant policies and procedures to protect free speech on campus.

“Freedom of expression is critically important during the education experience of students, and each public institution of higher education should ensure free, robust and uninhibited debate and deliberation by students,” the law states.

It goes on to declare that it is not the proper role of schools to “shield individuals from speech that is protected by the First Amendment to the United States Constitution, including ideas and opinions the individuals may find unwelcome, disagreeable or offensive.”

The state’s powerful higher education lobby didn’t fight the bill, and the only opposition came from a handful of lawmakers who expressed concern that it offers protections to racist speech. But as shown in the landmark Skokie ruling, such protections are already offered by the United States Constitution.

Alabama’s strong move comes on the heels of a trend on college campuses that is chilling the free-speech rights of faculty, students and visiting speakers who dare mention controversial or unorthodox views.

In recent years some institutions of higher learning have created “free-speech zones,” which are meant to move certain discussions away from where they could offend listeners or be heard at all. Others have speech codes, which limit acceptable topics to an ever-shrinking list of progressive-leaning beliefs. And some quickly yield to the heckler’s veto, giving the power of censorship to a loud minority.

The issue has been mostly observed on campuses located in the progressive-leaning areas of the Northeast and the West Coast. But is campus free speech really a problem in conservative-leaning states like Alabama?

Yes, at least according to one expert who has helped draft other campus free-speech laws in other states.

“Although it’s sometimes argued that the campus free-speech crisis only affects deep-dyed blue states like California and Massachusetts, the problem is national,” wrote Stanley Kurtz, a senior fellow at the Ethics and Public Policy Center.

Kurtz noted how Alabama A&M recently made it on the “10 Worst Colleges for Free Speech” list maintained by the individual-rights advocacy group FIRE for having the most “red light” rated policies that, in their view, restrict free speech.

The Washington Examiner wrote an article last year accusing the University of West Alabama of having a “free-speech zone” by limiting any demonstrations to a spot near its student union building.

And at the University of South Alabama, an anti-abortion rights student club founded by Katherine Sweet was told that they had to set up their display on an arguably low-traffic portion of the campus that’s designated for free speech.

“I went to South thinking it would be a place where I could debate freely with other students, engage in discourse and ultimately learn from not only our professors, but each other,” Sweet wrote in an AL.com guest opinion article. “Aren’t universities supposed to be atmospheres that promote just that?”

Yes, and Alabama’s recent action seeks to ensure they do through various measures, including:

• Ensuring that faculty and students are free to take political positions, to express themselves in outdoor areas of the campus and to assemble, speak and pass out literature

• Prohibiting the establishment of any “free-speech zones”

• Forbidding the imposition of excessive security fees that discourage some speakers

“Free speech is the cornerstone of our rights as American citizens — and those First Amendment rights certainly apply to college students on university campuses,” said the bill’s sponsor, State Rep. Matt Fridy, R-Montevallo. “Around the country, there have been chilling examples where administrators and professors have discriminated against students. With this law, we are making it very clear that in Alabama, the First Amendment rights of all students, liberal or conservative, will be protected from unfair and discriminatory university speech policies.”

Indeed, yet it remains troubling that such legislation is even needed in a nation founded upon the unalienable freedoms of expressions recognize by our First Amendment.

Voltaire’s beliefs in freedom of expression were once famously summarized with the phrase, “I disapprove of what you say, but I will defend to the death your right to say it.”

But unless our lawmakers in other states follow Alabama’s lead, what you may hear on your local college campus could someday be, “I disapprove of what you say, so I will restrict your right to say it.”