The legislation, called the Alabama Economic Freedom Act, would create a uniform 8.03 percent tax on all purchases of goods and services in the state. The tax is designed to generate the same amount of revenue for the state as the traditional income and sales tax system.

An automatic rebate given at the beginning of the month, called a “prebate,” would offset the price of the tax for Alabama citizens living at or below the poverty line to prevent causing unreasonable economic harm to low-income residents.

Holmes said the current system picks winners and losers through a “never-ending maze of tax exemptions, deductions, and credits” in a release. The system proposed in the legislation is simple and one people can understand, he claimed.

How a fair tax works

Proposals to improve the current tax system are varying and numerous.

Legislation prefiled by Holmes typifies the fair tax plan; its writing was based on the Fair Tax Act, a bill that has been introduced in Washington in every session since 1999.

The federal version of the plan would completely eliminate the income tax, but Holmes’s state-level plan would eliminate both corporate and individual state income taxes as well as repeal state, county and municipal sales taxes. The plan would replace those taxes with a statewide tax based on consumption — a consumption tax — at 8.03 percent, levied at the point of sale of all goods and services purchased in the state. Intermediate sales between businesses would not be taxed, nor are used goods or any savings, investment or education tuition expenses.

The plan is also supposed to be revenue-neutral, meaning that — if everything was to go as planned — the consumption tax would generate the same amount of revenue for the state as the traditional income and sales tax system.

Eliminating income tax and sales tax, which together bring in 86 percent of the state’s revenue, would leave a gaping hole in the budget for the consumption tax to fill. In fact, research from The Beacon Hill Institute predicted that to be revenue-neutral in 2019, the consumption tax would have to bring in $12.28 billion. How would the tax system under this proposed legislation bring in all that money?

By taxing more things you buy. At first, the consumption tax may seem like a normal sales tax. But the plan would fail to be revenue neutral if all it did was institute a statewide 8 percent sales tax. So, the consumption tax would be levied on nearly all purchases, including previous purchases free from sales tax: gasoline, new houses, services like plumbing or freelance writing, etc. In 2017, purchases in Alabama subject to the consumption tax totaled 84.2 percent of total gross domestic product, according to The Beacon Hill Institute’s study. Using a little bit of algebra, they discovered that the tax rate would have to be 8.03 percent to raise $12.28 billion.

A provision in the legislation ensures that low-income Alabama citizens would not be a victim of the tax.

An automatic rebate, called a “prebate,” would be available to all legal U.S. and Alabama residents to offset the cost of the consumption tax. For all legal households, a check would come in the mail at the beginning of the month for 8.03 percent of what the Department of Health and Human Services deems poverty level monthly wages for the family size of the household. This amount is what the household could be expected to pay in consumption tax, were it consuming goods and services at the federal poverty line. Under this proposed system, low-income Alabamians would be freed from taxes on purchases, unlike the current tax system.

So if, on average, each Alabamian would still pay the same amount of taxes, what would be the positive effects of the Alabama Economic Freedom Act becoming law? Alabama Director of Americans for Free Taxation Chuck Bailey, who assisted in the legislation’s drafting, spoke with the Alabama Political Reporter on Monday to offer some insight.

Regarding the impact of eliminating taxes on intermediate sales and corporate income, Bailey said, “Why not just keep all those taxes from being accumulated from business to business as the product is being made or the service is being performed, and just place it where it’s really supposed to be: when the individual purchases it for his own individual use?” Fair tax proponents hope that removing those taxes on businesses would lower the price of goods and services to the consumer.

Bailey is part of a group of activists vying for fair tax to gather more national momentum. To do that, he said, is the reason the plan was brought to the state level; if the plan is successfully put in place in, say, Alabama or Georgia, politicians will feel more comfortable considering the Fair Tax Act, he hopes.

Bailey also pointed out the amount that tourists will be able to contribute to the tax base in Alabama.

One possible loophole is the ability for Alabama residents who live near the state border to go to the nearest state to buy their groceries or gas or anything, and essentially be exempt from paying the state consumption tax. No proponent of the act was given a chance to comment on this to the Alabama Political Reporter, however.

The act would also render the Income Tax Division of the Alabama Department of Revenue obsolete. The sales tax division would now be redirected to collect the consumption tax.

The Legislature will reconvene in February.

Correction July 23: A previous version of this article incorrectly stated that the prebate was available only to households at or below the poverty line. The prebate is based on family size, not income. We regret this error.

In this article:income, sales, services 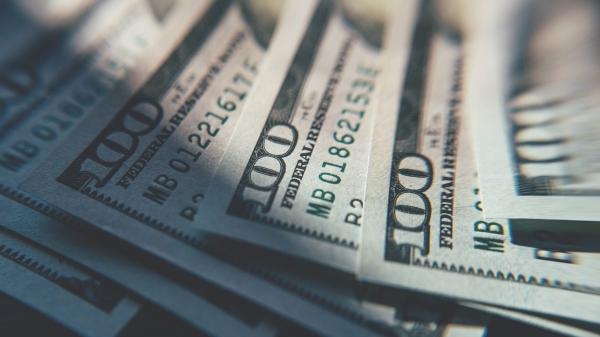 The gifts include the largest private donation to Birmingham Promise to date.