On Tuesday, July 16, Alabama Secretary of State John Merrill removed a member of the Russell County Board of Registrars for cause. The case went before an objective administrative law judge, who, after hearing the case, made a formal recommendation to the secretary of state to remove the registrar.

According to Alabama law, the secretary of state has the authority to remove county registrars for cause.

In February 2019, a formal, written complaint against the registrar was filed for failing to competently and conscientiously advise potentially qualified electors that the law required them to register where they currently lived or are domiciled.

It is a violation of duty as a registrar to advise voters to register at places where they do not live. Code of Ala., section 17-9-10 clearly states where a person is allowed to register.

“We make it easy to vote and hard to cheat in Alabama,” Merrill said. “A crucial part of maintaining that is by appointing Board of Registrar members that meet the highest standards. By giving due process and by holding voter registrars accountable for their actions, we preserve the public trust and ensure that elections are fair and equitable to everyone.”

According to original reporting by WRBL TV News’ Samuel Sachsm, Jimmy Adams was the registrar who was removed.

To further explain the process of removal, the Office of the Secretary of State strengthens due process by giving the defendant a notice process and hearing. The secretary of state presented the case against Adams to an objective administrative law judge, who then made a recommendation to the secretary of State.

The Russell County Board of Registrars member’s removal from office is effective immediately.

Under Alabama law, all voters must vote where they are assigned based on their home address. Adams reportedly repeatedly gave his erroneous advice to voters.

Merrill is serving in his second term as Alabama secretary of state. He is a candidate for the republican nomination for the Senate seat currently held by Sen. Doug Jones, D-Alabama. 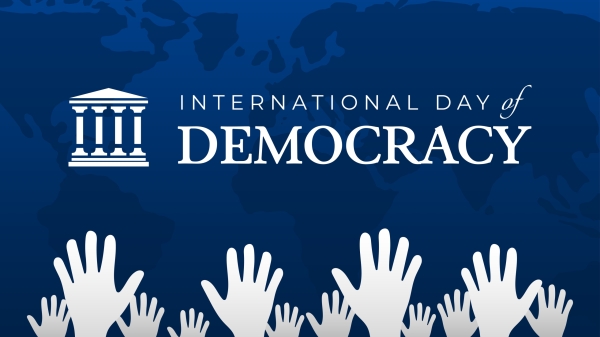 Advocacy groups to hold briefing prior to International Day of Democracy

The briefing also comes a week before National Voter Registration Day, which is held annually on Sept. 20.