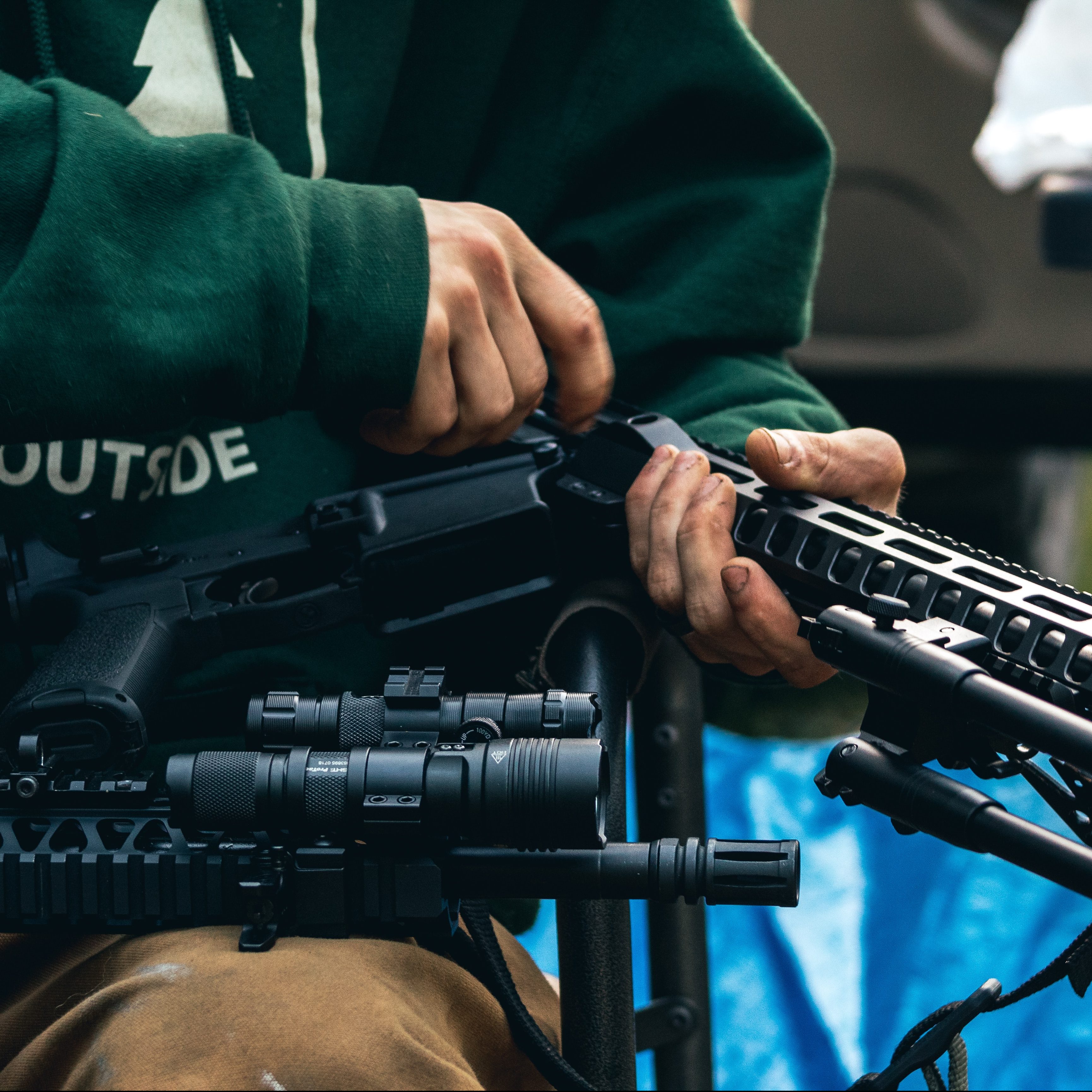 A majority of Republicans asked said they support a ban on assault weapons, according to a Politico/Morning Consult poll published Wednesday.

The poll results contradicted President Donald Trump’s statement on Wednesday that he didn’t believe there was a political appetite to ban the weapons, often favored by mass shooters.

On Aug. 3 a man murdered 22 people in an El Paso Walmart with a semi-automatic AK-47 variant, and a day later in Dayton, Ohio another man shot and killed nine people with a high-powered .223 caliber AM-15, a slightly smaller version of the popular AR-15 assault weapon.

The Ohio killer had attached a 100-round double drum magazine to his assault weapon and shot 41 bullets in 30 seconds before police shot and killed him.

“You have to have a political appetite within Congress, and so far I haven’t seen that,” Trump told reporters on Wednesday on the likelihood of taking up an assault weapons ban, before departing to visit El Paso and Dayton.

It’s Republican women, however, who showed stronger support for the ban, with 64 percent saying they approve, while 45 percent male Republicans said the same.

Only 23 percent of all voters opposed an assault weapons ban, according to the poll.

Poll’s Methodology: This poll was conducted from August 05-07, 2019, among a national sample of 1960 Registered Voters. The interviews were conducted online and the data were weighted to approximate a target sample of Registered Voters based on age, race/ethnicity, gender, educational attainment, and region. Results from the full survey have a margin of error of plus or minus 2 percentage points.

A 1994 assault weapons ban and a limit on high-capacity gun magazines were allowed to expire in 2004 by President George W. Busch.

A 2015 study by the nonprofit gun control advocacy group EveryTown for Gun Safety found that in the 133 mass shootings in the U.S. between 2009 and 2015 those committed with assault weapons or high capacity magazines resulted in 155 percent more people shot, and 47 percent more deaths than in shootings in which other weapons were used.

A January 2019 study published in the Journal of Trauma and Acute Care Surgery found that mass-shooting fatalities were 70 percent less likely to occur during the federal ban period of 1994-2004.

The Washington Post noted, however, that the 2019 study drew criticism from some researchers who said the study may have counted some guns that aren’t assault weapons, and didn’t take into account other data sets that recorded more mass shootings during those years.

Still, one of the researchers who critiqued the 2019 study,  Grant Duwe, director of research and evaluation for the Minnesota Department of Corrections, said that while his research doesn’t show strong support for a lower rate of mass shootings during the assault weapons ban, there were fewer people killed in those shootings during those years.

“There’s more support, however, for the idea that the per capita severity (the rates at which victims were killed or shot in mass public shootings) was lower during this period of time,” Duewe told The Washington Post. “But what’s even clearer from the data is that there has been an increase in both the incidence and severity of mass public shootings (on a per capita basis) since the latter part of the 2000s.”

U.S. Congressman Mike Turner, R-Ohio, said on Aug. 6 that he supports a ban on assault weapons, magazine limits and “red flag” legislation that would allow courts to temporarily take guns from those deemed a danger to themselves or others.

“The carnage these military-style weapons are able to produce when available to the wrong people is intolerable,” Turner said in his statement.

Also at odds with many of their Republican representatives in Congress, 90 percent of Republicans polled said they supported universal background checks on all gun sales.

The poll found that 90 percent of those who said they voted for Trump in 2016 approve of universal background checks.

“I believe it’s essential that Senator McConnell allow this to come for a vote. He doesn’t have to support it; he doesn’t have to get behind it. Just let it come to a vote. This is common-sense legislation,” King said.

Democrats have called on Senate Majority Leader Mitch McConnell, R-Ky., to call the Senate back from recess for a special session to discuss gun legislation. On Thursday McConnell told a Kentucky radio host at WHAS in Louisville that he wouldn’t be bringing the Senate back into session from its August recess, according to the New York Times.

“There’s a lot of support for that,” McConnell said, according to The New York Times.

McConnell said he also expects discussion of “red flag” laws, which allow courts to temporarily take guns away from those deemed a danger to themselves or others, and discussion of an assault weapons ban.

The poll quizzed 1,960 people on 57 questions, the results of which have a margin of error of plus or minus 2 percentage points.

In this article:gun control, Mass shootings