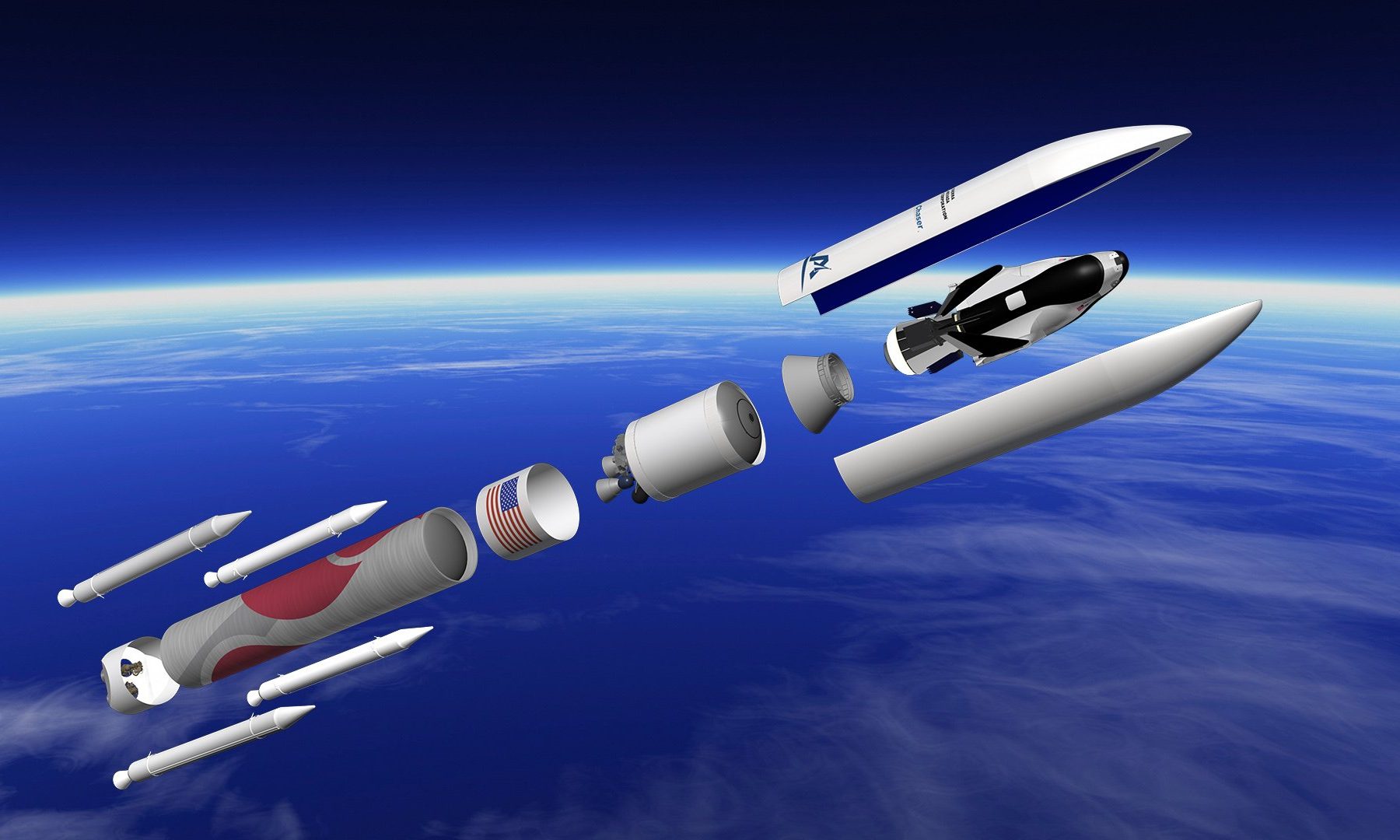 Sierra Nevada Corporation announced Wednesday that it has selected United Launch Alliance as the launch vehicle provider for the Dream Chaser spacecraft’s six NASA missions to the International Space Station. The Dream Chaser will launch aboard ULA’s Vulcan Centaur rockets for its cargo resupply and return services to the space station, starting in 2021.

“Dream Chaser can launch from any conventional rocket so we had great options,” said SNC CEO Fatih Ozmen. “SNC selected ULA because of our strong collaboration on the Dream Chaser program, their proven safety record and on-time performance. This is bringing America’s spaceplane and America’s rocket together for best-of-breed innovation and exploration.”

Sierra Nevada Corporation is a global aerospace and national security leader owned by Chairwoman and President Eren Ozmen and Ozmen.

Under NASA’s Commercial Resupply Services 2 contract, the Dream Chaser will deliver more than 12,000 pounds of pressurized and unpressurized cargo to the space station and remains attached for up to 75 days as an orbiting laboratory. Once the mated mission is complete, the Dream Chaser disposes about 7,000 pounds of space station trash and returns large quantities of critical science, accessible within minutes after a gentle runway landing.

“In this very competitive launch vehicle market, we feel privileged that SNC chose to launch this block of six missions to the ISS with ULA,” said ULA president and CEO Tony Bruno. “This is one of the first contracts for our new Vulcan Centaur rocket, and the first of the six missions will serve as the rocket’s second certification flight. We are excited to bring our more than 120 years of combined launch experience with our Atlas and Delta rockets, which build on a progressive history of technology development and advancement, to Vulcan Centaur.”

.@SierraNevCorp chose ULA’s next-gen #VulcanCentaur rocket to launch 6 Dream Chaser® missions to the @Space_Station beginning in 2021! We are excited to continue our strong collaboration with the #SNCDreamChaser program. https://t.co/zhh93WfYsW pic.twitter.com/iB79Xhx9ua

“It is easy to see why Sierra Nevada Corporation selected United Launch Alliance for such an important project,” said economic developer Nicole Jones. “ULA has proven itself to be a leader in space technology and is dedicated to transforming the future of space launch by making the process more affordable, accessible and commercialized with the new Vulcan Centaur rocket.”

Approximately 90 percent of all of Vulcan Centaur’s components will be flown first on Atlas V missions, so that its first flight will have reduced risk. Vulcan Centaur is a new class of space launch vehicle with the performance of a heavy launch vehicle in just a single core.

The Vulcan Centaur will be powered by a new rocket engine being built by Blue Origin at a new rocket factory in Huntsville.

“ULA is headquartered in Denver, Colorado, and has four additional satellite locations, including a facility responsible for manufacturing, assembly and integration operations located in Decatur, Alabama,” Jones said. “This week’s major space announcements translate into local jobs and highlight Alabama’s important role in the aerospace industry as well as national security.”

Sierra Nevada Corporation is a trusted leader in solving the world’s toughest challenges through best-of-breed, open architecture engineering in Space Systems, Commercial Solutions and National Security and Defense. SNC is recognized among the three most innovative U.S. companies in space, as a Tier One Superior Supplier for the U.S. Air Force, and as one of America’s fastest growing companies. SNC’s 55-year legacy of state-of-the-art civil, military and commercial solutions includes delivering more than 4,000 space systems, subsystems and components to customers worldwide and participation in more than 450 missions to space, including Mars.

ULA is the world’s most experienced and reliable launch service provider. ULA has successfully delivered more than 130 satellites to orbit that provide Earth observation capabilities, enable global communications, unlock the mysteries of our solar system and support life-saving technology. ULA is jointly owned by Lockheed-Martin and Boeing.