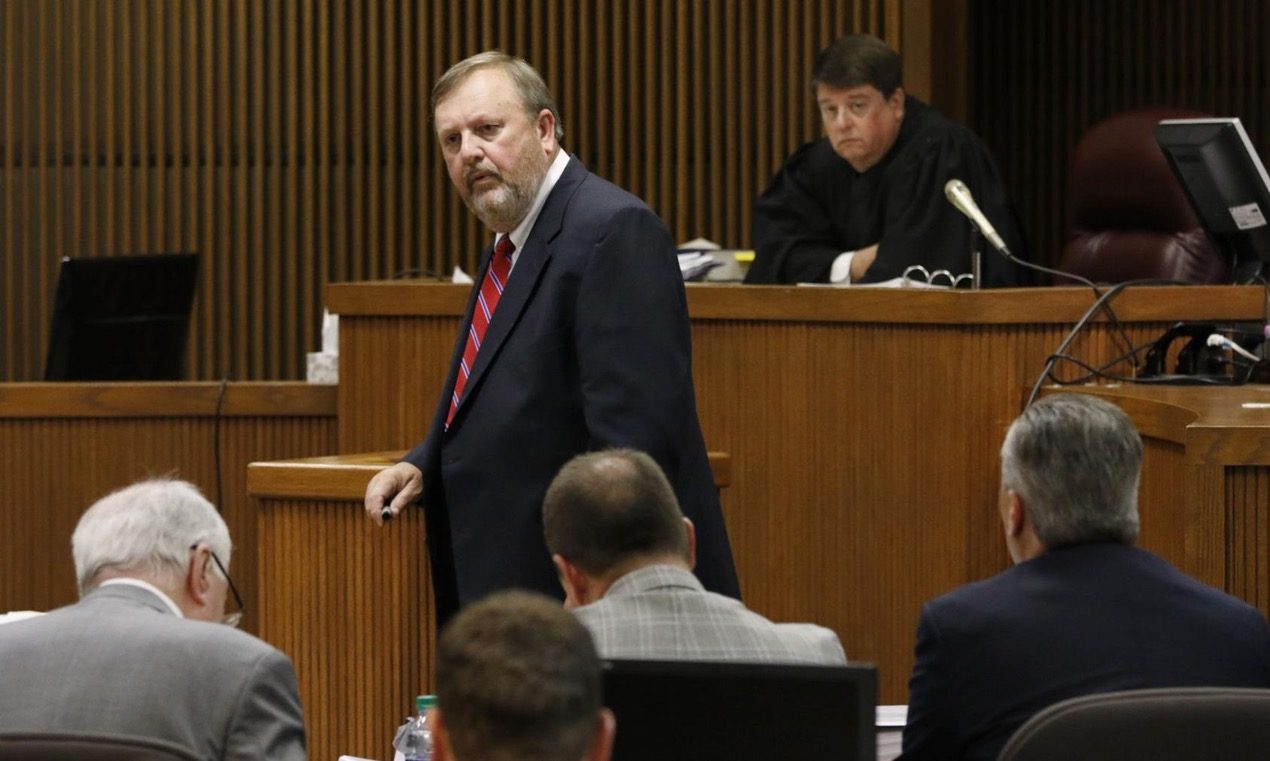 Early on Wednesday morning, Pell City attorney William “Van” Davis died. He was age 66. Davis was the longtime District Attorney for both St. Clair and Blount Counties, later the two jurisdictions were split and he became the DA in just St. Clair County.

After Davis had retired and was in private practice in Pell City, he reentered public service as acting Attorney General in the matter of the investigation into then-Speaker of the House Mike Hubbard, R-Auburn. AG Luther Strange recused himself. It was Van Davis that made the decision that there was enough evidence to indict Hubbard. Davis acted as lead prosecutor in the trial in Lee County.

When Davis decided not to run for re-election as DA, the people of St. Clair County elected his Assistant District Attorney Richard Minor (R) as DA. Today, Richard Minor is a judge on the Alabama Court of Criminal Appeals.

“First, my condolences to his family, especially his daughter and son,” Judge Minor said in a statement. “Every time I saw him or talked to him on the phone, he was sure to tell me what his kids and grandkids were up to. He was so very proud of them. Van was an icon. He was a prosecutor’s prosecutor. He served the citizens of St. Clair County and the citizens of our great state with honor and distinction. He was never afraid to take on difficult cases or difficult investigations. Van was my boss and friend for over 23 years. He taught his assistant’s to seek the truth and follow the law. I would not be where I am today without his guidance and mentorship. I was fortunate to call him boss but honored to call him my friend.”

“I’m sad to hear of Van’s death,” Martin said. “He was a tireless, dedicated public servant. He accepted the role of Acting Attorney General and lead the successful prosecution of Hubbard, a man many felt untouchable, because he was a prosecutor’s prosecutor. He loved this state and the fight for justice. He will be missed.”

Matt Hart, who headed the Attorney General’s Special Prosecution Division, worked with Davis as the lead prosecutor on the Hubbard prosecution.

“I’m saddened at the passing of Van Davis,” Hart said. “He gave faithful service to the people of Alabama and it was a privilege to serve under him. Van’s leadership was critical to some of the most important and difficult corruption prosecutions in the history of our state. In his duties, Van set the example for all public officials. In every action he ever took, Van’s only interest was the public’s interest. Personally, Van was a tough and demanding boss, and a kind, supportive and loyal friend.”

“Van Davis was a model citizen, a brilliant attorney, and a man of impeccable integrity. He will certainly be missed,” Senator McClendon said.

Attorney Lance Bell was a law enforcement officer, when Davis was DA. Bell became an attorney while working in Davis’s office as lead investigator. Bell defended Hubbard during the Lee County case.

“Our community has lost an amazing man,” Bell said. “Van pushed me through law school and then gave me opportunities that I will never be able to pay back. Van believed in people and would fight for them like no other, especially victims of crime. Law enforcement has lost a huge friend and supporter, and our community has lost its most fierce advocate for justice.”

Davis is survived by his daughter, his son and two grandchildren.

Van was a graduate of Jacksonville State University and obtained his law degree from the Birmingham School of Law. He served three terms as District Attorney. Following his retirement, he was asked on many occasions by the Attorney General to serve as a special prosecutor. Davis was an outdoorsman and mentored many young people both in the courtroom and in conservation.