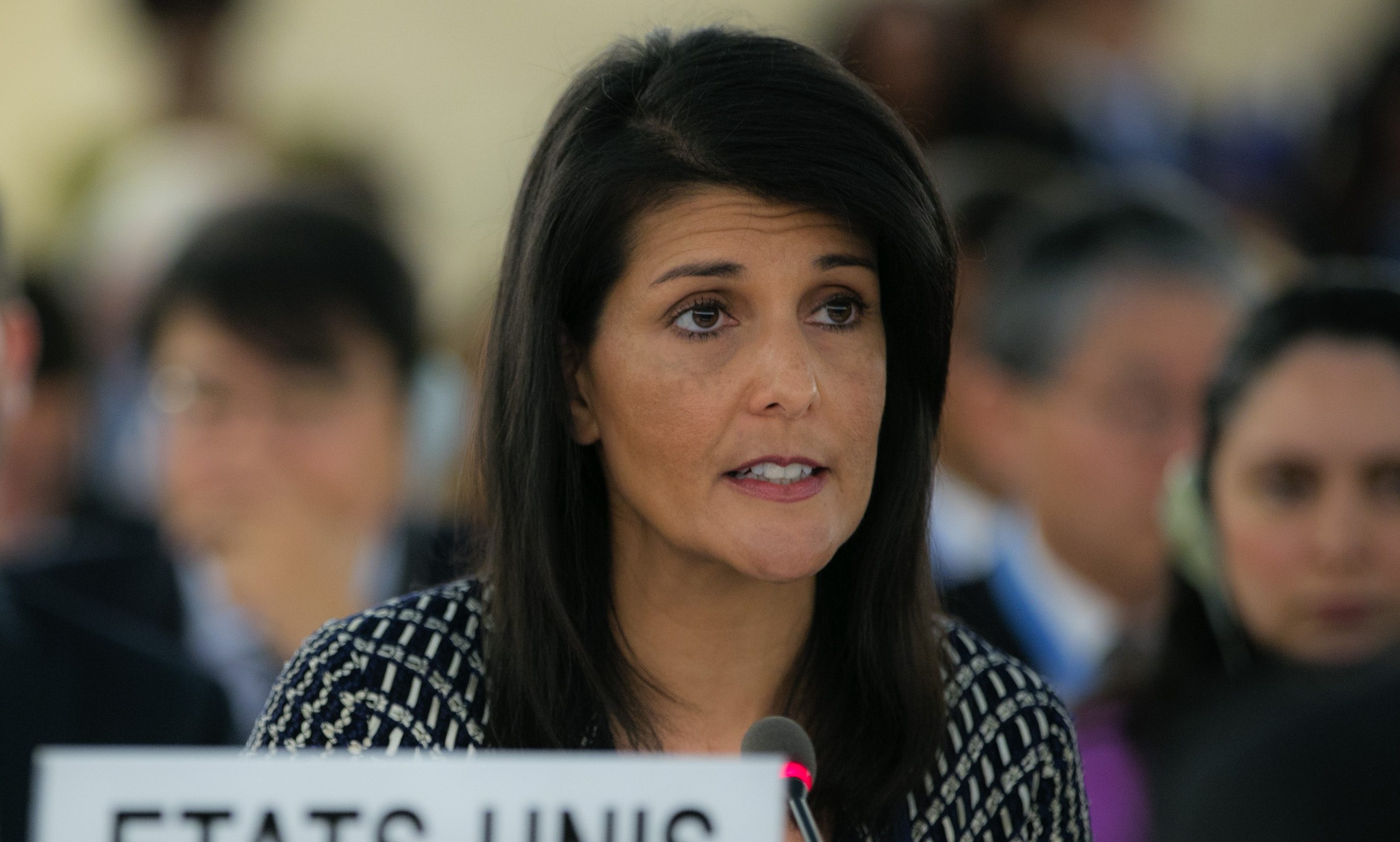 Ambassador Nikki Haley: The United States is looking carefully at this Council and our participation in it. We see some areas for significant strengthening. Read the Ambassador's full address to the Human Rights Council. https://geneva.usmission.gov/2017/06/06/ambassador-nikki-haley-address-to-the-u-n-human-rights-council/ U.S. Mission Photo/Eric Bridiers

Wednesday it was announced that former Ambassador to the United Nations Nikki Haley will be the keynote speaker at the annual Faulkner University’s Annual Benefit Dinner in Montgomery.

Women and history will be recognized at this year’s Faulkner University Annual Benefit Dinner.

Nikki R. Haley is the former United States Permanent Representative to the United Nations and the former Republican Governor of South Carolina.

The annual fundraiser will be held on October 3 at the Renaissance Hotel and Convention Center.

“At our annual Benefit Dinner, we like to include elements of recognition,” said Associate Vice President for Advancement Billy Camp. “We like to honor individuals or groups of individuals, with one criteria; shine a light where their deeds typically live in shadows. We edify good works, works of love, caring, Theroism and service.”

This is the first time in many years, that the featured speaker for the red-letter event will feature a female keynote speaker. The evening’s events will provide subtle, yet distinct recognition of women, in particular their fight for the right to vote.

Faulkner University is paying homage to their efforts as a part of the night’s program in addition to recognizing the inspiring stories of mothers, sisters, aunts, grandmothers and daughters of today who continually make a difference in our world through their sacrifices, love and kindness.

The University said in a statement that Haley has continually proven herself to be a champion of human rights, education reform and defending American interests.

“She challenged human rights violators across the globe, standing up to oppressive regimes in Iran, Syria, Venezuela, Cuba, and Russia. During the U.S presidency of the UN Security Council, she hosted the first-ever session devoted solely to promoting human rights. She traveled the world visiting people oppressed by their own governments to see firsthand the challenges they face and to work with them directly on life-improving solutions—from Syrian refugees in Jordan and Turkey, to internally displaced people in the Democratic Republic of the Congo and South Sudan, to Venezuelan migrants walking miles every day to cross the Colombian border for food and medicine.”

Over the years, Faulkner has brought renowned politicians, journalists, athletes, coaches, comedians and astronauts to speak in Montgomery.

Haley is a native of South Carolina. Born Nimrata “Nikki” Randhawa of Sikh parents who immigrated to the U.S. from India. She married Michael Haley in 1996.

Tickets to hear Haley speak are on sale now at faulkner.edu/haley. Proceeds from the dinner go to support the university, and student scholarships in particular.

“Our annual Benefit Dinner is really the signature event of the university,” said Faulkner University President Mike Williams. “It’s an opportunity for us to showcase our outstanding academic programs and our distinctive Christian mission and the investment we are trying to make into this community. The most important outcome of the dinner is that we raise money for students to give them more scholarships in order to provide them with a transformative experience and to prepare the new emerging generation to make a tremendous difference in our world.”