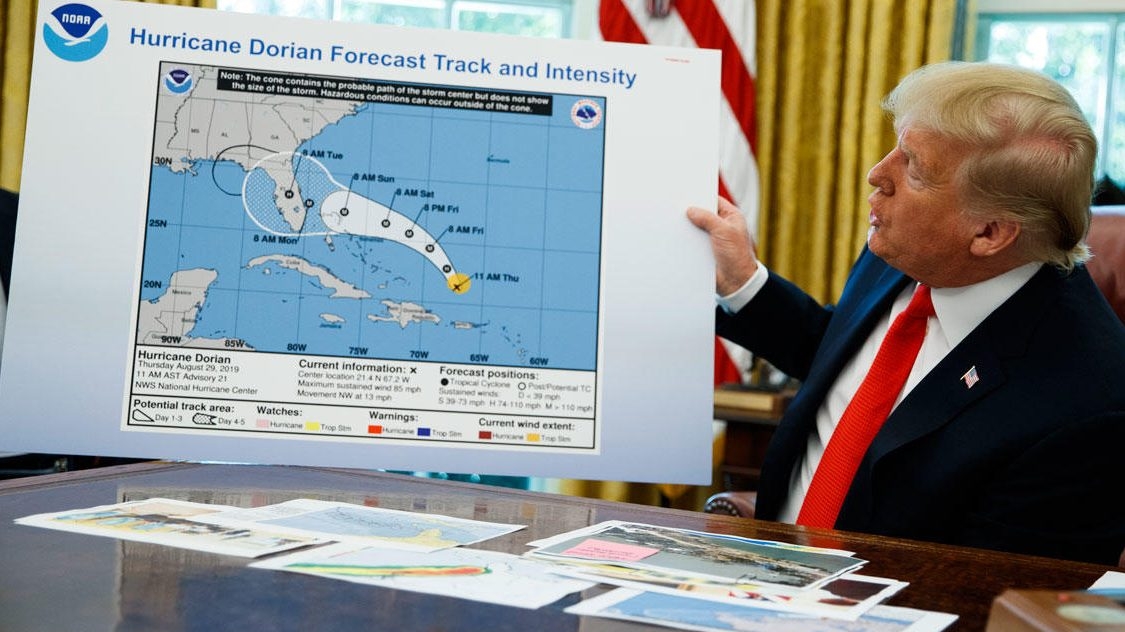 President Donald Trump on Wednesday held up in the oval office what appeared to be an altered National Hurricane Center map showing Dorian’s trajectory, apparently to bolster his earlier claim that Alabama could be impacted by the hurricane.

The altered map seemed to have been drawn on with a black marker to include in Dorian’s path a portion of lower Alabama. The White House released video Wednesday of Trump holding the altered map. The original forecast image by the National Hurricane Center does not include the black line encircling a portion of Alabama. 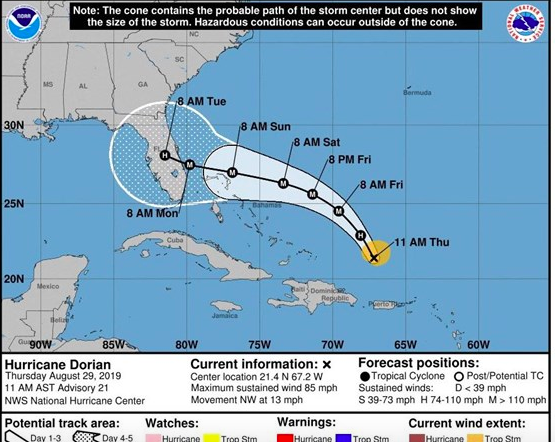 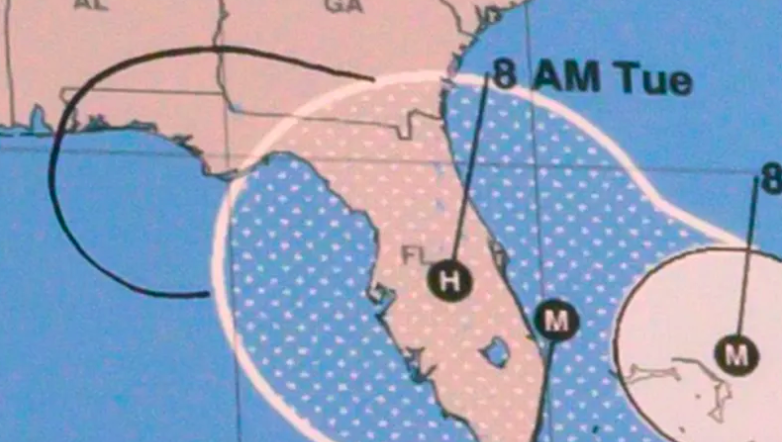 Trump falsely tweeted Sunday that Alabama was among several states likely to be hit hard by Dorian. The National Weather Service in Birmingham quickly corrected Trump’s misinformed tweet with a tweet stating that Alabama would not see any impact from Dorian. ABC 33/40 weatherman James Spann followed suit and tweeted that Alabama “ will not be impacted by Dorian in any way.”

Trump’s display of the altered map on Wednesday came as Dorian continued making its way north along the U.S. coast, after having slammed portions of the Bahamas, killing at least 20 there as of Wednesday evening and an elderly man in North Carolina.

“Whoever knowingly issues or publishes any counterfeit weather forecast or warning of weather conditions falsely representing such forecast or warning to have been issued or published by the Weather Bureau, United States Signal Service, or other branch of the Government service, shall be fined under this title or imprisoned not more than ninety days, or both,” according to the U.S. code.

A reporter later on Wednesday asked Trump whether the map had been drawn on with a marker.

“I don’t know: I don’t know,” Trump said, according to The Washington Post.