The upcoming 2020 census is extremely critical in Alabama and the rest of the states in the nation, as well.  The census affects the number of seats a state has in the U.S. Congress and ultimately the number of Electoral College Votes you have for president.  Also, very importantly, the amount of federal funds the state receives.

Alabama is growing incrementally, but not as fast as other states.  Especially our neighboring states of Georgia and Florida and certainly not as much as California and Texas. Therefore, the bottom line is we are projected to lose a Congressional District to one of the aforementioned states.

We currently have seven seats in Congress.  We will more than likely go to six.  The census will be in 2020.  We will lose our seat in the 2022 elections.

Our U.S. Constitution outlines that the Census be taken every 10 years.  The language calling for the census states, “People are to be counted.”  Therefore, the question becomes are just U.S. citizens counted or are citizens and illegal aliens both counted.

The trump administration through his Commerce Department Secretary, William Ross, asked the Census Bureau to include the citizenship question on the census form. This question of inclusion has been on the table since 2018.  It has been pending in the Supreme Court.  In June the U.S. Supreme Court in a 5-to-4 decision ruled that the question should not be asked.

This SCOTUS decision is bad for Alabama and other Republican states.  The ruling to not include the citizenship question pretty much assures that Alabama will lose a congressional seat.  We may have anyway, however, this hammers the final nail in the coffin.  Illegal immigrants in California will be counted and our seat will be ceded to them.

Even though the official U.S. Census is taken every decade, the U.S. Census Bureau operates daily and gives preliminary updates on census trends.  That is how, as early as four years ago, they were projecting the loss of a seat in Alabama.  The loss of the citizenship question is just the coup de gras.

The Census Bureau has recently also released new city population estimates that cover the period of July 2017 throughJuly 2018. In Alabama, the city estimates show that Huntsville continues on a fast track towards becoming Alabama’s largest city, while Birmingham, Montgomery and Mobile continue to drift lower.  The two major college towns, Tuscaloosa and Auburn, are growing rapidly as are several cities in Baldwin County.

The once Magic City of Birmingham is losing population.  However, the metropolitan Jefferson-Shelby County areas are steady.  The migration of Jefferson countians to the suburbs of Shelby is a trend that is not new, and will likely continue.

The same trend is prevalent in the Mobile-Baldwin metro area.  The population of Mobile is simply transferring to Baldwin County.

Montgomery continues to steadily lose people.  In the last few decades the population has moved to Autauga and Elmore counties.  Indications are that some of Montgomery’s flight may be to Auburn.

Tuscaloosa’s growth is significant, primarily due to the growth of the University of Alabama.  Tuscaloosa has added 11,000 people since 2010 and Auburn has added 13,900.

When you include the entire Madison-Huntsville-Limestone metropolitan area in the equation, the growth of the Huntsville metropolitan area is amazing.  When you add the entire Tennessee Valley and Marshall-Guntersville Lake area into the parameters, the growth is tremendous. The growth in the Huntsville area is real.  Whereas the metro areas of Birmingham and Mobile are simply shifting their populations to Shelby and Baldwin counties.

If you think the Huntsville-Limestone-Tennessee Valley has grown in the past 10 years, you ain’t seen nothing yet.  It will grow exponentially over the next decade. Given the myriad of major economic development and manufacturing announcements already announced, it will be one of the hottest and most prosperous areas in the nation in the next decade.

In addition, Senator Richard Shelby will probably continue to be Chairman of the U.S. Senate Appropriations Committee for three more years, which will allow the Redstone Arsenal and high technology federal advancements to prosper.  He has recently announced that the largest FBI headquarters in America will be placed in Huntsville.

Folks, it is obvious that the future growth and prosperity in Alabama will be in Huntsville and North Alabama. 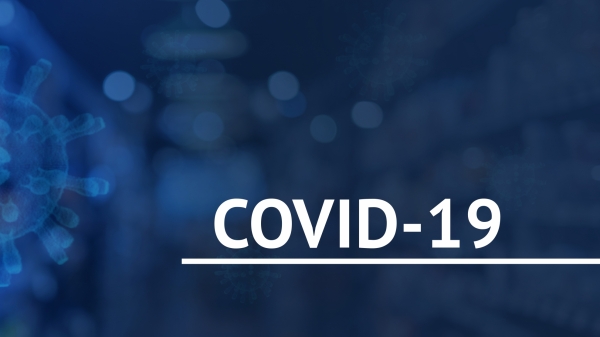 Of the 2,474 hospitalized with COVID in Alabama on Monday, 83 percent were unvaccinated.

Some A&M alums say the search process for a new president is rigged to give one candidate an advantage. And he's facing troubling allegations.