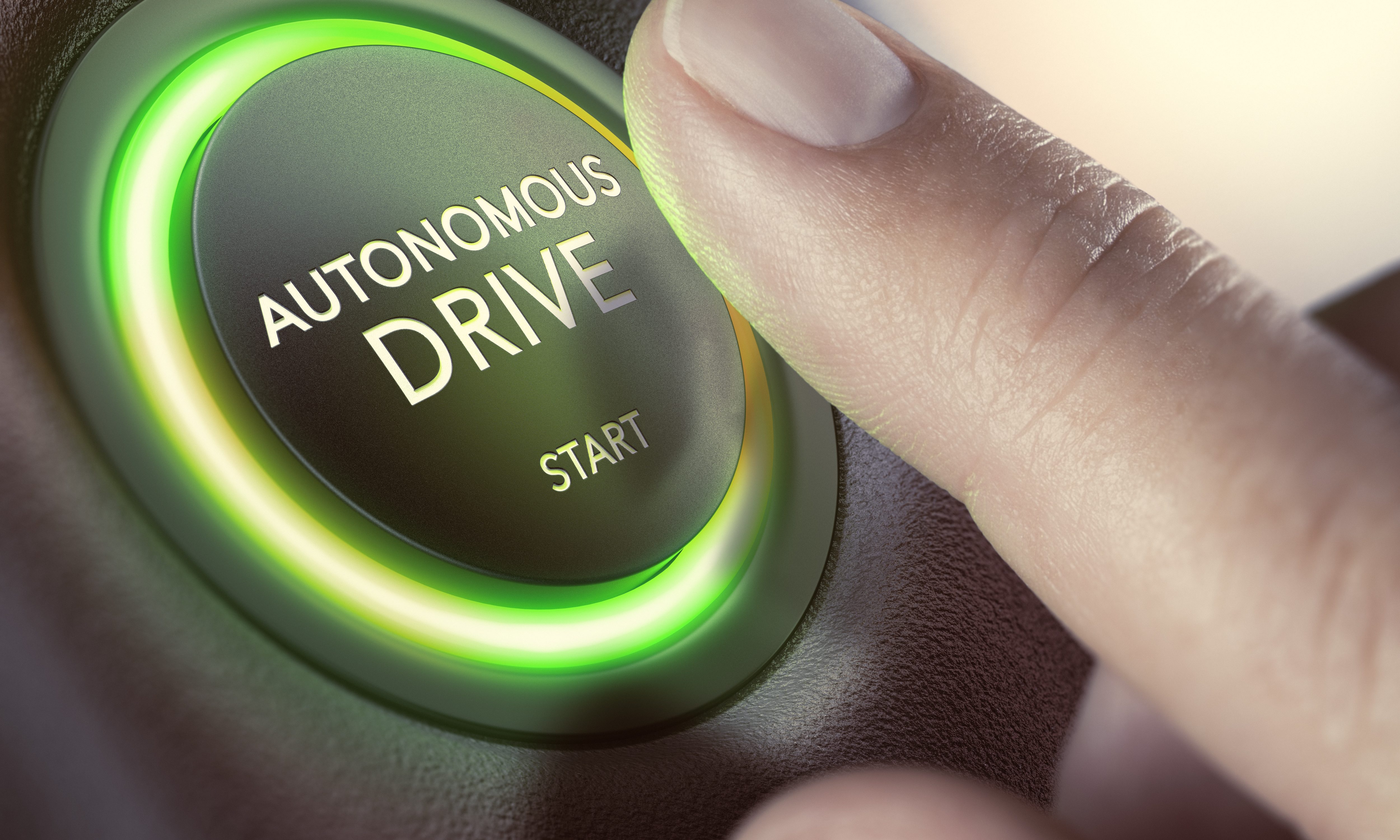 Finger pressing a push button to start a self-driving car. Composite image between a hand photography and a 3D background.

The two had worked together on last year’s study committee as well.

Sen. Whatley said that he was old enough to remember when we didn’t have cell phones. “We used to take film to the store to get it developed. Now we don’t. This is an example of how an industry changed rapidly.”
Whatley said that the purpose of the committee on driverless vehicles ism

“To get Alabama ahead of the curve and to put a plan in place,” for when the transportation industry changes.

Whatley said that he has been studying this issue for the last three years.

Former State Representative Blaine Galliher (R-Rainbow City), who is now a lobbyist, said that the bill we passed last year allowed tele-operated trucks to be operated in Alabama. One of the things that we need to address is under the bill it has authorized the rules to be developed and written by ALDOT (the Alabama Department of Transportation). It should really be ALEA (the Alabama Law Enforcement Agency) that writes the rules.

Galliher said that the trucks would have a driver at all times, it just would be a remote driver.

“As that technology continues to be tested, here will be a driver in that truck,” Galliher said. “No company wants to put the public in an unsafe position.”

“That bill was commercial vehicles only,” Galliher added.

“I would like this committee to be a clearing house for bills that deals with driverless vehicles,” Whatley explained.

Whatley said that according to information provided by Auburn University, switching to driverless vehicles could cut accidents by between 91 and 93 percent. Safer drivers also pose a problem because we fund the court system through fines and fees so there would be a revenue issue.

Whatley says that the state has to determine what level of auto driving vehicles do you want to allow on the road level 1, 2, 3, or 4. The technology is there for level four, which is for a fully autonomous vehicle with no drivers but problem is reading the striping and the signs. “If there is a citation who pays that?”

Whatley said that in the future there could be parking lots like airports full of 500 or so autonomous cars. You dial up on a phone and the vehicles will come to you.”

“We are moving into a technology that Alabama needs to be ready for,” Drummond said. “I am grateful that we have Auburn University and Alabama on the front lines.”

”The bill that passed in the last session, when will they begin doing the technology on our thoroughfares?” Drummond asked.

Galliher said that they are currently operating tele-operated trucks “in Florida and Louisiana has passed a bill similar to ours. They have run an autonomous vehicle test in Florida. They were very successful.”

“You have to map the route to make sure the striping is right,” Galliher explained. And the shoulders have to be mapped so they know where the grades are such that it is safe to pull off the road. “There is six to eight months of work before they bring a truck into Alabama.”

Whatley said that we have established a relationship with the Governor’s Office and the Army Futures Command to look at the terrorism risk posed by autonomous vehicles. The Army says that the network for the autonomous trucks is more secure than communications.

The 2020 regular session begins on February 4.

$billions in freight are moved through Alabama on transfer trucks like 18 wheelers. The largest cost is paying the drivers and there is an enormous driver shortage.