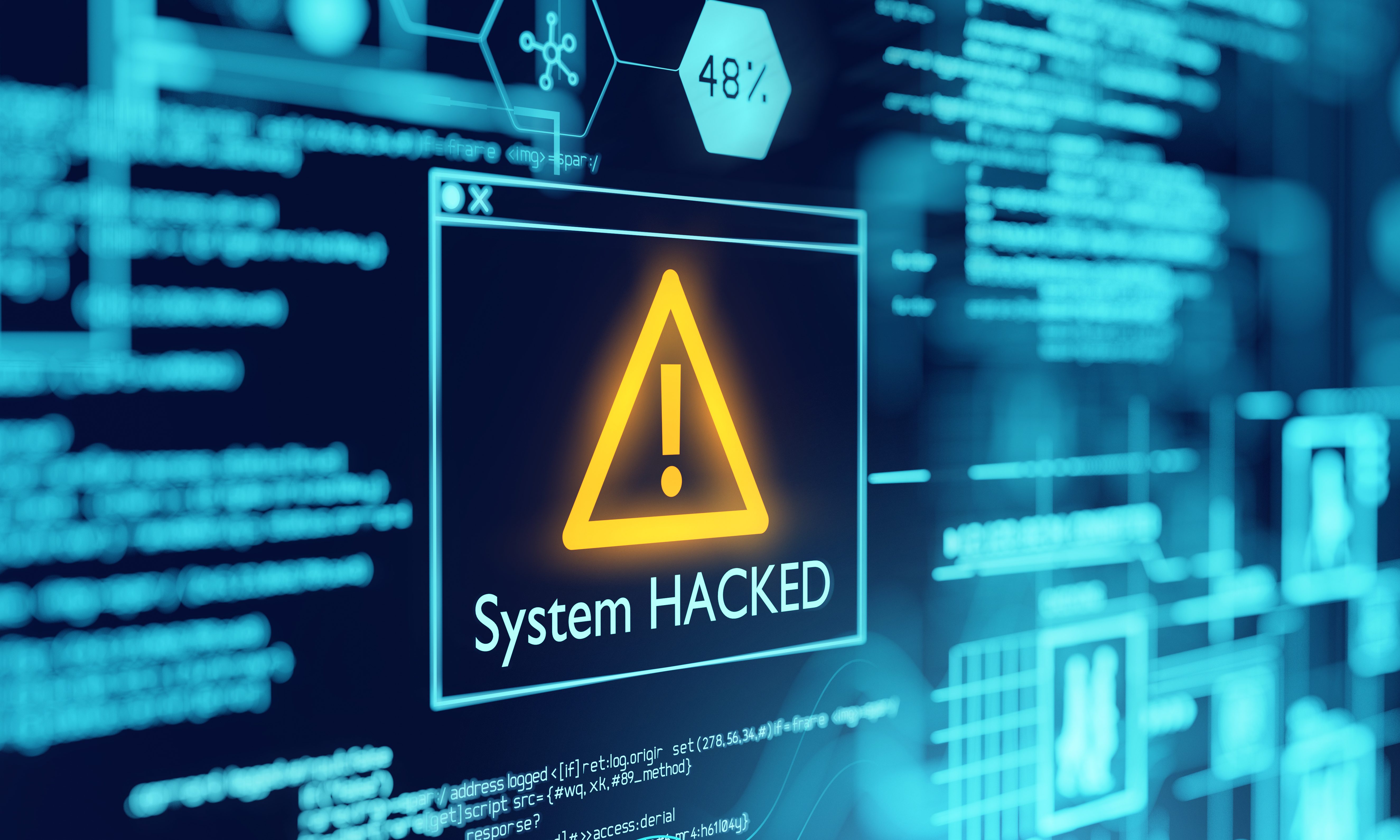 An Alabama hospital system paid hackers to regain access to patient files, according to The Tuscaloosa News, but it was unclear Saturday when the system’s three hospitals would fully reopen.

A California-based cybersecurity firm believes the group of hackers who use the particular ransomware software found on DCH Health System computers work from Russia.

DCH Health System paid the hackers for a decryption key to regain access to the critical files, a spokesman for the hospital system told The Tuscaloosa News on Saturday. The company has said there is no indication that patients records has been misused or stolen.

“Our Emergency Departments will continue to see patients who bring themselves to the hospital,” the statement reads.

“In collaboration with law enforcement and independent IT security experts, we have begun a methodical process of system restoration. We have been using our own DCH backup files to rebuild certain system components, and we have obtained a decryption key from the attacker to restore access to locked systems.

“We have successfully completed a test decryption of multiple servers, and we are now executing a sequential plan to decrypt, test and bring systems online one-by-one.  This will be a deliberate progression that will prioritize primary operating systems and essential functions for emergency care. DCH has thousands of computer devices in its network, so this process will take time.”

“We cannot provide a specific timetable at this time, but our teams continue to work around the clock to restore normal hospital operations, as we incrementally bring system components back online across our medical centers. This will require a time-intensive process to complete, as we will continue testing and confirming secure operations as we go.”

“We expect to be making additional announcements in the coming days, as key systems are restored and more patient services resume.  Meanwhile, we are grateful for the dedication and professionalism of our staff, as they continue using our emergency downtime procedures to provide safe and patient-centered care.

We will provide continual updates on our website as patient services become available and departments reopen.”

The cost to hospitals in hacking attacks can be staggering. According to a 2019 study by the Ponemon Institute hackers cost health care businesses $408 for each lost or stolen record.

The National Cyber Securty Centre in June issued an advisor on Ryuk attacks globally. The ransomware virus was first spotted in August 2018.

The cybersecurity firm Crowdstrike believes the Ryuk ransomware attacks emanate from a hacker group in Russia known as “WIZARD SPIDER” and that the Russian group has netted about $3.7 million in bitcoins since August 2018.

The news website Security Intelligence reported that computers at more than 100 businesses in the U.S. were infected with the Ryuk virus between August 2018 and May 2019.

Edwin Wells, 29, died on Oct. 10 from injuries during an apparent inmate-on-inmate assault at the Easterling Correctional Facility, the Alabama Department of Corrections confirmed on Tuesday.

A Prattville man became at least the 19th Alabama inmate to have died this year in a state prison of circumstances that were avoidable.

Edwin Wells, 29, died on Oct. 10 from injuries during an apparent inmate-on-inmate assault at the Easterling Correctional Facility, the Alabama Department of Corrections confirmed on Tuesday.

Wells death makes at least the 19th inmate to have died from either suicide, drug overdoses or homicide, according to records kept by the ACLU of Alabama’s Campaign for Smart Justice. His death is at least the seventh suspected homicide in state prisons this year.

ADOC doesn’t typically publish information on an inmate death unless a reporter discovers the death through other means and requests the information, with the expectation of deaths of inmates who tested positive for COVID-19, which the department does regularly release.

“The ADOC condemns all violence in its facilities, and the fatal actions taken against Wells by another inmate are being thoroughly investigated,” said ADOC spokeswoman Samantha Rose in a message to APR. “Wells’s exact cause of death is pending a full autopsy, and more information will be available upon the conclusion of the investigation into his death.”

A U.S. Department of Justice report in April 2019 found that Alabama’s overcrowded, understaffed prisons for men were likely in violation of the Constitution’s Eighth Amendment and its prohibition on cruel and unusual punishment, and that ADOC regularly failed to protect inmates from sexual and physical violence perpetrated by other inmates.

An expected followup report by the Department of Justice in July detailed why the federal government believes systemic use of excessive force within Alabama’s prisons for men violates the Eighth Amendment.

As of Tuesday, at least 29 state inmates and two prison workers have died after testing positive for COVID-19. There have been 453 confirmed coronavirus cases among inmates and 429 among prison staff as of Oct. 14, according to ADOC.

Since the start of the pandemic, 441 Alabama inmates and 415 staff have tested positive for coronavirus.

Terry, 74, had multiple health conditions and was taken from Limestone Correctional Facility to a local hospital on Oct. 6 after exhibiting symptoms of coronavirus. He tested positive at the hospital where he remained until his death, the Alabama Department of Corrections said in a press release on Friday.

Two additional inmates and four workers at Limestone prison also tested positive for COVID-19, according to ADOC, bringing the total number of inmates who have tested positive at the prison to 23 and infected staff to 26.

Since the start of the pandemic, 441 Alabama inmates and 415 staff have tested positive for coronavirus. Two prison workers at Julia Tutwiler Prison for Woman died after testing positive for the disease. Of the state’s approximately 22,000 inmates, 2,834 had been tested for coronavirus as of Oct. 7, according to ADOC.

Marshall in the filing said that after four years of appeals, Hubbard remains convicted of those felonies.

“This Court’s carefully calibrated sentence of a four-year split, among other penalties, properly accounted for the severity of Hubbard’s crimes, the position of trust he abused, and the need for serious penalties to deter other wrongdoers,” Marshall wrote to the court. “In addition, Hubbard’s refusal to admit any guilt or express any remorse makes him wholly unfit to receive any leniency now that he is finally in jail.”

“In sum, nothing material has changed since Hubbard earned his four-year sentence four years ago. It’s simply time for him to serve it. Accordingly, his motion should be denied,’ Marshall continued.

He began serving his four-year sentence for the six convictions of using his office for personal gain on Sept. 11.

Hubbard’s attorney argued in a separate court filing that the court should reconsider his sentence because five of the 12 convictions were reversed, but Marshall told the court Tuesday that the sentence Hubbard received was just.

Hubbard’s attorney in his request to reconsider sentencing also argued that Hubbard has already suffered from a “divestment of his business interests.”

Hubbard’s convictions related to consulting contracts that enriched him while he served as speaker.

The state’s attorney general at the time of his conviction determined that Hubbard had bilked Alabama out of more than $2 million.

“Suffice it to say, it is a bad advocacy strategy for Hubbard to mourn his loss of an income stream worth millions, which he financed on the backs of hard-working Alabamians who expected an honest elected official. That Hubbard has lost some of these ill-gotten gains in no way suggests that Hubbard has paid back his debt to society,” Marshall wrote to the court.

A report by the Southern Poverty Law Center published Tuesday found that almost 200 older state inmates, at greater risk from COVID-19, were eligible for parole, but either had no hearing or were denied parole over the summer.

Alabama’s three-member Board of Pardons and Paroles denied parole for 44 people who were 65 and older over the summer, SPLC’s report states, and a dozen of the more than 1,100 older inmates identified in a previous SPLC report have since died, either from COVID-19 or other illnesses.

“Despite confirming the deaths, it remains unclear whether the cause could have been COVID-19 as ADOC would not provide information about those individuals in response to a public records request, citing ongoing internal investigations,” the report reads.

The SPLC and several other criminal justice reform groups urged the Alabama Department of Corrections and the Alabama Bureau of Pardons and Paroles to take steps to release at-risk inmates as the coronavirus pandemic began, through medical parole, medical furloughs and judicial sentence reviews, but to date, no such larger push to release inmates has taken place.

According to ADOC, 22 inmates have died after testing positive for COVID-19.

SPLC’s report notes that many of the inmates who died had underlying health conditions, which were well known to prison officials.

The Parole Board denied parole to more than three dozen inmates 65 or older since restarting parole hearings in May, according to the report.

“The BPP stopped paroles starting in March, against the demands of activists and legislators who pointed out that hearings could be done virtually. Hundreds of scheduled parole hearings were cancelled. After its hiatus, the BPP scheduled relatively few hearings throughout the summer compared to years past,” authors of the report wrote.

Birmingham pays back $179 million in debt

Congressman Byrne: States that locked down shouldn’t get federal aid