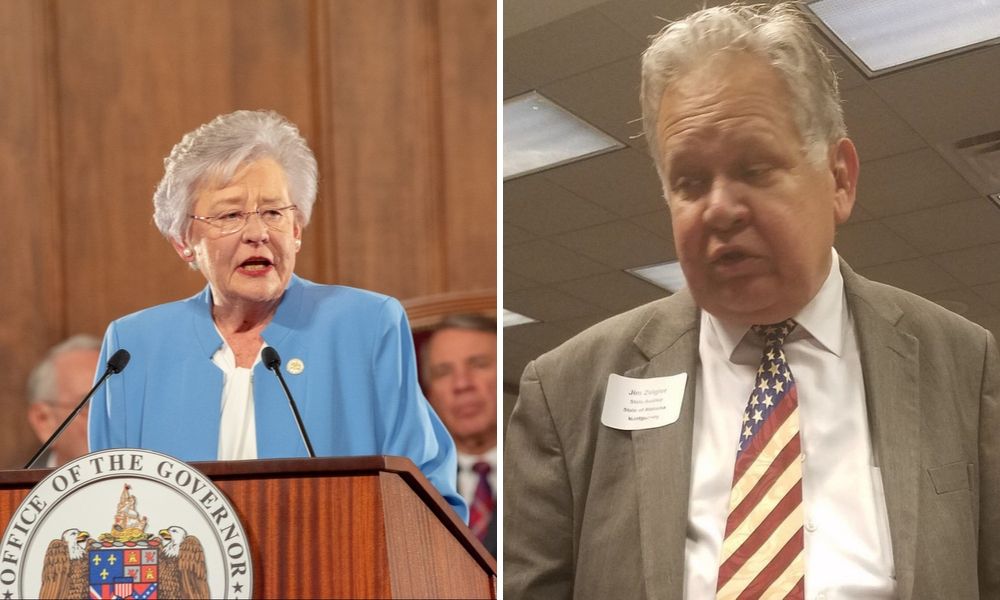 Zeigler said in a press release: “It’s the same old fight — Kay Ivey and the Montgomery Insiders vs. Jim Zeigler and the Taxpaying Public.”

Zeigler was harshly critical of former Gov. Robert Bentley leading up to his forced resignation, pending an impeachment effort. Zeigler also led the populist effort to thwart the plans to build a new I-10 bridge and bayway paid for by tolling motorists.

Zeigler says that he has developed a plan to take that anti-toll movement nationwide.

Zeigler is now asking anti-toll activists to run for delegate slots to the 2020 national political conventions.

“We need three Republican candidates for delegate in each congressional district plus 26 candidates to run statewide,” Zeigler said. “They will all run in the March 3rd Alabama Republican primary. I have qualified to run statewide for Place #1 delegate myself. This enables our other citizen activists to run on a slate with me. After the March 3rd primary, the winners will caucus and elect a platform committee member from Alabama. I will run for platform member and push for the anti-toll plank.”

Zeigler is leading efforts to urge voters to vote against CA1 and included a link to the Facebook group opposing the Governor’s education reform initiative.

“Normally, campaigns for convention delegates do not attract public or media interest. This year promises to be different,” Zeigler said. “While Gov. Ivey has qualified to run against me, she has not yet challenged me to a debate.”

APR asked for a comment from the Governor’s office.

The governor’s press Secretary Gina Maiola told APR: “We have nothing to say on this.”

Both Kay Ivey and Jim Zeigler have over one million votes in the 2018 election easily trouncing their outmatched Democratic opponents. Zeigler won by a larger margin despite being in a down-ballot race.

Zeigler says that if he is elected as a Trump delegate, he will seek to serve on the Republican Party’s platform committee.