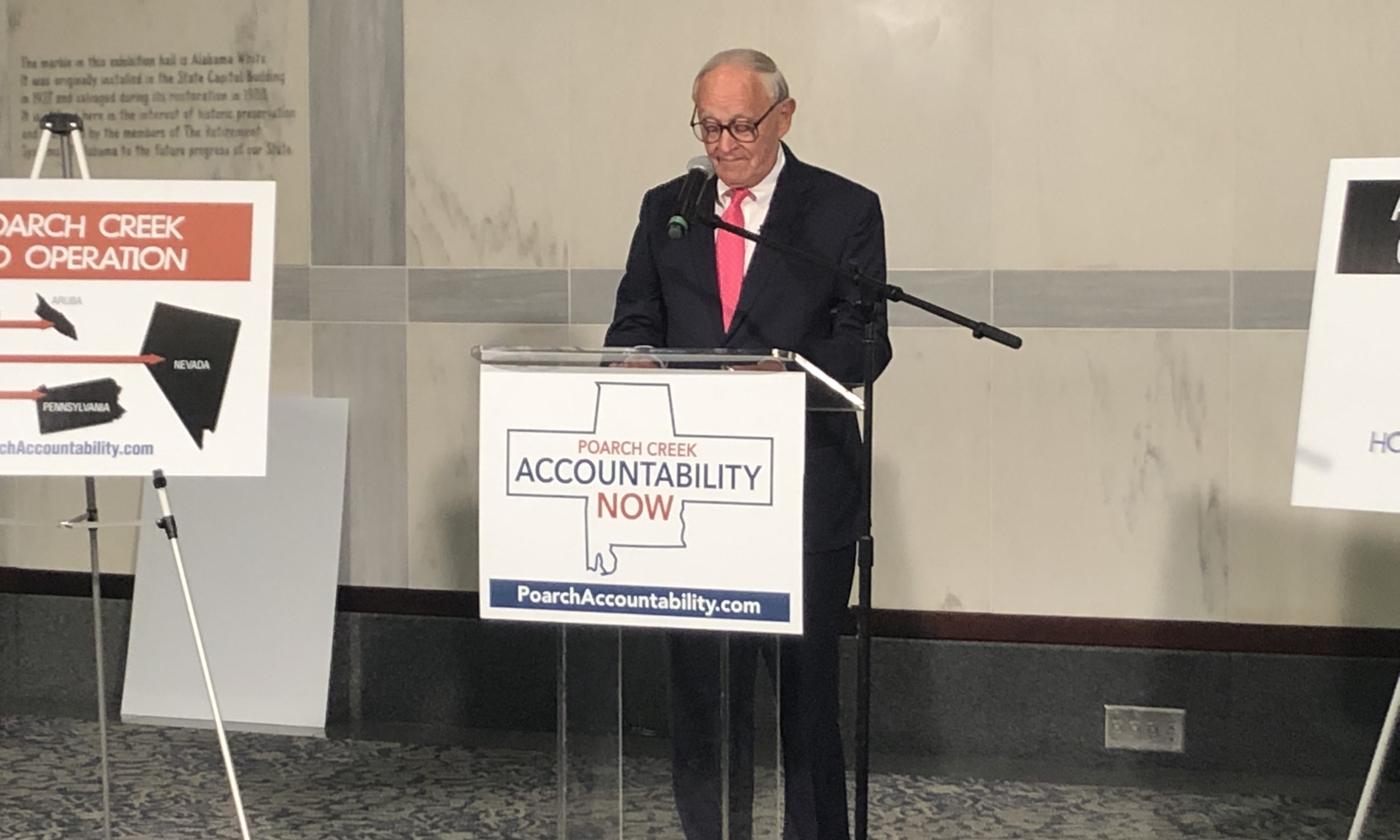 Providing the general public in Alabama and state lawmakers with an “accurate view of the Poarch Creek gaming operation.”

That’s the stated goal of a new nonprofit organization — Poarch Creek Accountability Now — which its formation and official launch at a press conference in Montgomery on Tuesday. Led by former state Sen. Gerald Dial, the group said it plans to spread “the true and accurate information” about the Poarch Band of Creek Indians and their gaming revenue and expenditures.

The goal, Dial said, wasn’t to paint the Poarch Creeks as crooks or corrupt, but instead to point out the “unfairness” of their operation.

“We just want to make sure the general public is aware of the true facts about the Poarch Creeks. There are a lot of misconceptions out there about what they give and what they do for the communities, and we just think it’s time that people knew that their contributions in Alabama over the last 20 years are a tiny fraction of what they’ve paid in the last year in Pennsylvania.”

PCI Gaming, using revenues from its gaming operations in Alabama, this year finalized a deal to purchase the Sands Casino in Pennsylvania for an astounding $1.3 billion. The tribe then announced it would immediately start more than $250 million in renovations on the casino.

Watching $1.5 billion — of mostly Alabama money — flow to an out-of-state company for the purchase of a casino that will collect more than 16 percent taxes in on-site gaming operations profits and 54 percent of online profits didn’t sit well with many Alabama residents.

And the events of the last legislative session, when PCI lobbyists worked to kill a lottery bill that would have allowed for properly-taxed casinos operating lottery terminals, further angered both voters and many Alabama lawmakers.

Dial said he believed more residents would be angry, and that lawmakers wouldn’t attempt to block good gaming bills and other legislation, if the proper information was disseminated to the public. That’s where the Poarch Creek Accountability Now organization comes in.

“(The Poarch Creeks) simply can’t have it both ways — they can’t say that our laws don’t apply to them, that they’re a sovereign nation and pay no taxes to operate here, and then come down to the Legislature and lobby and tell our people what to do.”

Dial made it clear that the group has no intention of backing specific gambling information or participating in lobbying or legislative matters.

“We’re just about information,” he said. “I think that makes all the difference.”