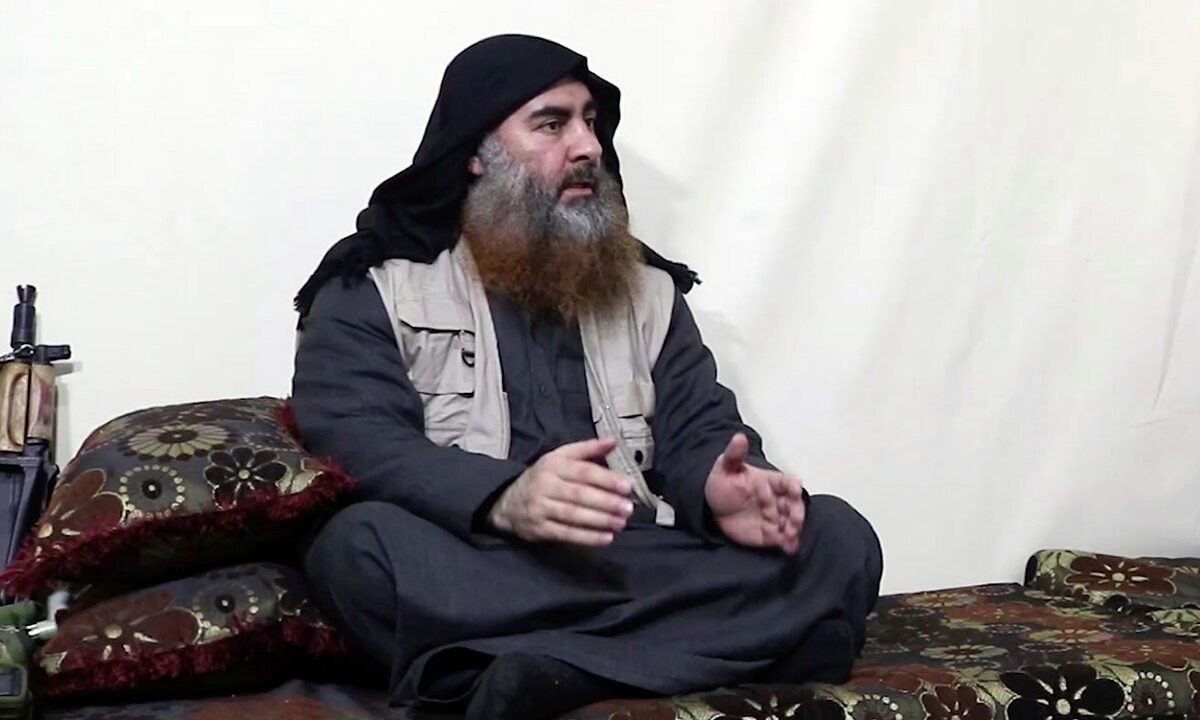 “Today is an important milestone in the global war on terror and the result of years of effort to bring al-Baghdadi down,” Rep. Byrne said. “A clear, unmistakable message has been sent across the globe that America will not tolerate hate and terrorism.”

“Thank you to President Trump for his leadership as well as our incredible service members and intelligence professionals,” Byrne added. “As we celebrate, we offer our sincere thanks to those whose sacrifices keep our great nation protected.”

“This morning’s announcement should confirm for the world what many already knew—that terrorists cannot outlast or outmatch the commitment of the U.S. counter-terrorism apparatus,” McCarthy wrote. “We will not stop or waver in destroying terrorist leaders wherever they hide.”

“May God bless the men and women in our military who protect us and make us proud every day with their efforts and achievements in continuing the fight against terrorism,” House Minority Leader McCarthy concluded.

“Last night, the United States brought the world’s number one terrorist leader to justice,” Pres. Trump said in a statement. “Abu Bakr al-Baghdadi is dead. He was the founder and leader of ISIS, the most ruthless and violent terror organization in the World. The United States has been searching for Baghdadi for many years. Capturing or killing Baghdadi has been the top national security priority of my Administration.”

“U.S. Special Operations forces executed a dangerous and daring nighttime raid into Northwestern Syria to accomplish this mission,” the President explained. “No U.S. personnel were lost in the operation, while a large number of Baghdadi’s fighters and companions were killed with him. He died after running into a dead-end tunnel, whimpering and crying and screaming. The compound had been cleared by this time, with people either surrendering or being shot and killed. Eleven young children were moved out of the house un-injured. The only ones remaining were Baghdadi in the tunnel, who had dragged three children with him to certain death. He reached the end of the tunnel, as our dogs chased him down. He ignited his vest, killing himself and the three children. His body was mutilated by the blast, but test results gave certain and positive identification.”
\
“The thug who tried so hard to intimidate others spent his last moments in utter fear, panic and dread – terrified of the American Forces bearing down,” Trump continued. “We were in the compound for approximately 2 hours, and after the mission was accomplished we took highly sensitive material and information from the raid. Baghdadi’s demise demonstrates America’s relentless pursuit of terrorist leaders, and our commitment to the enduring and total defeat of ISIS!”

“The reach of America is long.” Pres. Trump added. “As you know, last month we announced that we recently killed Hamza Bin Laden, the very violent son of Osama Bin Laden, who was saying very bad things. He was the heir apparent to Al Qaeda. Terrorists who oppress and murder innocent people should never sleep soundly, knowing that we will completely destroy them. These savage monsters will not escape their fate – and they will not escape the final judgement of God. Baghdadi has been on the run for many years, long before I took office. At my direction, as Commander-in-Chief, the United States obliterated his ‘caliphate’ in March of this year. Today’s events are another reminder that we will continue to pursue the remaining ISIS terrorists to their brutal end.”

“Baghdadi and the losers who worked with him – in some cases people who had no idea what they were getting into and how dangerous and unglamorous it was – killed many people,” the President explained. “Their murder of innocent Americans Jim Foley, Steven Sotloff, Peter Kassig, and Kayla Mueller were especially heinous. The shocking publicized murder of a Jordanian pilot who was burned alive in a cage for all to see, and the execution of Christians in Libya and Egypt, as well as the genocidal mass murder of Yazidis, rank ISIS among the most depraved organizations in history. The forced religious conversions, the orange suits prior to many beheadings, all of which were openly displayed for the world – this was all Abu Bakr al-Baghdadi’s work. He was vicious and violent, and he died in a vicious and violent way, as a coward, running and crying. This raid was impeccable, and could only have taken place with the acknowledgement and help of certain other nations and people.”