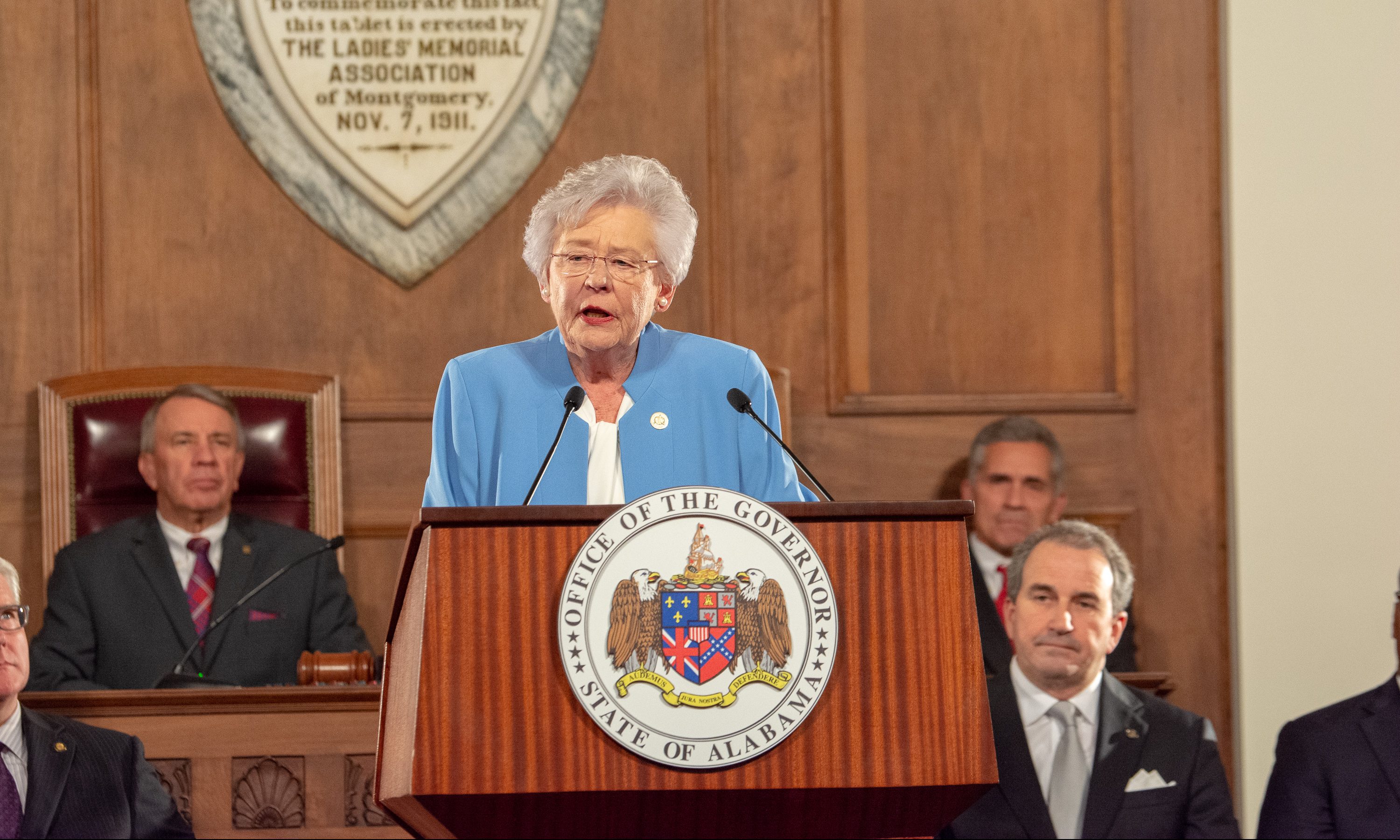 Alabama Gov. Kay Ivey issued a statement Friday in support of President Donald Trump. The governor dismissed the ongoing impeachment inquiry into the President as “a political charade” and “an injustice on our democracy.”

“We are witnessing an injustice on our democracy,” Ivey said. “Nancy Pelosi and the Democrats in Congress are making an attempt to impeach the president through the press via leaks and conjecture. This appears to be purely political when you offer no due process and zero transparency. When we elected President Trump in 2016, Alabamians and the American people sought progress. We wanted stronger infrastructure, a booming economy, and security for all American citizens. President Trump and his Administration are fighting to do that. Congress has a job to do on behalf of the American people, not this political charade we are currently witnessing.”

“I say Congress should take a page out of our book here in Alabama,” Ivey said. “Our achievements are accomplished through strong, bipartisan efforts, and we are seeing great progress for that. President Trump has my steadfast and full support as he works to better our nation.”

In the 2019 Alabama legislative session, Kay Ivey’s increase in fuel taxes was passed with strong bipartisan support. Similarly, Senate Pro Tem Del Marsh, R-Anniston, was able to build wide bipartisan support in both Houses for his plan to reform Alabama’s long troubled education system by replacing the elected state school board with an appointed board. That measure will come before voters on March 3. The leadership has made an effort to get Democratic support even though Republicans have supermajorities in both Houses and could simply govern just by filibustering the Democratic minority on every issue. The state’s strictest abortion ban in the country was the exception. There the Republican supermajority flexed it’s muscles and passed Terry Collins’, R-Decatur, bill on a party line vote.

Ivey’s views on the controversial impeachment crisis are shared by many elected officials in the state.

Congressman Bradley Byrne, R-Montrose, has repeatedly denounced the impeachment inquiry as a “sham.”

On Wednesday, Byrne addressed the House of Representatives in a floor speech urging Democrats to put aside their hatred for President Trump.

“We are here today because the Democrats in the House are paralyzed with hatred of President Trump, and until the Democrats free themselves of this hatred, our country will suffer,” Byrne said. “Today the Democrat majority is not judging the President with fairness but impeaching him with a vengeance. In the investigation of the President, fundamental principles which Americans hold dear—privacy, fairness, checks and balances—have been seriously violated.”

Kay Ivey was elevated to Governor from Lt. Gov. when former Gov. Robert Bentley (R) resigned. In 2018 the popular Governor was reelected with over 59 percent of the vote.

Opinion | Brooks should end his Senate campaign. If not, Trump should