On October 29, the U.S. House of Representatives voted in overwhelming, bipartisan fashion to formally recognize and condemn the Armenian Genocide.  The House resolution was carried by 405 to 11 votes, with three other Representatives voting “present” in apparent protest of the topic.

Alabamians may not care about this resolution or (understandably) even be able to find the modern nation of Armenia on a world map, but they should.  Armenia is part of their heritage and has long been a foreshadowing for tragedies that have faced the entire world and continue to face many today.  For starters, Armenia was arguably the world’s first Christian nation, adopting that faith as a national religion in 301 AD, long before any European nation did so. Even today, Armenia remains a Christian island in a sea of Islam in the Middle East, with approximately 95 percent of its citizens professing Christianity.

Though long suffering for their faith, Armenians endured perhaps their worst historical episode during the period 1915-1923, when Turks slaughtered upwards of 1.5 million Armenians in an effort to ethnically cleanse the Ottoman Empire of a Christian minority within its borders.  For decades, a consensus  of scholars around the world has overwhelming described this tragedy as a genocide, some even referring to it as the “Armenian Holocaust.”  Indeed, there is plenty of evidence to support a view that Adolf Hitler used the example of the Armenian Genocide to calm German reservations over his plans to carry out his wholesale extermination of peoples, noting in a speech before his brutal invasion of Poland the following: “Who, after all, speaks today of the annihilation of the Armenians?” (a quote that is inscribed today on the walls of the U.S. Holocaust Memorial Museum in Washington, D.C.)

A relatively small percentage of Armenians managed to barely escape the genocide of the early 20th century.  My grandparents were among those fortunate few.  Successful merchants in their native Armenia, they lost virtually all of their assets while fleeing their homeland to avoid certain death.  Fleeing first across the deserts of Syria, they finally made their way to the United States and started their lives all over again.  They, their children, and their grandchildren would go on to show their gratitude to their adopted nation by serving as educators, soldiers, sailors, farmers, veterinarians, business people, and a host of other noble professions.  Not one of them would go on public assistance or ever forsake their new home. They remain some of the most patriotic people of faith you will ever meet.

Over the past decades, nations around the world have formally recognized and condemned the Armenian Genocide.  Today, Turkey and its close ally Azerbaijan are the only nations that directly deny the historical fact of the Armenian Genocide.Though I have long been proud to be called an Alabamian, I was especially gratified earlier this year when Governor Kay Ivey signed a proclamation formally recognizing and condemning the Armenia Genocide, making Alabama the 49th state to do so.  (Mississippi remains the lone hold-out.)

The October 29 landslide vote by the U.S. House was yet another welcome recognition of a historical tragedy on a massive scale.  In the current climate of partisan bickering, it was refreshing to see such a bipartisan resolution  come to fruition with such overwhelming results.  It was also refreshing to see that none of the Alabama delegation voted against the resolution . . . with one glaring exception:  Rep. Mike Rogers, R-Anniston, joined the very small minority of Representatives who either voted “no” or “present” on the resolution.  In doing so, Rogers inexplicably joined four Congressmen from his home state of Indiana and—wait for it—the infamous Ilhan Omar of Minnesota.  Omar was quite vocal in her opposition to the resolution, saying it was important first to condemn American mass human rights abuses such as the “mass slaughter [of] hundreds of millions of indigenous people” and the “transatlantic slave trade“ (both of which, by the way, have been acknowledged with great contrition by Americans). Omar, in a statement attempting to explain her vote under intense condemnation, also seemed to disgracefully suggest that the mass killings of Armenians by the Turks may not have occurred at all.

Representative Rogers’ vote on October 29 uncomfortably places him among a very small group of questionable company, including perhaps the most radical member of Congress in Ilhan Omar.  Whatever his strange motivations, there is ultimately only one way to describe his mystifying vote given the context of history:  It is simply shameful.

Lisa Davis is a retired U.S. Navy officer, former teacher, and recent cancer survivor who lives and works in Montgomery. 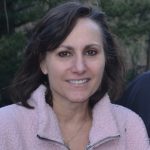