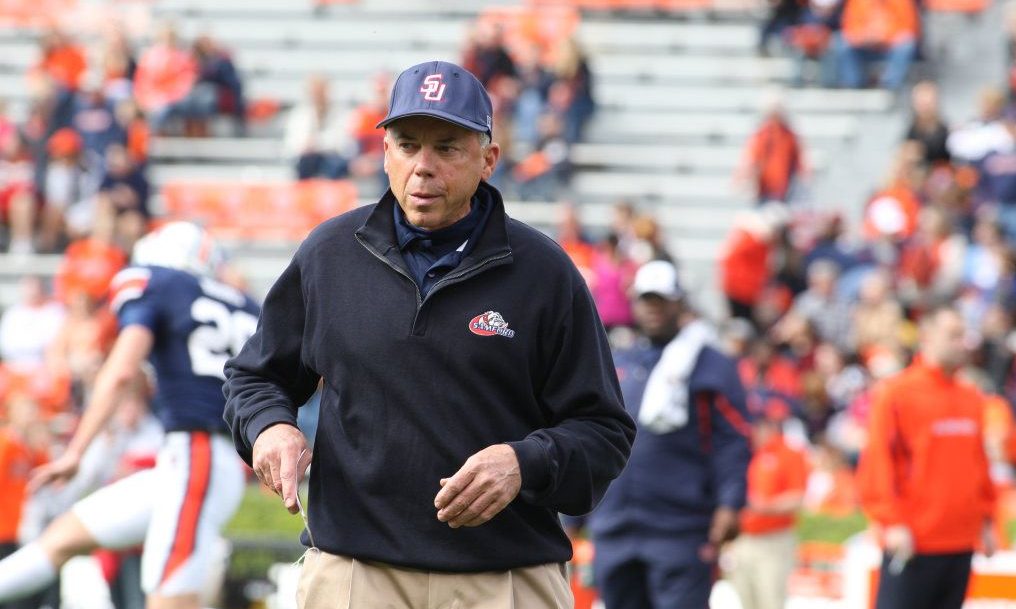 Former Samford head football Coach Pat Sullivan passed away after a long battle with cancer. He was 69 years old. Pat Sullivan had a highly accomplished coaching career but was probably still best known for his stellar quarterback play while in college at Auburn University. There Sullivan won the Heisman Trophy as the best player in college football in 1971. He was also the MVP of the Gator and Sugar Bowls.

Current Auburn head football coach Gus Malzahn said in a statement on social media: “Coach Sullivan was a friend, mentor and a man of great character, who was beloved by many generations of Auburn fans. Pat Sullivan is, and always will be, the definition of an Auburn Man. He certainly will be missed. Our thoughts and prayers are with the Sullivan family.”

Former Auburn head football and U.S. Senate candidate Coach Tommy Tuberville said, “Saddened to hear about the loss of my good friend and Auburn legend, Pat Sullivan. He will be remembered as a tremendous athlete, coach and mentor. My thoughts and prayers are with his family and friends during this time.”

“Pat Sullivan gave Samford all and more than we could have asked,” said Samford President Andrew Westmoreland. “His teams won games, his players persisted to earn degrees; by personal example, he led everyone closer to Christ and he brought honor to our university. Along the way, he became a close and cherished friend. We extend our support and sympathy to Jean and the Sullivan family and we remember Pat as making an extraordinary difference at Samford and in all other aspects of his life and career.”

Sullivan has a career head coaching record of 73-85-1. He was 47 and 43 at Samford. He was also the former Coach at Texas Christian University. He played under legendary Auburn football Coach James Ralph “Shug” Jordan. He played in the NFL for five years with the Atlanta Falcons and Washington Redskins. He later coached at Auburn under Coach Pat Dye. Sullivan was also the offensive coordinator at UAB from 1999 to 2006.

Sullivan was diagnosed with cancer in 2003 and kept on coaching despite his battle with the disease. fought a long and difficult battle with the disease. Sullivan served as Samford’s head football coach from 2007 to 2014 and is the all-time winningest coach in school history. Sullivan led the Bulldogs to four consecutive winning seasons for the first time since 1999 and took the program to its first Southern Conference championship in 2013. After his retirement in 2014, Sullivan served as a special adviser to the university president.

Sullivan has been married to Jean Hicks Sullivan for 50 years and is the father of three children, Kim and twins Kelly and Patrick. He has eight grandchildren.

The Sullivan family said in a statement:

“At the age of 69, Patrick Joseph “Pat” Sullivan died peacefully at home on the morning of Sunday, December 1, 2019 surrounded by his loving family. He was diagnosed with cancer in 2003 and fought a long and difficult battle as a result of his treatments. The family is appreciative of everyone’s outpouring of love and support.”

(Original reporting by Samford.com contributed to this report.)