The Senate and House Armed Services Committees today released the final text of the Fiscal Year 2020 National Defense Authorization Act (NDAA) with numerous provisions and Alabama priorities secured by Senator Doug Jones, D-Ala.. The annual legislation authorizes national defense objectives for the next fiscal year. The bill will now be voted on by both houses and if it passes, it will go to the President for his signature.

“This bill is proof that Congress is still capable of putting aside partisanship and getting things done for the American people. Providing 12 weeks of paid leave for federal employees, securing a 3.1 percent pay raise for troops, and eliminating the military widow’s tax will make a huge difference in the lives of people in Alabama and across the country,” said Senator Jones, a member of the Senate Armed Services Committee. “The fact that this bill authorizes so many Alabama priorities is a testament to the importance of Alabama’s role in our national defense and the quality of our servicemen and women.”

Senator Jones’ bipartisan bill to support victims of Iranian terrorism was also included in the package. TheSupporting Victims of Iranian Terrorism Act will allow family members – at least 35 of whom live in Alabama – of the victims of the1983 Marine barracks bombing in Beirut, Lebanon, as well as families of 9/11 victims, to seek restitution for their loved ones’ deaths by allowing them to make claims on $1.68 billion in Iranian funds that are currently being held by a Luxembourg-based firm.

The bill will also establish 12 weeks of paid parental leave for federal employees. In August, Senator Jones wrote to the leaders of the Senate and House Armed Services Committees to express support for a paid leave policy and called on them to include 12 weeks of leave in the final defense bill. 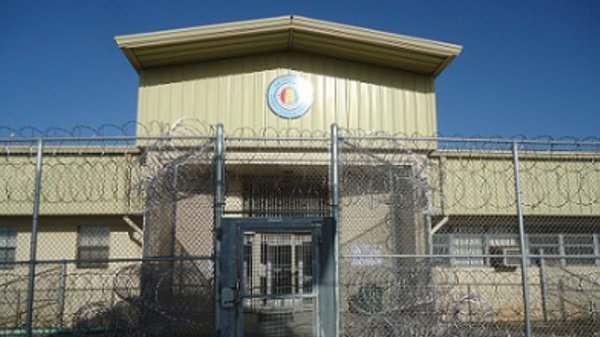