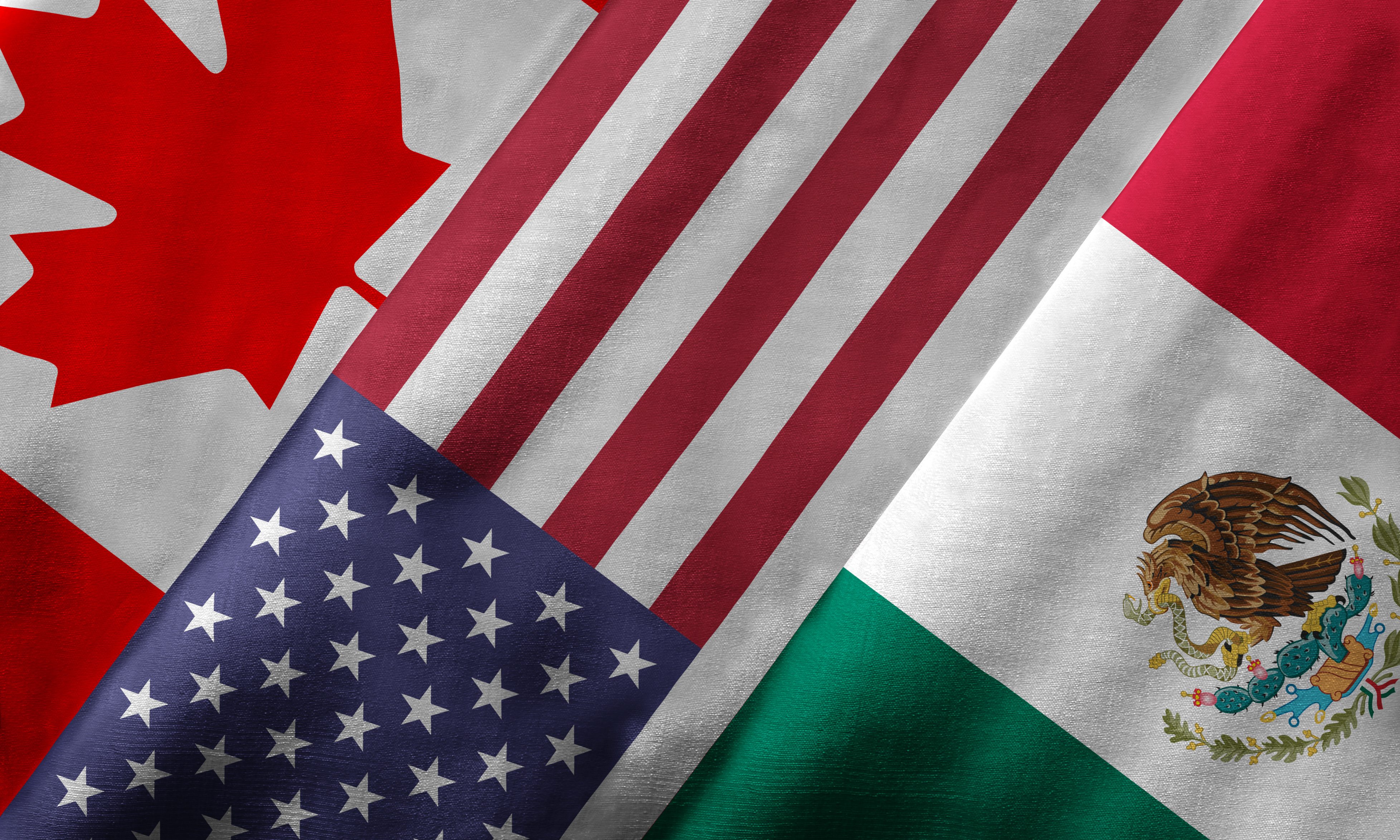 Close up of the flags of the North American Free Trade Agreement NAFTA members on textile texture. NAFTA is the world's largest trade bloc and the member countries are Canada, United States and Mexico.

Sewell was a member of the Democrat Working Group tasked by Speaker of the House Nancy Pelosi (D-California) with improving the deal negotiated by President Donald J. Trump (R) with the governments of Mexico and Canada. Sewell worked for six months to make transformative changes to the labor, environment, access to medicines and enforcement provisions in the deal.

“It was an honor to serve as one of the eight Democratic members tasked by Speaker Pelosi to negotiate with the Trump Administration to improve this trade deal,” Sewell said in a statement. “Because of House Democrats, the U.S.-Mexico-Canada Trade Agreement that the House passed today is infinitely better than the agreement that the Trump Administration handed us earlier this year. While not a perfect agreement, the re-negotiated USMCA is a win for Alabama manufacturers and farmers and will help level the playing field and promote economic prosperity for workers and businesses in Alabama’s 7th Congressional District.”

“Alabama scored a major victory today with the long-overdue House passage of USMCA,” Byrne said in a statement. “This trade deal strengthens relationships with two of Alabama’s largest trading partners and will benefit businesses and industries large and small throughout the state, particularly in our agriculture, automotive manufacturing, steel, energy and high-tech sectors. And with the continued growth at the Port of Mobile, Alabama stands to benefit more than most.”

In 2018, Alabama exported over $4 billion in goods to Canada and over $2.6 billion to Mexico. USMCA will help level the playing field for American workers, farmers, ranchers and businesses, leading to further economic growth in Alabama.

“Prior to our negotiations, the Trump Administration handed the House a USMCA with the same broken state-to-state dispute settlement mechanism that made the original NAFTA unenforceable,” Sewell explained. “The President’s proposal was a total non-starter for Democrats and working Americans, so I made enforcement my top priority, closing harmful loopholes in the old NAFTA’s dispute resolution mechanism that now makes the trade deal more enforceable. We also added new enforcement rules that will make it easier for our Trade Representative to dispute labor violation, especially with Mexico.”

Sewell’s office said that House Democrats closed enforcement loopholes and streamlined the dispute settlement system to ensure that our trading partners live up to their commitments. An enhanced state-to-state measure will settle general disputes and ensures states cannot block enforcement complaints. For the first time in a trade agreement, created rules of evidence – rules that will help the United States successfully litigate labor, environmental and other fact-intensive disputes.

Sewell also worked with Reps. Rosa DeLauro (D-Connecticut), Jimmy Gomez (D-California) and Mike Thompson (D-California) to improve the labor standards included in the deal. Those improvements include: The establishment of a labor-specific, rapid-response enforcement mechanism that allows for quick, facility-based enforcement of new labor standards included in the agreement; The creation of an independent review body to ensure that Mexico is implementing its labor reform and is complying with its new labor obligations and is meeting the required timelines, which will help protect workers from violence and prosecute labor violations; Allowing for the imposition of penalties on goods and services that are not produced in compliance with key labor standards which creates direct incentives to meet the new standard; and the commitment of robust funding to protect American workers by monitoring and enforcing the deal.

While Democrats are crediting Sewell and her team with improving the agreement, the Trump Administration is celebrating the achievement as a major victory for the President’s foreign policy team. Donald J. Trump had been elected in 2016 promising to renegotiate the NAFTA agreement and other trade deals.

Byrne’s office said that the USMCA is projected to create 176,000 new American jobs and raise our GDP by $68.2 billion. The agreement raises the amount of made in America products Mexico and Canada will buy with exports to Canada increasing by an estimated $19 billion and exports increasing to Mexico by $14.2 billion.

The bill passed in the House and awaits further action in the Senate.