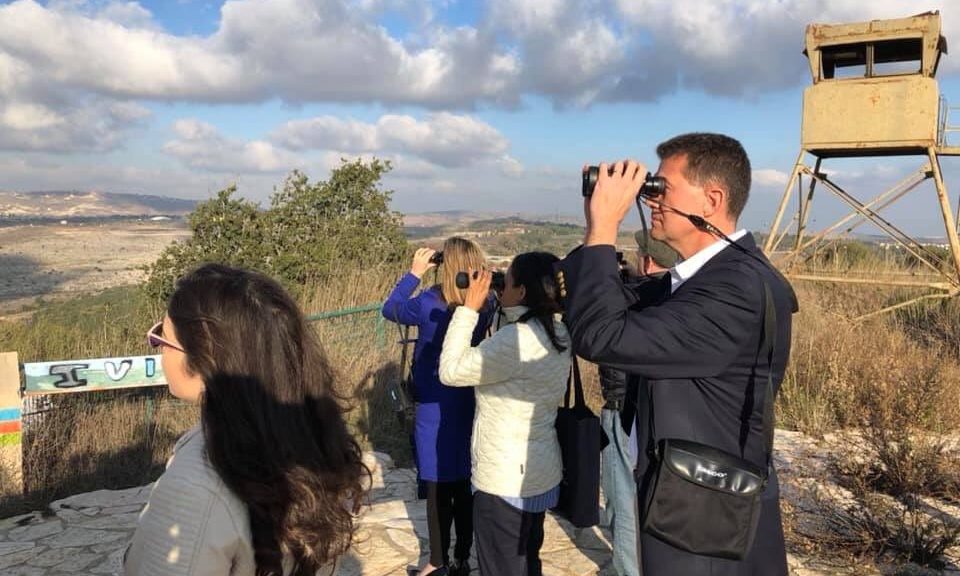 Secretary of State John H. Merrill had the unique opportunity to meet with Ambassador Yuval Rotem, the Director General of the Ministry of Foreign Affairs, who works to administer Israel’s foreign policy and establish stronger relations with other countries.

“Strengthening social and governmental relationships with Israel at the state level allows Alabama to have a strong economic and political partner in Israel, and further enabled me to understand how they secure their electoral process, which was my primary goal in visiting,” stated Merrill.

The latter half of the week included meetings with local Israeli government leaders including Haim Bibas, Chairman of Israel’s Federation of Local Authorities, and various representatives from Knessett (Israeli Parliament).

“Meeting with local leaders last week reinforced my belief that in order to ensure the entire state is prepared for the 2020 election cycle, we must continue our efforts with all of Alabama’s 67 counties,” explained Merrill. “Discussing security measures as they relate to elections with numerous experts on the matter, including Supreme Court Justice Hanan Melcer, the Head of Central Election Commission, has allowed me to consider an entirely new set of perspectives and opinions.”

Through visits to Ramallah, the administrative capital of the Palestinian National Authority, the Municipal Innovation Center, the Yad Vashem Holocaust Memorial Museum, the Old City of Jerusalem, and other historic landmarks, Secretary Merrill has fostered a deeper understanding of Israel’s rich history and how the country has overcome challenges.

One of the highlights of his trip was a helicopter survey of defensive positions and areas of strategic concern. This survey took Secretary Merrill to four different areas of evaluation including the Holy Land, the West Bank region, up the northern border of Lebanon, and other areas under constant threat of siege. “Seeing Israel from the Ariel view allowed me to fully understand how the country has been successful in fending off any group looking to cause harm,” said Merrill.

“I am incredibly grateful to the representatives at NASS and AJC for making this experience possible. In collaborating with Israeli government, academia, and the private sector, I have identified new ways in which we can strengthen our state’s security.”

Mike Rogers, other Republicans accuse Democrats of not standing with Israel