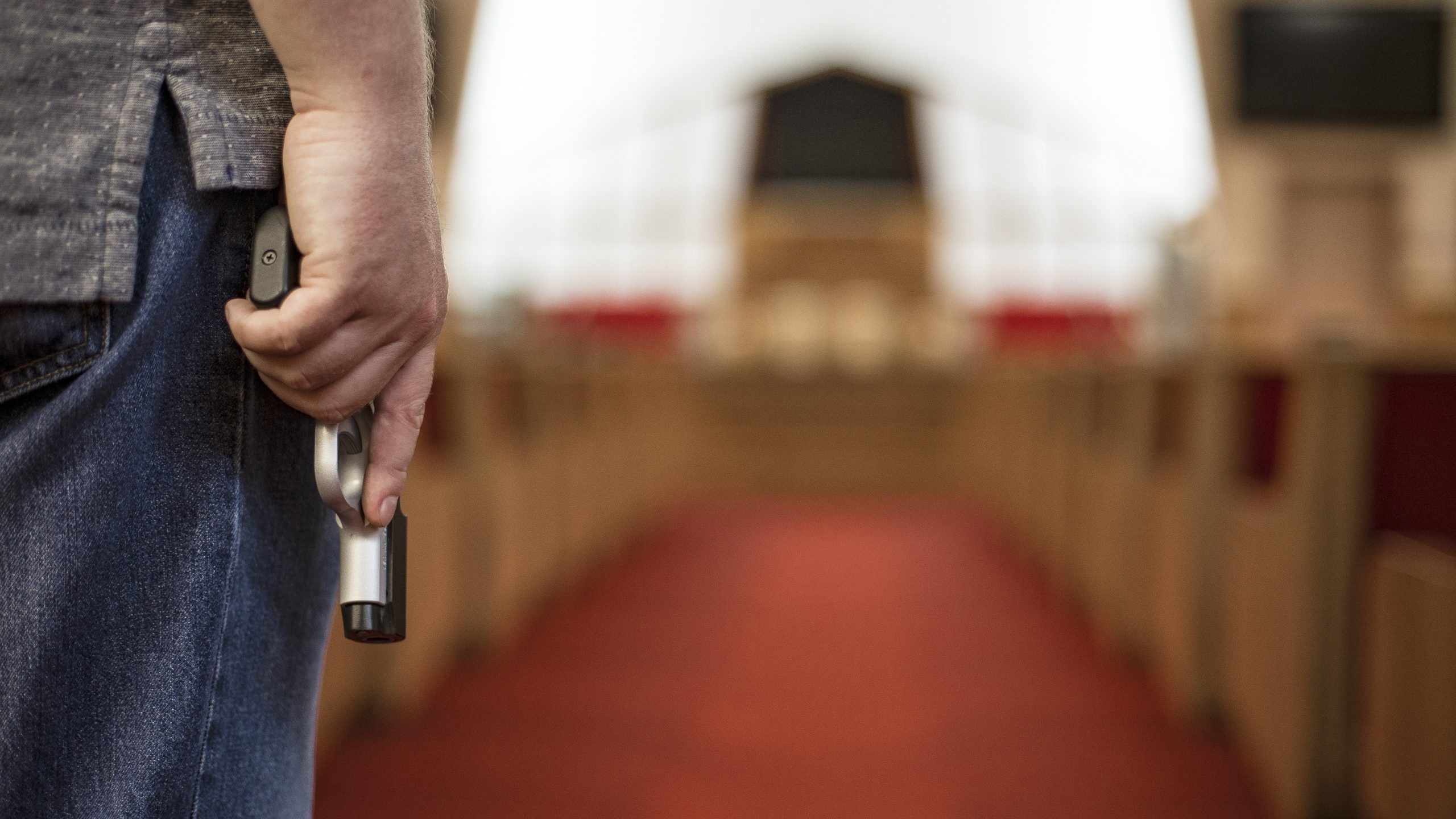 Across Alabama and the nation, news stories on the recent shooting at West Freeway Church of Christ in White Settlement, Texas, that left three people dead, including the shooter, have almost unanimously called the tragedy an unqualified success story for gun rights advocates. The Dallas Morning News headline, for example, proclaimed: “A church shooting near Fort Worth ends because good guys with guns fought back.” All the news stories report that the church had a trained and armed security team, reportedly led by former FBI agent and firearms trainer Jack Wilson, who pulled his gun and shot Keith Kinnunen, the “bad guy.” But only after Kinnunen had shot and killed two other church members.

Predictably, Alabama politicians, including Jeff Sessions, Bradley Byrne and Tommy Tuberville, have jumped at the opportunity to praise the “good guy” Wilson and to promise again they will defend American’s Second Amendment right to self-defense with firearms against all comers. And Alabama Attorney General Steve Marshall issued a statement boasting that Alabama has the same “stand your ground” law that allows citizens to have their guns in church, and urging Alabama churches to adopt security plans similar to that of the Texas church.

Certainly, Wilson’s courage and skill in response to the shooting are praiseworthy. And all the news stories praise the “hero” Wilson for – within only six seconds – preventing Kinnunen from killing many more of the over 200 church members present for that Sunday service. However, the question not addressed in all the media “coverage” is why a supposedly well-trained security team didn’t intervene long before any shooting started.

Wilson is quoted as saying he spotted Kinnunen as a potentially serious threat as soon as he walked into the church, wearing a long overcoat, a fake beard “which he kept adjusting,” and a wig, topped with a toboggan. Wilson alerted other members of the security team, went to the audio-visual room to make sure a camera was trained on Kinnunen, and positioned himself so as to have a good view of the “bad guy.” He says Kinnunen at one point got up and went to the restroom, came back to his seat, but then went to speak with the minister briefly before sitting down again. In all this time, why didn’t Wilson or some other member of the security team confront Kinnunen? Sit down beside him? Talk with him? Maybe even try to discern what his problem was, and how to help him?

The answer clearly is that this church security team was prepared and ready only for a gunfight, and not prepared to try to keep the peace, to head off violence before it starts, or to reach out to help someone perceived to be a “bad guy.” And because they were “good guys,” not going to start any trouble, they had to wait until Kinnunen drew his weapon before they could use the only tool in their toolbox.

Arguments on both sides of our mass shootings issue tend to see the solution as either much stronger or much weaker gun regulations. It seems clear to me that this near-exclusive focus on gun regulations, pro or con, is a distraction. The gun rights advocates like to say “guns don’t kill people, only people do that.” I agree with that and think it should be taken very seriously. The “bad guy” in this incident was well known by many over a long period of time to be mentally unstable and violent. The tragedy here first of all is that no combination of friends, family, church, social services, the criminal justice system or any other element of Kinnunen’s “community “ was able to see the problem coming, give him the help he needed, or at least to intervene to prevent his harming others. Of course Kinnunen is just one more example in the too-long count of our mass shooting epidemic, individual events differing only in the details. But that kind of failure is what we should be focused on to find solutions, not just gun regulations (pro or con).

Because of its details, however, the West Freeway Church of Christ shooting exposes more clearly than most an underlying cultural problem we should be dealing with, so extreme a reliance on guns or other lethal weapons in response to just about any problem or perceived threat that it amounts to actual worship of violence. And demonizing “others” we don’t like in order to justify our violence. Wilson is quoted as saying “I didn’t kill a human being. I killed an evil.”