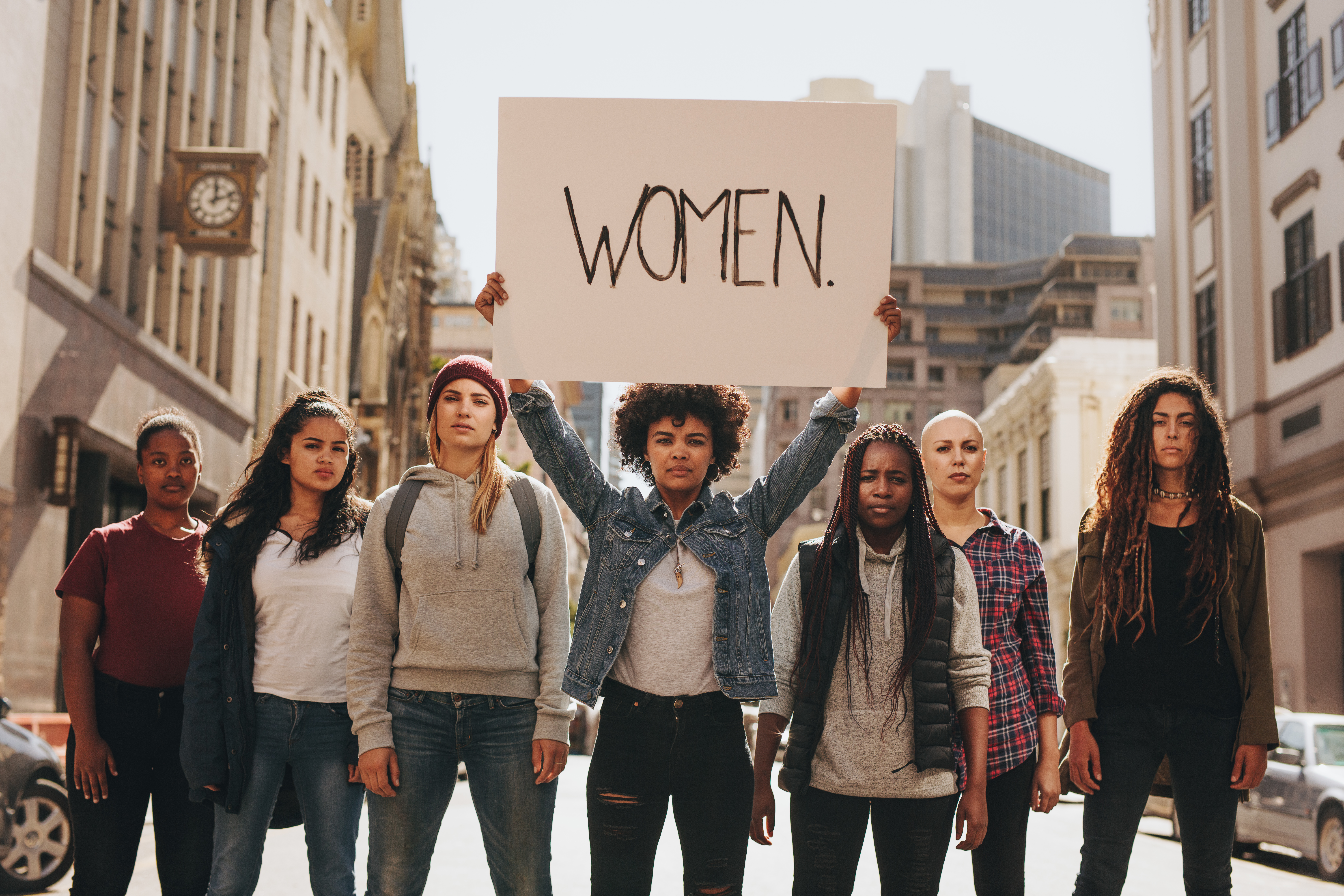 Group of women marching on the road in protest. Young woman holding a protest sign about women empowerment

35 states have implemented legislation to criminalize female genital mutilation (FGM). However, Alabama is among the remaining 15 states to have no laws criminalizing the practice.

Female genital mutilation, which is defined as a procedure to “remove, cut, circumcise, excise, mutilate, infibulate or reinfibulate” any part of the genitals for non-medical purposes on females under the age of 19.

Khatija “Kadi” Doumbia, one of millions of women who was subjected to the practice of FGM, has been able to tell several state legislators the story of how she was cut at 5-years-old in her home country of Mali in West Africa.

“I have no recollections of the actual cutting,” Doumbia said in a statement. “God only knows what happened because I do not even remember the physical pain that I must have gone through while I was being cut; I am thinking that I must have fainted. Though, I do remember vividly some of the events that took place around it, such as the healing process.

“I do also remember my mother caring for me and being in charge of my personal hygiene. I have been trying to find a reason why girls have to undergo female genital mutilation, but unfortunately, I have not yet found any valid reasons; perhaps there is no reason at all other than myths and ignorance.”

Elizabeth Yore, child welfare advocate and head of EndFGMToday, hopes that hearing from FGM survivors will motivate U.S. legislators to takes steps to protect women and girls from being subjected to the practice.

“When lawmakers hear from an actual victim and survivor of female genital mutilation, the horrors of this practice become very real,” Yore said in a statement. “We applaud the brave women like Kadi who are working to make sure that other little girls do not endure the same trauma they did.”

The World Health Organization estimates that more than 200 million women and girls worldwide have been subjected to FGM. The Center for Disease Control reported in 2012 that an estimated over 500,000 women and girls in the United States are at risk of being victims of the practice.

The EndFGMToday initiative calls again for these remaining states to outlaw the procedure in 2020, as well as pass federal legislation against the practice.

The Alabama House of Representatives adjourned early this year without taking action on HB421, a bill that would have made performing FGM on a female younger than 19 a Class B felony and charged parents or guardians who knowingly allow, authorize or direct another to perform FGM with a Class B felony.

The practice of FGM was declared a felony in 1996 under the Female Genital Mutilation Act. However, that law was deemed unconstitutional last year by a federal judge, leaving states to decide on regulating the practice.