Senate Bill 45 and House Bill 36 aim to amend a 2016 law which defined critical infrastructure in Alabama and created criminal penalties for unauthorized trespassing on such property.

The legislation filed this week adapts language from a variety of other states’ laws and adds the unauthorized use of unmanned aerial vehicles (drones) to the trespassing statute which is a Class A misdemeanor. The legislation also imposes a Class C Felony for individuals who “injure, remove, destroy, break or otherwise interrupt or interfere with the operations of a critical infrastructure asset” during the commission of unauthorized entry.

“This legislation is an important step in enhancing a bill I sponsored and passed in 2016,” said Ward. “Critical infrastructure assets are the backbone of our quality of life in America and we must do everything we can to have the proper legal protections in place. Damaging critical infrastructure is a serious offense which can lead to significant safety and environmental hazards as well as disrupt economic activity across the state, region and even the entire country. With this legislation, we will ensure we continue to provide the necessary protections for our domestic energy security in Alabama. I look forward to working with my colleagues in the Senate on this important issue.”

“Alabama is blessed to be the home of a variety of critical infrastructure assets across the state. Not only do these assets provide jobs to Alabamians, but they also support our day-to-day lives with the resources we often take for granted. We must continue to be vigilant with our efforts to combat any potential threats to our critical infrastructure both domestically and abroad and that is why I am pleased to sponsor this legislation. I look forward to working with my colleagues in the House to ensure we are leading the way towards protecting one of the very pillars of our society – our critical infrastructure,” said Representative Brown.

“The Energy Institute of Alabama commends Senator Ward and Representative Brown for taking the proactive measure to ensure Alabama’s critical infrastructure assets are protected. In times of uncertainty, domestically and abroad, measures like this legislation are a welcome sign from our political leaders who are taking a proactive and logical approach to ensure our domestic energy security,” said Chairman of the Energy Institute of Alabama, Seth Hammett.

“Manufacture Alabama is thankful for the leadership of Senator Ward and Representative Brown in sponsoring this vital piece of legislation. Protecting the state’s critical infrastructure is extremely important to not only our members, but the people of Alabama. This bill will further provide law enforcement and the Judicial Branch the tools that it will need to deter individuals bent on destroying private property and disrupting the flow of energy,” said Manufacture Alabama President and CEO, George Clark.

“We applaud Senator Ward and Representative Brown for their commitment to protecting our state’s critical infrastructure. Pipelines and other oil and gas infrastructure are instrumental in delivering clean, affordable and reliable energy to Alabama’s working families, and this bill provides an important mechanism to deter those who would hope to interrupt our state’s flow of energy and create a potential safety risk to communities, first responders, and the environment,” said Alabama Petroleum Council Executive Director, Jon Barganier.

Brooks to vote no on Democratic infrastructure bill

“Nancy Pelosi & her Socialist comrades are hellbent on destroying America,” Brooks claimed. “They won’t stop spending until America is bankrupt. They covet economic disaster so they can rebuild a Socialist America under the guise of providing economic relief. In this instance, Socialism comes cloaked as an infrastructure bill.”

HR2, the Invest in America Act, is sponsored by Congressman Peter DeFazio of Oregon.

“The Socialists’ latest attempt to bankrupt America is a 2,300+ page bill, drafted behind closed doors by a select few, introduced just last week, that increases America’s debt and deficits by $1.5 trillion!” Brooks claimed. “That’s $1.5 trillion America doesn’t have, has to borrow to get, and cannot afford to pay back. America’s national debt blew through $23 trillion in November, $24 trillion in April, $25 trillion in May, and $26 trillion in June.”

“Incredible as it may seem, even without this $1.5 trillion monstrosity, the federal government is on a course to spend roughly $50,000 per American household this year!” Brooks said. “Of course, that spending must first be taken from taxpayers in the form of higher taxes or greater debt. History proves you can’t spend and borrow your way to prosperity. America is no exception.”

“Socialist Democrats call HR2 an infrastructure bill,” Brooks said. “The fact is, the bill contains more that would impede infrastructure projects than spur them. The bill is chock-full of new top-down, one size fits all Washington mandates and bureaucratic hurdles.”

U.S. Senator Richard Shelby, R-Ala., today announced that 16 local airports across the state of Alabama will receive a total of $10,750,845 in Federal Aviation Administration (FAA) grants for improvements to airport infrastructure.  The grant funding, awarded by the U.S. Department of Transportation (DOT), has been made available through annual appropriations measures, as well as the Coronavirus Aid, Relief, and Economic Security Act (CARES Act) of 2020.

“Improvements to infrastructure at the local level are important for economic development in our communities,” said Senator Shelby.  “I am pleased that these 16 airports will receive nearly $11 million to enhance safety and boost aviation advancements.  This is great news for each of these areas and will advance economic growth.  I look forward to the positive impact this funding will have throughout Alabama.”

The FAA grants are administered through Fiscal Year 2020 Airport Improvement Program (AIP) annual and supplemental awards.  Additionally, funds provided through the CARES Act serve as the local match for the infrastructure grants.

A total of 16 grants were awarded to local airports in Alabama, amounting to $10,750,845 for the following airport projects: 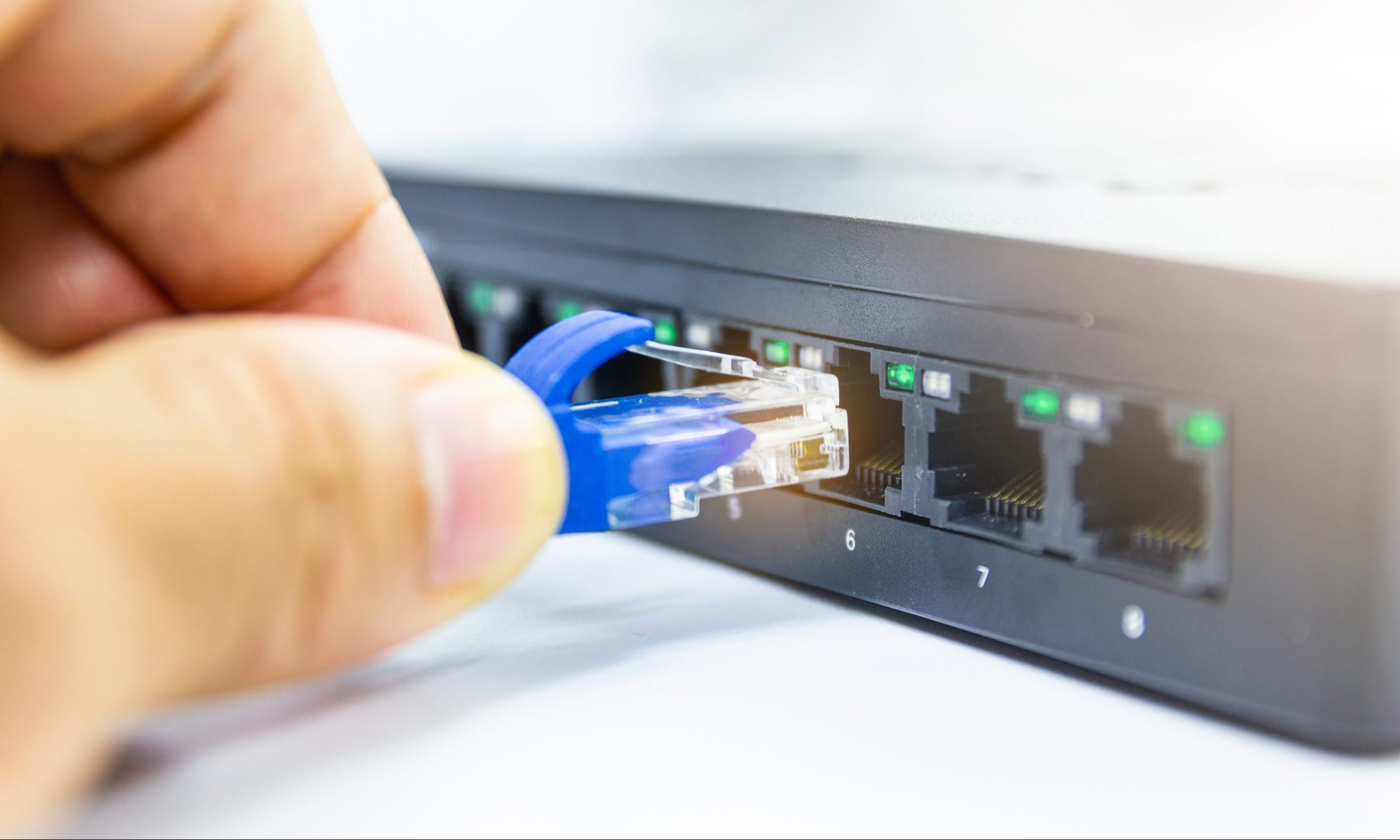 “As you may know, one of my top priorities in Congress is tackling the issue of rural broadband,” Aderholt said. “This is something that impacts so many people in our district on a daily basis, and it’s simply unacceptable. Right now, there are two different America’s, one that has access to high quality, high speed broadband, and one that does not. We have to fix this. That’s why I created the ReConnect Program years ago and pushed to include broadband funding in the COVID-19 relief bills we passed earlier this year. However, government can’t be the only solution to this problem – and luckily, here in our district we have organizations taking the matter into their own hands.”

“Cullman Electric Cooperative just introduced their phase one fiber project plan last week, and I am thrilled about the work they are doing,” Aderholt explained. “This is a great step forward for rural broadband in Alabama, and I am happy that these wonderful folks are right here in our community. One day rural America will have high quality, high speed broadband like the rest of the country, and we will be able to thank groups like Cullman EC for making it happen.”

Economic developer Dr. Nicole Jones told the Alabama Political Reporter, “High-speed internet is needed for jobs, health care, public safety, education, and quality of life. When potential large-scale employers are evaluating potential sites in the state of Alabama, almost every company inquires about access to broadband. Many rural counties do not initially have the tax base or level of population to fund the infrastructure needed for high-speed internet. As a response to the growing need for connectivity, financial assistance in the form of grants for service providers will help supply high-speed internet service to our rural areas. A team effort is essential to achieve the goal of broadband accessibility, which includes state assistance for the infrastructure administered by ADECA, federal assistance through the USDA, and private sector investments.”

“One of the most recent direct results of teamwork between the public and private sector includes Sprout Fiber Internet,” Dr. Jones explained. “Administered by Cullman Electric Cooperative, Sprout Fiber Internet will connect portions of Cullman County and Winston County with fiber at approximately 100 to 200 gig capacity. Phase One will serve some commercial areas and about 12,000 members. Residents can go to Cullman Electric Cooperative’s website (www.cullmanec.com/sprout) and input their address to verify coverage. Cullman Electric will host a series of community outreach events starting in July to discuss upcoming plans. The partnership with Cullman Electric is a tremendous achievement for the area and is only the beginning. High-speed internet will be supplied in ten phases. We look forward to seeing the benefits in our local communities.”

U.S. Senator Richard Shelby, R-Alabama, today announced that 25 local airports across the state of Alabama will receive a total of $60,999,054 in Federal Aviation Administration (FAA) grants.

The funding, some of which is made available through the Coronavirus Aid Relief, and Economic Security Act (CARES Act) of 2020, was awarded by the U.S. Department of Transportation (DOT) for various airport improvements.

“These FAA grants will support airport infrastructure improvements to 25 Alabama airports and allow operations to continue as they work to minimize the negative effects of COVID-19,” Shelby said in a statement. “It is important that we invest in advancing our airports, particularly those in rural areas which have a significant economic impact in local communities.  This $61 million in DOT funding for aviation in Alabama is great news and will contribute to the vitality of our entire state.”

The FAA grants are administered through Fiscal Year 2020 Airport Improvement Program (AIP) annual and supplemental awards.  Additionally, funds provided through the CARES Act serve as the local match for the airport improvement projects.

A total of 28 grants were awarded to 25 local airports in Alabama, amounting to $60,999,054 for the following airport projects:

“We can’t handle much more”: Doctors sound alarm as COVID-19 surges in Alabama

For first time, Alabama reports more than 1,000 COVID-19 cases in a single day