Just before Christmas, the House of Representatives passed the renegotiated U.S.-Mexico-Canada Trade Agreement (USMCA). I was honored to play a key role in the crafting of a much-improved USMCA as one of the eight Democrats chosen by Speaker Pelosi to negotiate with the Trump Administration to improve the agreement.

I am and have always been a strong supporter of trade policies that benefit Alabama workers and expand market access for Alabama–made products and services. If properly crafted, trade agreements can create thousands of 21st century, high-paying jobs.

However, the original NAFTA fell far short on worker protections and enforceability. We in Alabama are uniquely aware of the downfalls of the poorly-negotiated trade agreement that left American workers and businesses behind, like Alabama’s garment industry. It was with that memory in mind that I set out to make the new USMCA better for our state.

Unfortunately, the Trump Administration handed the House of Representatives a trade agreement with the same inadequatelabor standards and broken enforcement mechanism thatweakened the old NAFTA. The Administration’s deal was a non-starter for Democrats. I, along with other members of the Democrat Working Group, negotiated with the U.S. Trade Representative for six months to transform USMCA into an agreement that would benefit Alabama workers.

I made it my top priority to negotiate new provisions that close loopholes in the original NAFTA and create a new state-to-state dispute settlement tool that makes this agreement enforceable. Not only were we able to lock in this change, but we created a brand new rapid-response enforcement tool that will make it easier for our Trade Representative to dispute labor violations, especially with Mexico. Our workers and our labor unions are the backbone of this nation – when workers are strong, our nation and our economy is strong. With these new enforcement provisions, we can begin to rebalance our trade agreements to protect workers’ rights and help our local economies grow.

The new agreement will incentivize increased investment in U.S. auto manufacturing and benefit the over 40,000 Alabama workers in the auto sector. It is also a win for Steelworkers, Teamsters, the AFL-CIO and employers like Vulcan, Nucor andCemex that sell Alabama–made products in foreign markets.

I will continue fighting to end the Trump Administration’s reckless trade wars that are bankrupting Alabama farmers, and threats to impose steep tariffs that would hurt Alabama’s auto workers. But when we find common ground as we have with the new USMCA, we have the opportunity to improve the lives and circumstances of all Americans.

The re-negotiated USMCA is not a perfect agreement, but it is a win for Alabama and will help level the playing field and promote economic prosperity for workers and businesses across the United States. 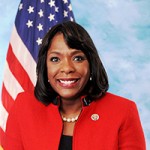