Parole - Wooden 3D rendered letters/message. Can be used for an online banner ad or a print postcard.

Based on a recent report, it appears that the ACLU is more worried about convicted felons than the safety of Alabama communities.

The report by the ACLU of Alabama is critical of the Alabama Board of Pardons and Paroles for the reforms that have reduced the number of paroles.

The parole board under the leadership of former Attorney General Charlie Graddick has taken to looking at each potential individual who is up for parole on a case by case basis. The reforms enacted by the Alabama Legislature and Governor Kay Ivey were much needed. Before the changes, crime victim advocates rightly complained about the number of early paroles of violent felons.

With the changes to the Board, the number of paroles has declined based on the board now restricting who is eligible for parole and who can now be released.

The ACLU is complaining about prison overcrowding and blaming the parole board for exacerbating the problem.

It is not the job of the Alabama Board of Pardons and Paroles to resolve the issues with the corrections system of the state. The responsibility for addressing problems with the state’s prisons rests with Alabama leaders.

The Board must continue to address each individual incarcerated to determine if they meet requirements for release, including the concerns of crime victims.

The ACLU is wrong to ask the board to allow prisoners to be set free to free up prison space.

Public safety and crime victims are finally being made a priority at the Alabama Board of Pardons and Paroles, and it should stay that way.

Paul DeMarco is a former member of the Alabama House of Representatives and currently serves as Jefferson County GOP chairman.

In this article:ACLU, Alabama Board of Pardons and Parole, Alabama Legislature, Governor Kay Ivey, Prisoners 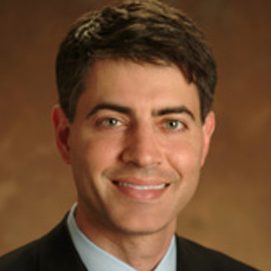 Paul DeMarco is a former member of the Alabama House of Representatives.