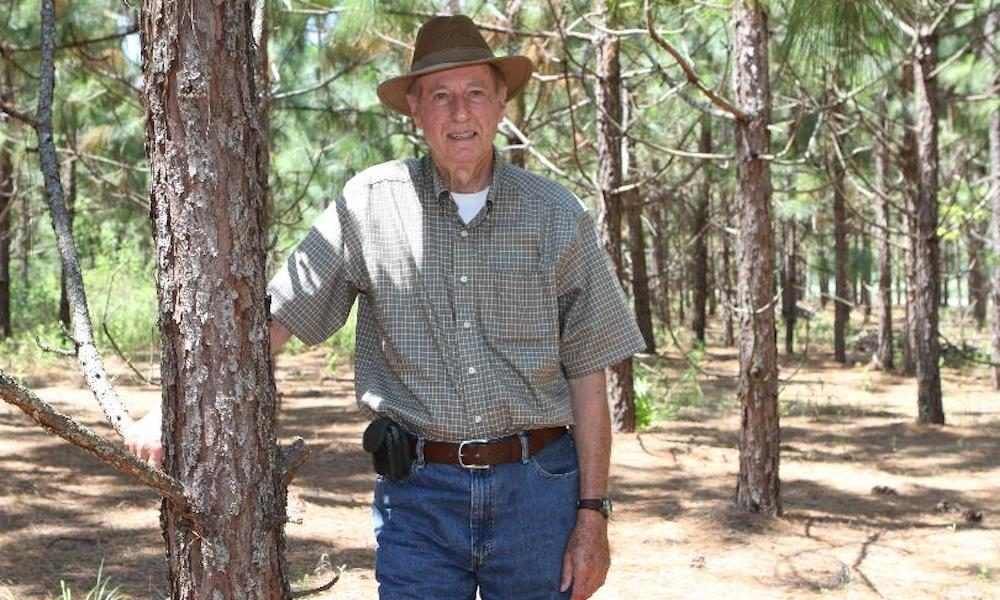 “The Alabama Farmers Federation joins Mr. Dorrill’s family in mourning the loss of this legendary leader who throughout his life never lost his agricultural roots,” said Federation President Jimmy Parnell. “I’m not sure we’ll ever know the full impact he had on Alabama agriculture, but there is no doubt farming in Alabama would not be what it is today without the work and dedication of John Dorrill.”

Dorrill went to work for the Federation in 1955 as an area organization director. He became the organization’s lobbyist and assistant to the president, then J.D. Hays. Under President Goodwyn Myrick he became executive director. Dorrill held that position until his retirement in 1998.

Dorrill helped form the Alabama Peanut Producers Association, the Federation’s Young Farmers Program and ELECT— the Federation’s political action committee. His political prowess is credited with helping tackle tough issues like sales tax exemptions on agricultural items, current use tax legislation and the lid bill. Commodity checkoff legislation was written and implemented during his tenure with the Federation, and he helped establish important farm programs such as the Boll Weevil Eradication Program, Dairy Marketing Association and the Alabama Milk Control Board.

Dorrill’s father was a Pike County sharecropper. He graduated from Pike County High School and is a graduate of Troy State University. He was a Korean War veteran serving two years in the Army Counter Intelligence Corps. After his return to Alabama, Dorrill enrolled at Alabama Polytechnic Institute, now Auburn University, where he earned a degree in agricultural economics.

Dorrill received the Federation’s Special Service To Agriculture Award in 2003. This is the highest award given by the Federation, the state’s largest farm organization. In 2006, he was inducted into the AU Alabama Agriculture Hall of Honor.

After his retirement, Dorrill remained active in state, local and federal political issues. He served on the Federation’s State Wildlife Committee and State Forestry Committee. He served as Pike County Farmers Federation president for several years and was a Pike County Soil and Water Conservation District supervisor.

He also served as Alabama TREASURE Forest Association president and Alabama Forestry Council president. He was past chairman of the Alabama and National Farm-City committees and past district governor of Alabama District Kiwanis International.

Dorrill was an active member of the First Baptist Church of Troy where he attended the Baraca Sunday School Class and was a former teacher of the class.

Dorrill enjoyed spending time with his family at their Pike County farm. He often shared his farm with others, hosting events such as the Annual Take A Kid Fishing Day in Pike County and tours on his timberland, which is a certified TREASURE Forest.

The funeral will be Saturday, February. 1, at noon at the First Baptist Church in Troy. Dr. Joe Godfrey will officiate. Visitation is from 10 a.m. to 12 noon, prior to the service. The burial will follow in the Bethel Baptist Church Cemetery near Banks.

The family has requested that memorials be made to the Alabama TREASURE Forest Association Scholarship Fund — ATFA Scholarship Fund, P.O. Box 11000, Montgomery, AL 36191