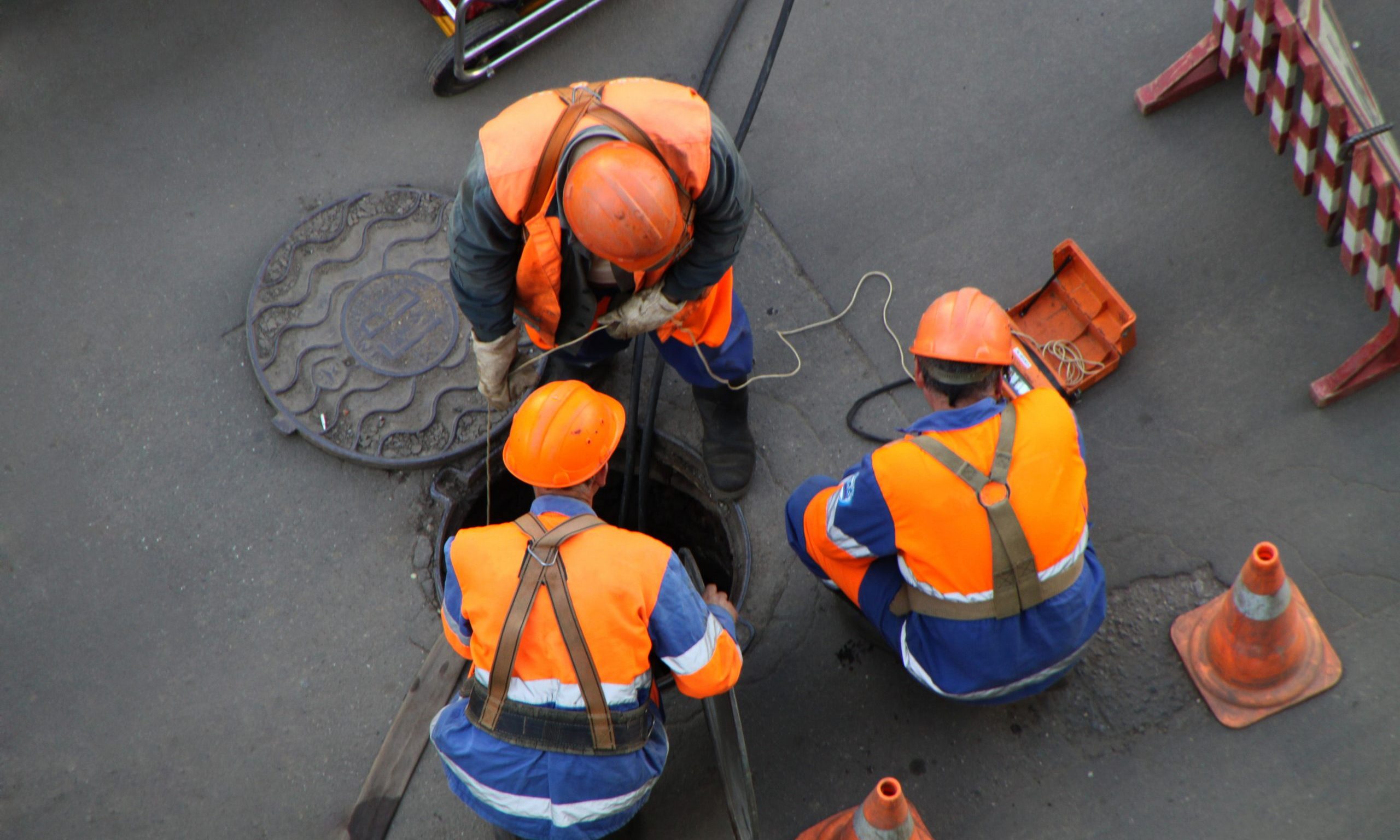 Lieutenant Governor Will Ainsworth on Monday released a comprehensive report that provides specific recommendations for improving the state’s workforce development efforts and maintaining Alabama’s ability to compete for economic investments.

“This detailed report is Alabama’s blueprint for preparing its citizens to fill long-lasting, well-paying, 21st Century jobs,” Ainsworth said.  “If our efforts prove successful, Alabama will continue leading the nation in economic development, industrial expansion, and job creation for many years to come.”

Compiled by the Lieutenant Governor’s Commission on 21st Century Workforce, an eight-member panel created by the Legislature in 2019, the group recommended a series of budget allocations, institutional reforms, and other measures.

Among the commission’s recommendations were:

“We developed this report as an action plan and a call to arms, and not something that should be tossed on a shelf to gather dust,” Ainsworth said.  “I will be pushing and prodding every level of state government to implement these recommendations so we can position Alabama for continued economic success.”

Lt. Gov. Will Ainsworth announced Thursday that the Alabama Small Business Commission Emergency Task Force has formed a subcommittee on reopening the state’s economy and plans to present a plan to Gov. Kay Ivey and State Health Officer Dr. Scott Harris by April 17.

“Reopening Alabama’s economy and getting businesses back to work will not be like flipping a light switch, but it will more likely be accomplished in stages once the COVID-19 pandemic begins to ease,” Ainsworth said. “The purpose of this subcommittee is to provide a roadmap to reopening the economy that balances the public’s health and safety with the need for small business owners and employees to resume operations.”

The subcommittee will consider issues like how to best ease restrictions on restaurant and store capacity guidelines and how to incorporate social distancing needs with increased commerce once officials decree that the worst of the COVID-19 threat has passed.

State Rep. Danny Garrett (R – Trussville) will serve as chairman of the subcommittee.

On Thursday, Treasury Secretary Steve Mnuchin said that he believed that the economy can reopen in May.

A number of measures were taken at the national, state, and local levels to shut down the economy beginning in early March in order to stop the spread of the coronavirus strain, SARS-CoV-2, that causes COVID-19.

In March there were estimates from public health officials that over a million Americans would die from COVID-19 without the forced economic shutdown. As Americans have widely adopted the social distancing recommendations of the CDC and the White House Coronavirus task force those estimates have come down to less than 60,000 deaths.

The fear of opening the economy up too soon is that it will unleash the virus as everyone returns to work, restaurants, sporting events, and shopping. The fear of waiting too long to open the economy is that businesses are currently burning up their emergency funds and lines of credit with little or no revenue coming in. The fear is that the longer we wait the fewer the businesses that will survive likely sparking a long protracted recession that will deeply impact Alabama families. 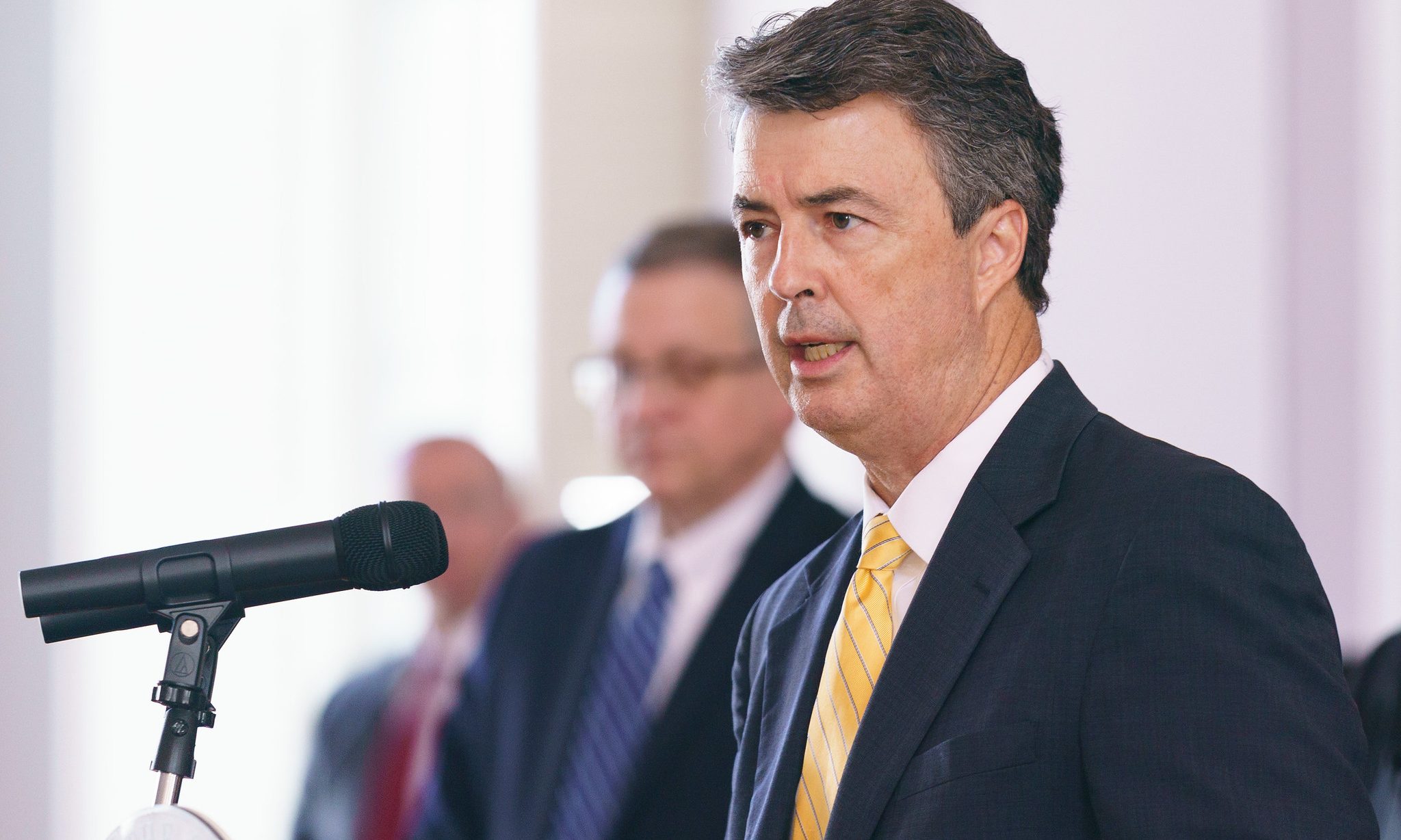 Alabama Attorney General Steve Marshall wrote in an opinion Tuesday that county and city governments can not provide public funds to private businesses that were impacted by the forced economic shutdown to fight the coronavirus.

“During the COVID-19 pandemic, this Office has received numerous inquiries from counties and municipalities regarding whether a program could be developed using Amendment 772 (Section 94.01 of the Alabama Constitution) as a vehicle for giving economic development grants and loans to small businesses,” Marshall wrote. “While the desire to keep these businesses afloat during the crisis is understandable, unless the grants and loans contemplated under these proposed programs serve a public purpose rather than merely confer a private benefit, they violate section 94 of the Alabama Constitution.”

“Section 94 prohibits the Legislature from “authoriz[ing] any county, city, town, or other subdivision of this state to lend its credit, or to grant public money or thing of value in aid of, or to any individual, association, or corporation whatsoever, or to become a stockholder in any corporation, association, orcompany, by issuing bonds or otherwise (emphasis added).” ALA. CONST. art.

“The Alabama Supreme Court, howeve r, held in Slawson v. Alabama Forestry Commission, 631 So.2d 953, 956 (Ala. 1994) that Section 94, as amended, is not violated when the funds of a subject governmental entity are appropriated for a “public purpose.” Whether the funds are appropriated for a public purpose depends on if they bring about a “direct public benefit of a reasonably general character . . . to a significant part of the public ” rather than merely a “remote and theoretical benefit. ”

Amendment 772 is widely cited by proponents of such a grant or bridge loan program as providing a constitutional basis for the program.

Marshall explained, “The Legislature passed Amendment 772 as a codification of Slawson insofar as economic and industrial development is concerned. Amendment 772 specifically gives a county or municipality authority “to lend its credit to or grant public funds and things of value in aid of or to any individual, firm, corporation, or other business entity, public or private, for the purpose of promoting the economic and industrial development of the county or the municipality. ”

“Although Amendment 772 gives counties and municipalities flexibility to grant or loan funds to private entities without violating section 94, the definition of “economic and industrial development” for purposes of Amendment 772 must be read in light of Slawson’s requirement that the benefit conferred be a “direct public benefit of a reasonably general character . . . to a significant part of the public,.” Marshall wrote. “Whether the expenditure is made for a public purpose is a factual question to be determined by the local governmental body making the expenditure by looking to the statutes setting forth that body’s authority. Opinion to Honorable Robert S. Presto, Escambia County Attorney, dated August 24, 1995.”

“Grants, loans, interest payments, and other similar awards to a private business for the sole reason of keeping that business operating would not meet the Slawson test,” Marshall stated. “Whereas such payments would bestow a significant private benefit, any benefit to the public -at-large would be remote and indirect. The governing body of the county or municipality must be able to articulate a rationale for the expenditure which benefits the public-at large in a more direct manner and is supported by the governing body’s statutory authority. Furthermore, using entities such as the Chamber of Commerce or private banks as “pass-throughs” to facilitate the expenditures does not change this analysis so long as ultimately public money is being lent or granted in aid of a private entity and no public benefit is served.”

“Conclusion While the Office sympathizes with the desire of municipalities to assist small business during the COVID-19 crisis, the current dire circumstances do not provide for a workaround to the requirements of Section 94 of the Alabama Constitution,” Marshall concluded. “As previous Attorney General’s Opinions have found, unless the grants and loans contemplated under these proposed assistance programs serve a public purpose rather than merely confer a private benefit, they violate section 94 of the Alabama Constitution.”

The Attorney General’s opinion effectively bars efforts by city councils and county commissions to help businesses in their towns with grants or bridge loans in order to make it through the forced economic shutdown to stop the spread of the coronavirus.

There is some federal assistance available through the CARES Act and Senate Majority Leader Mitch McConnell (R-Kentucky) has proposed a $250 billion package to provide assistance businesses; but that bill has encountered resistance from Senate Democrats.

Nationally recognized financial consultant Dave Ramsey and other persons in the financial consulting field have long recommended that businesses, and even families should maintain an emergency fund equal to three to six months of expenses. Unfortunately, many business (including very profitable ones) failed to follow that advice and were overleveraged with insufficient cash reserves when they were unexpectedly forced to close by county health officers and orders from Alabama Governor Kay Ivey (R).

The forced economic shutdown to fight the spread of the coronavirus began to be implemented in early March and will not be lifted before April 30. On Thursday, Treasury Secretary Steve Mnuchin expressed optimism that the economy will be able to reopen at some point in May. All Alabama citizens remain under a shelter in place order thru April 30.

EDITORIAL NOTE – Yesterday morning the Alabama Political Reporter published an article based on a legal opinion we were forwarded that we wrongly believed was written by Steve Marshall. That story was immediately retracted when the AG’s office reached out to us. We deeply regret the error, and we apologize for any confusion that our error may have caused.

In partnership with APT, BCA will bring together experts in business, banking, accounting, and law to answer phone calls from Alabama business owners and employers as they grapple with the impact of the coronavirus on the state’s economy. New federal loans are now available for small businesses, but funding is limited in some cases and quick action is required.

Ask the Experts: Employment Law Questions Related to the COVID-19 Pandemic is a new webinar being offered by Manufacture Alabama.

As the COVID-19 pandemic continues to develop, disrupting the lives of everyone around our state, country, and the globe, employers are left with many questions and Manufacture Alabama wants to answer them.

Manufacture Alabama is the only trade association in the state dedicated exclusively to the competitive, legislative, regulatory, and operational interests and needs of manufacturers and their partner industries and businesses.

Manufacture Alabama has enlisted some of the top labor and employment attorneys in Alabama to bring you the first installment of a web series, ‘Ask the Experts.’ In the first installment, their experts will be answering your questions about implementing the new CARES Act Leave guidelines, and best practices for what to do if you have an employee test positive for COVID-19.

The attorneys will also be covering questions whether they are questions related to OSHA standards, the Families First Coronavirus Response Act or the impact of the CARES Act, or anything else labor or employment-related.

Manufacture Alabama also wants to hear stories of the changes manufacturers have experienced in the workplace as a result of the pandemic, and how businesses have changed day to day operations.

Send your questions and responses regarding these topics to [email protected] and stay tuned.

The webinar will be published Tuesday, April 14.

Gov. Kay Ivey orders Alabama to stay at home as cases near 1,500