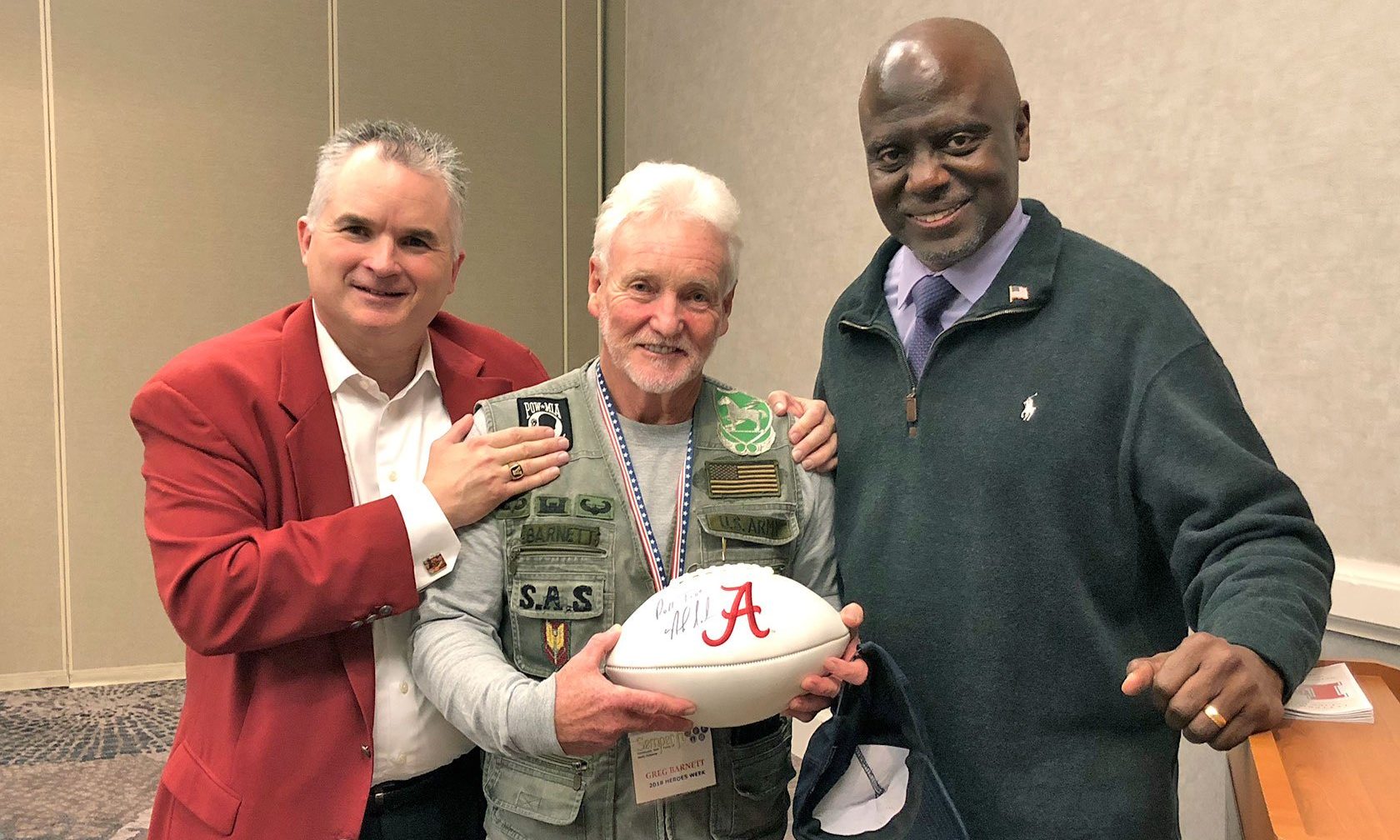 Darryl Furman nearly died in the summer of 2019, and when he didn’t – doctors repaired the valve in his heart – he got right back to work helping veterans and former football players in need.

Furman, 55, played football at the University of Alabama in the 1980s and after the April 27, 2011 tornadoes ripped through Tuscaloosa killing 64 people he founded an organization now called Letterman of the USA that assists veterans and former players.

On Friday the Lettermen of the USA will hold a gala at The Club in Birmingham. Tickets are $150 and can be purchased by visiting the group’s website here. Attendees will receive a dinner, a live auction, and photo and autograph sessions with former Alabama and Auburn players, coaches and military veterans.

University of Alabama at Birmingham head football coach Bill Clark will be honored at the gala, as will Captain Gary Mike Rose, a U.S. Army Medal of Honor recipient.

“I don’t get too upset about that,” Furman said of his open-heart surgery in August. “I’m just happy to be here.”

And while he’s here, Furman explained, he plans to continue to grow the organization he started, so that it can help more people and in bigger ways. It’s work he says he loves to do, and it often comes back to connections he’s made during his years playing football.

Furman described the organizations upcoming gala, the second such fundraiser held, as a night of “heroes and sports legends.”

Among the attendees at this year’s gala will be Cornelius Bennett, former linebacker for the Buffalo Bills, Atlanta Falcons and Indianapolis Colts, former NFL guard Chris Gray, former Crimson Tide players Eryk Anders and Kermit Kendrick, among many others.

In addition to giving out autographed footballs to wounded veterans, the nonprofit is now doing renovations to improve accessibility to their homes and helping in other ways when needs arise. There are also plans to begin building tiny homes for vets, Furman said, but in all of the work they do, the nonprofit works with other aid organizations instead of competing for resources.

“We don’t compete with anybody. We have support for everybody.” Furman said of the work they do in coordination with other groups.

From his years playing for the Crimson Tide and decades as a sales executive to running a nonprofit, Furman said life comes at you in unexpected ways, but said he’s guided by his faith and hopes to continue to make a difference in others’ lives.

“You just never know what’s in store for you,” Furman said. “I truly believe I’m doing what I’m supposed to be doing.”

Gerald Allen announces that he is running for re-election