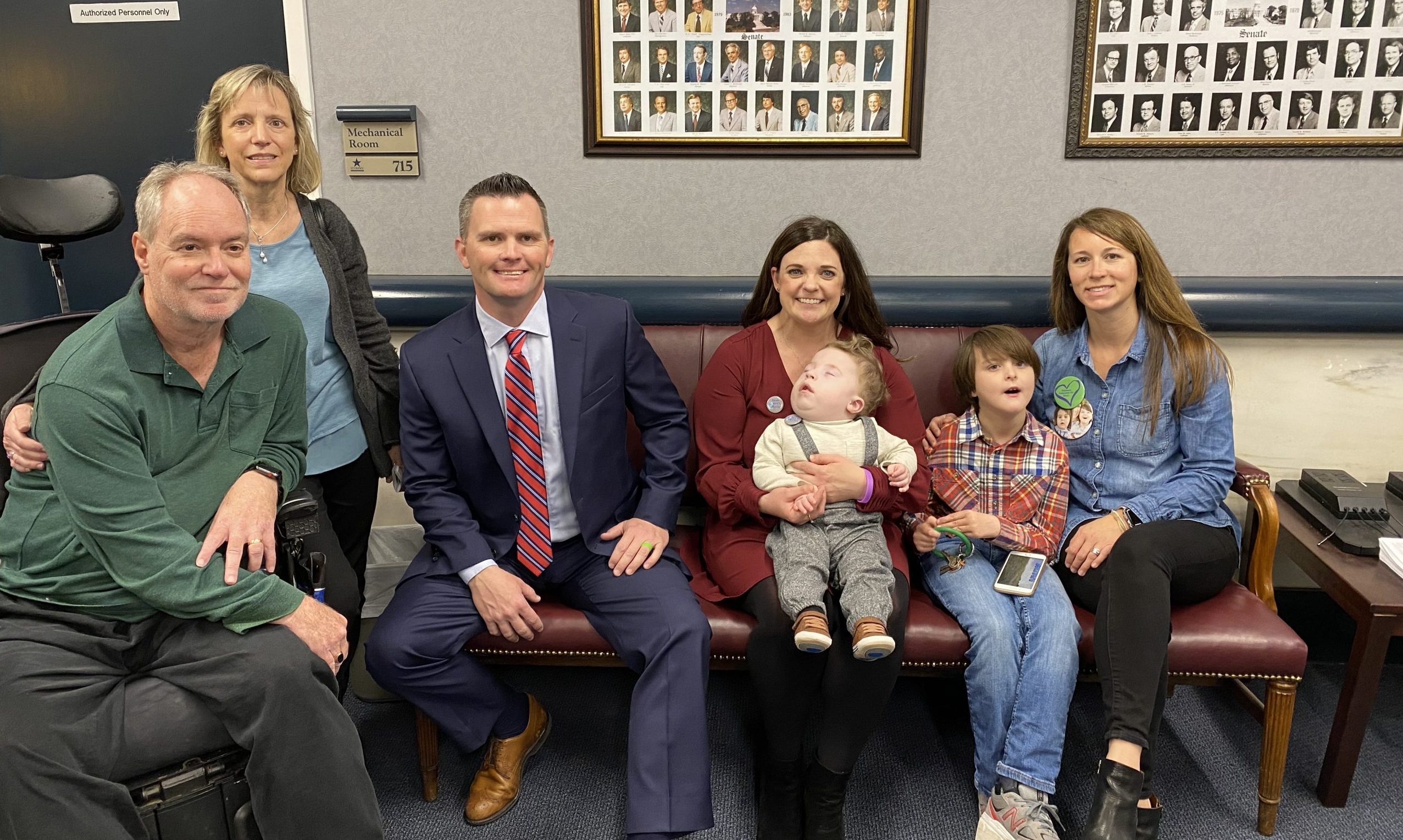 As lawmakers and press roamed the halls of the Alabama State House on Thursday, three families were gathered in an office, all eager to be heard by their representatives and all fighting for the same cause.

Families advocating for the bill to pass gathered at the State House to tell their stories to lawmakers and help others understand what medical cannabis has done or can do in their lives.

Hal Tichenor, along with his wife Patti, came to the State House to talk about their experience with medical marijuana.

Tichenor was diagnosed with multiple sclerosis (MS) over 30 years ago. Multiple sclerosis is a disease of the central nervous system that disrupts the flow of information within the brain, and between the brain and body. There is currently no cure for MS and the cause of the disease is unknown. Symptoms of MS can include muscle stiffness and spasms.

Previous medications Tichenor had tried made it more difficult for him to use his legs, causing him to have more falls when he would try to transfer himself from his wheelchair to a couch or bed.

While visiting his son in California, Tichenor tried a medicinal cannabis and said he noticed an immediate difference. The tenseness in his legs faded, his body was able to relax and he didn’t experience the muscle spasms that MS often causes in his limbs.

Leah Deason visited the State House with her son Ozzie, who suffers from a genetic condition called PPP2R1A, a condition so rare, Ozzie is one of only 30 people in the world with the mutation.

Ozzie’s brain did not develop properly during gestation, leaving him with a multitude of health issues, the main one being epilepsy that can cause him hundreds of seizures in a day.

Currently, 11 medications have failed to lessen the amount of Ozzie’s seizures. His mother says the Compassion Act gives their family hope that there could be something in the realm of medical cannabis that could help their son

“We’re running out of options and with a mutation as rare as Ozzie’s, there’s a very high chance that he won’t make it to his fifth birthday,” Deason. “So that’s why I’m here, that’s why I’m fighting for this because we don’t really have any other choices.”

Another mother and son duo came to the State House to be heard by the state’s lawmakers.

Cristi Cain has been advocating for this bill on behalf of her son Hardy.

Hardy was diagnosed with epilepsy at 2-years-old. His family tried multiple medications, including benzodiazepines, to lessen his seizures but Cain said that the side effects of those medications far outweighed the benefits. 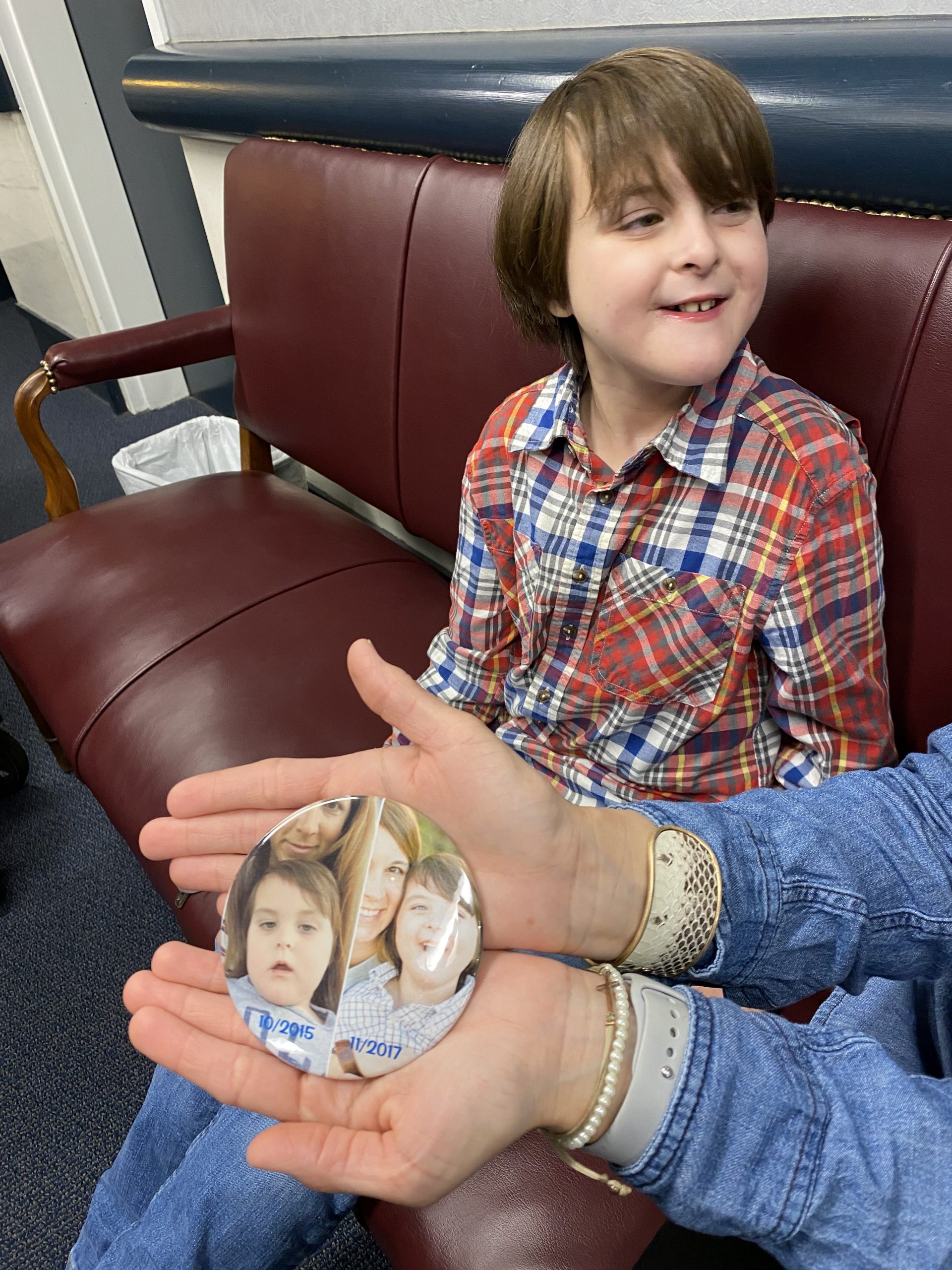 Christi Cane says her son, Hardy, has shown improvement with medical marijuana treatments compared to when he was on prescription drugs.

Cain said she noticed Hardy gaining weight, which further complicated his mobility issues. Hardy’s speech regressed as well but Cain said the biggest thing she noticed was that Hardy was no longer a playful little boy due to the heavy medications in his system.

“He was just in a fog where he didn’t have any joy, he had no life. He was just really a shell of himself,” Cain said. “I hit a point where I knew that I could no longer let my child go through this.”

For a year, Cain threw herself into research, trying to find an alternative to the strong medications Hardy had tried. Her search led her to CBD oil.

Now at 8-years-old, Hardy has been on cannabis since 2017 and next month will be a year since he stopped taking all benzodiazepines. Cain said that Hardy’s seizures are still not fully controlled but that Hardy is himself again, rather than being in drug induced haze.

“We took a leap of faith and tried it. He is not seizure free but I have my boy back and that’s what matters to me. My kid is back and he’s able to live a life, he has joy, he has a smile again.”

Currently Cain’s family falls under Leni’s Law, which allows the use of CBD oil containing up to 3 percent THC. Cain said that this new bill means being able to have access to additional products in higher amounts that could provide relief for Hardy, as well as being able to stay in Alabama near their family rather than having to move to another state for treatment.

“Based on research that we’ve done, we know there are other cannabinoids that could potentially help him live a life that is seizure free and that’s all we’re asking for is the ability to try that.

A 2018 study conducted by a research team at the UAB Epilepsy Center and Children’s Hospital found that Epidiolex, the first FDA-approved CBD-based medication, can dramatically reduce the number and severity of seizures while also improving quality of life.

On Thursday, various lawmakers, including Sen. Cam Ward, R- Alabaster, and Sen. Will Barfoot, R-Montgomery, met with the families outside of the Senate floor to hear their input on this bill.

The Compassion Act is the result of a year-long study by the Alabama Medical Cannabis Study Commission, which voted overwhelmingly to approve the legislation.

The bill will strictly regulate a network of state-licensed marijuana growers, dispensaries, transporters, and processors. No smokable products will be permitted under the bill and consumer possession of marijuana in its raw form would remain illegal.

After the Alabama Senate Judiciary Committee passed the bill in a 8 to 1 vote in late February, the bill now goes to the Senate.