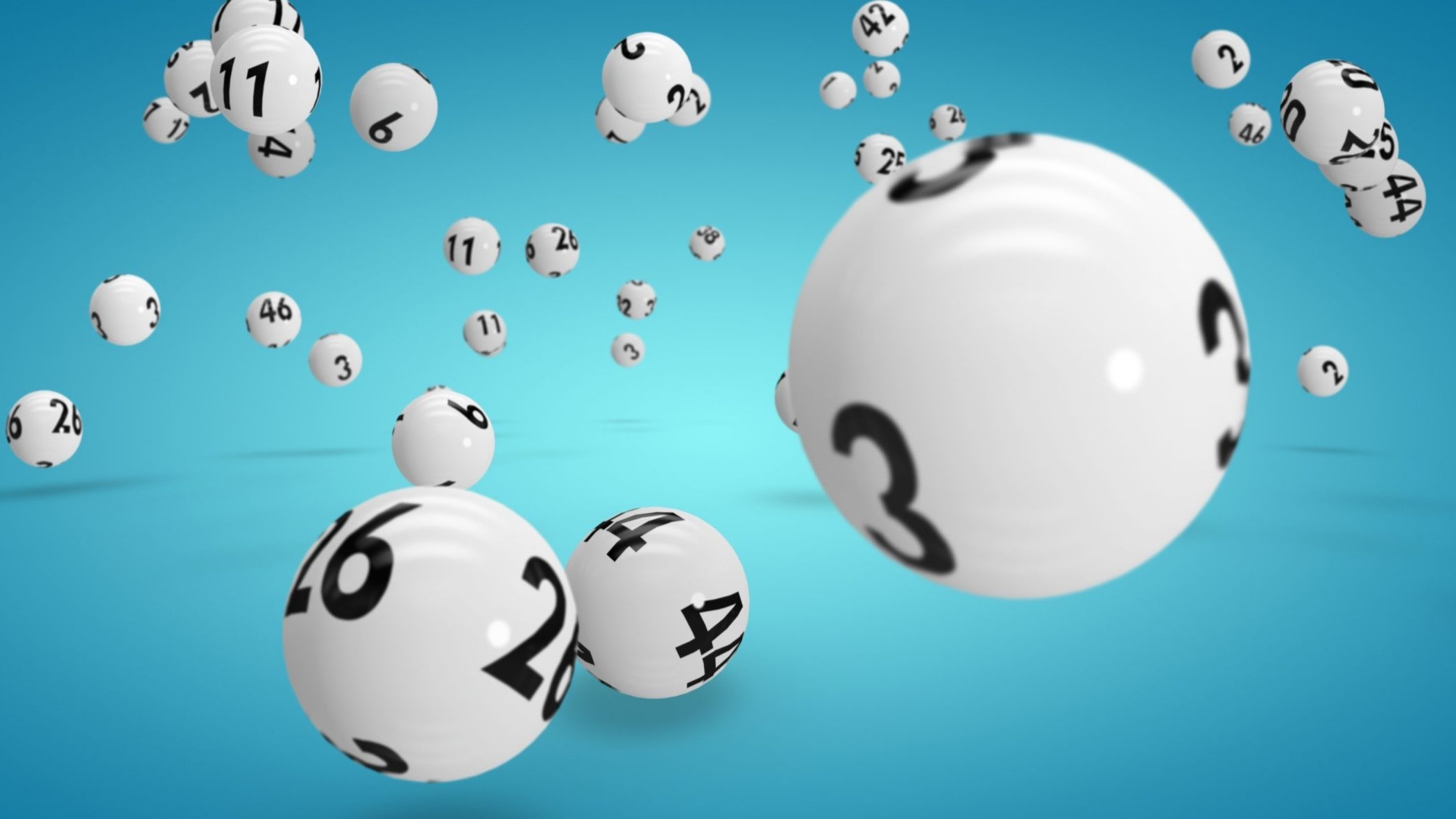 Respectfully, I want to ask you to stop all pending gambling related bills moving through the House and the Senate. Further, to preclude our Great State of Alabama accepting wooden nickels, and having its clocks cleaned.

Gov. Kay Ivey recently signed Executive Order 719, forming a study group for gaming policy, led by former Montgomery Mayor Todd Strange, to gather facts. It is critical, and in the best interest of our state, for us to follow Gov. Kay Ivey and the study group. I hope that the study group will consider the following suggestions. Further, allow other recommendations submitted to the study group; from other citizens from both sides of the discussion, to arrive at the best decisions, and facts submitted to our Governor.

In 63 years on this earth, my only gambling experiences, have been while travelling, stopping in the casinos, having a nice meal, and getting a roll of quarters. My gambling limit is $10. I’ve only spent a total $50, in my life time in five different location, casino slot machines. Therefore, I won’t be supporting gambling, nor working against the right to vote for its passage.

First, let’s simulate a basic Single and Sole Ownership business model structure, with the State of Alabama as the gaming owner; and adhering to current accounting principles, and practices, along with present economic methodologies. A single owner- run business, in most instances, will garner the highest dollar profit return to its business, due to not having to share dollars with other partner owners.

Additionally, most critical are the owner has all decision- making authorities, responsibilities and power. All banking accounts are controlled by; and checks are written by the owner or designated representatives. Millions of dollars can be earned through the interest -bearing accounts. The power, control, authority, decision making, structure, rules, legislation, responsibility, accountability, gaming growth control and timed expansion; leadership, and funding would be on the side of the state of Alabama.

Next, a partnership, in which two or more persons own the company, reduces the amount of dollars each owner may individually earn. Remember, even family members have partnerships, in which they fight and argue, about poor decisions, made by the other owners. Some owners may be wrongly spending money, and withdrawing money for themselves from the company, which may not be in the company’s best interests. Good or poor decision making, are shared by the different owners. All owners are responsible, accountable financially and they are legally liable, for the decision making of all other owners.

If the exclusive monopoly business model is awarded and granted to the Poarch Band of Creek Indians (PBCI), this would present, a large problem for the state to verify total dollar amount due, and most difficult to actually receive, high payout monies and dollars in state coffers, from the PBC

The PBCI would have a huge competitive business advantage, over the State of Alabama, due to their years of highly outstanding financial performances, and their massive gaming knowledge. Their successful gaming secret business practices, and their intellectual properties, don’t have to be revealed to the state.

We Love our Native Americans, and the PBCI are awesome neighbors. However, this is business. The PBCI are in business, to maximize their profits for their entities, not provide Alabama with the highest payouts through their own efforts.

The PBCI leadership are comprised of very outstanding businessmen, and excellent business women, and profits are determined by human- leadership decision making; not by non-human revenue, profit and loss statements.

Due to our current acceptable accounting business practices, principles, leadership decision making, and present economic methodologies, the PBCI can legally payout the least total dollar amounts to the State of Alabama. For instance, if the decisionmakers don’t want to show profits on the books; and they decide, they want to grow and expand, through purchasing more land. Additionally, buy more gambling machines, construct more buildings, purchase real estate, make financial investments through the stock market, show expenses with their parent, and subsidiary businesses within and outside the state.

In other words, on the financial ledgers, if the exclusive monopoly for the current year, breaks even, or show losses on the register and logs. Through expenses, higher wealth, larger economic gains, and higher financial growth, may be realized by the PBCI. Although, at break-even profit points and points of loss.

Further, when point of sale receipt money flows through PBCI interest bearing bank accounts those millions of dollars will remain in PBCI coffers.

The paramount point is, if Alabamians want to do what’s in the best interest of our state, and gain the maximum profits. In my view, the citizenry should also look at, what can we do on our own as the sole owners.

Further, it is critically important, the new gaming business models, and financial structures, are solely controlled by the state of Alabama. In which all dollars flow through interest bearing accounts, in which the state’s best interests are met. New legislation is needed, whereby the state will be successful in the gaming business, if the voters want it.

Entrepreneurship is when business owners take risks. Is the state willing to commit to a startup business in gaming? Does our state have the skills, knowledge, abilities and expertise to perform 100 percent of the form and type gaming tasks and duties? Will a small percentage of the gaming be contracted-out or handled through privatization?

Much conversation over the years have been about the huge amount of money that the PBCI have earned. We should be applauding them, on their outstanding business acumen and their highly successful financial accomplishments. The PBCI are not going to give us all of the money they have legally earned.

However, as a former business man, who had been involved in numerous ownerships and proprietorships, such as single, partnerships, and limited liability corporations. I have never seen any single ownership business model, such as potentially the State of Alabama being a gaming entity; using another commercial business entity, through exclusive monopoly agreement authorities; to provide higher payouts to the single owners, or state of Alabama, in which can earn higher revenue and profits on their own.

In my view, it would be very illogical, for the State of Alabama, to provide a commercial gaming entity such as the PBCI with exclusive monopoly authorities to provide a large payout to our state. When new legislation and authority can be provided to the State of Alabama, and voted on with the legal authority to begin some form of gaming. By dealing with, one form, and type of gaming, at a time. The state itself, would then be lawfully allowed, to purchase only the approved gaming machines, devices, cards; and run, control all aspects of gaming within the state.

Further, we must ask our legal scholars on Gov. Ivey’s study group, where does it state that we must only make agreements with the PBCI? What do the current laws state? There may be other better deals with other gaming companies outside Alabama. We can’t limit ourselves to gaming companies only within our state. All options should be on the table for what’s in the best interest of our great state. If we don’t have the authority, let’s all work to get the state and federal legislation changed. Surely, we can’t be locked in situations where we can only negotiate with the PBCI, although we love them. This is business.

This is why it is critical to have Gov. Ivey’s appointed gambling committee led by Todd Strange, conduct their research, and allow the committee provide the governor with the facts.

Many of our Alabamians appear to be overly concerned about what our great neighbors and our awesome Poarch Creek Indians are doing which is in their best interest. The real question should be, what can our state do on its own, concerning gambling to bring the greatest financial return; which is in the best interest of our great state?

In closing, to prove my aforementioned points and logic. Let’s ask the Poarch Creek Indians to provide the State or Alabama with an exclusive gaming monopoly, by allowing, the state to pay out to them, a portion of the profits. Based on the figures from the PBCI 2019 calendar year, revenue, earnings, profits, gaming industry growth, expansions, wealth, new real estate purchases, investments, financial holdings, market values, land, new construction and upgraded facilities.

Surely the state of Alabama, with exclusive monopoly designations, wouldn’t be able to closely provide total dollar payout amounts to PBCI, equal to, nor even close, to the PBCI previous calendar year revenue, earnings and profits. It works both ways.  The PBCI will not give Alabama the same offer of an exclusive monopoly. They are very much too smart, and they are too intelligent to do that. It would not be a good deal, for themselves either.