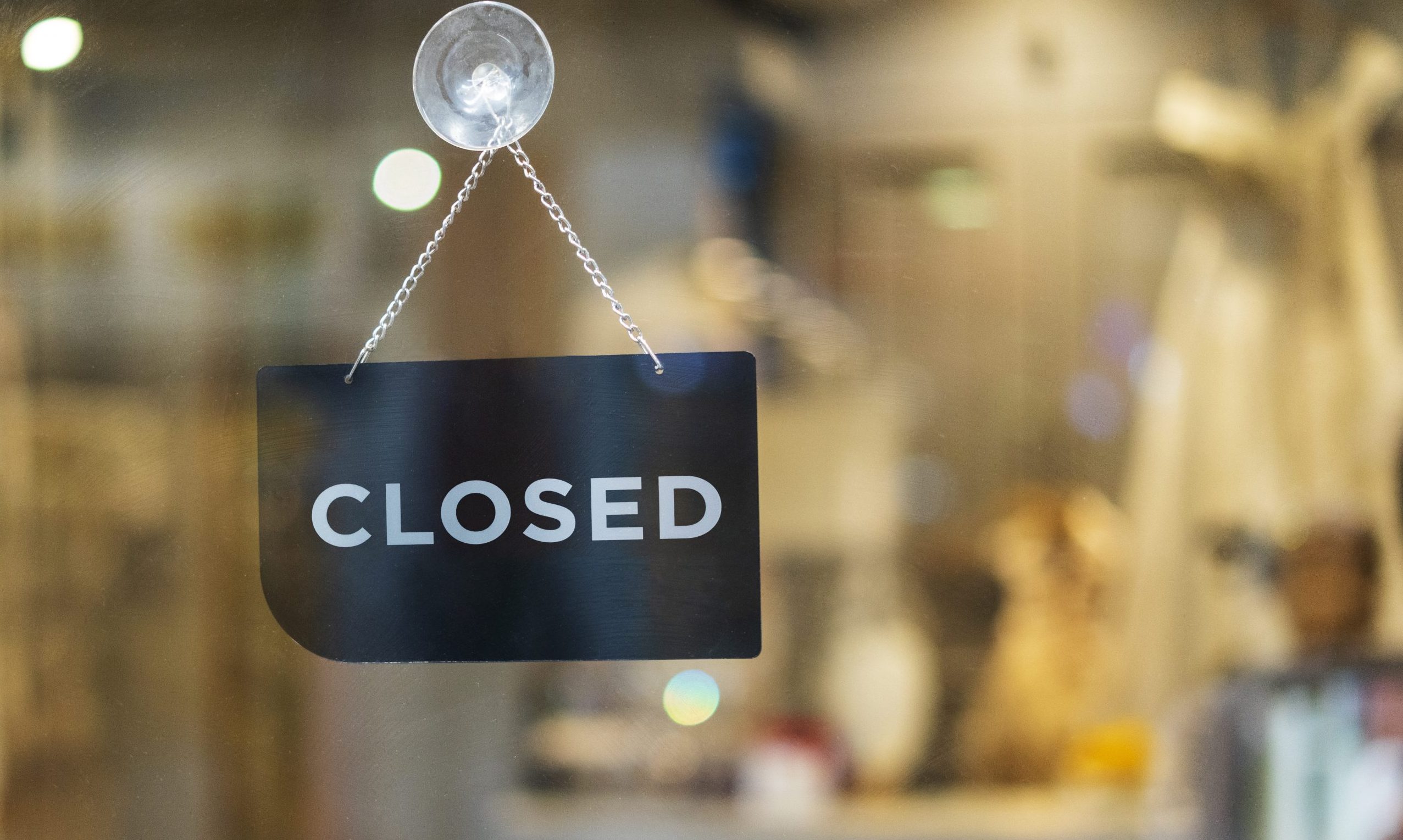 closed sign hanging outside a restaurant, store, office or other

State health officials on Tuesday expanded an order limiting dine-in at restaurants and bars to include six counties.


State health officer Dr. Scott Harris said at a press conference Tuesday that those businesses in Jefferson, Tuscaloosa, Walker, Blount, St. Clair and Shelby counties are also ordered to refrain from serving in-house for one week. The order could be extended, he said.

Harris also announced that as of Tuesday morning, Alabama had 36 confirmed COVID-19 cases and that while the decision to enact additional restrictions was “made with pros and cons,” the decision was made for the wellbeing of all Alabamians.

The additional restrictions in the six counties go into effect today, Harris said, and include no gatherings of 25 or more, or any gatherings where people cannot maintain a distance of 6 feet or more from others.

All senior center gatherings are prohibited, but those centers are urged to continue to provide meals and curbside pickups, Harris said.

“Effective at the close of school or business tomorrow, Wednesday, March 18,  there will be the closure of all private schools, all grade through 12th grade, as well as preschools and childcare centers with 12 or more children,” Harris said. Hospitals with on-site daycares are exempt.

All of those restrictions are to be in effect until April 6, Harris said, but could be extended.

Asked how long state officials expect the virus could last, Harris said: “So I think with respiratory infections, a three or four-month course is a reasonable place to start guessing how long it’s gonna last.”

Effective immediately all visitations and non-essential personnel are prohibited at nursing homes and long-term care facilities, except for certain compassionate care and end-of-life situations, Harris said.

“I understand that that would have a tremendous impact on a lot of people, particularly related to things like senior centers and schools and daycares,” Harris said. “We have not taken these decisions lightly, and it is certainly a possible situation may warrant that we implement this.” He encouraged officials in counties not included in the latest orders to consider taking them up regardless.

“I would like to say today in the strongest possible terms that I encourage everyone in these other counties not affected by this order. Go ahead and proceed with attempting to implement these orders,” Harris said. “Social distancing as the most important thing that we can do at this time.”

The state has set up 6 screening sites, located in Hale, Montgomery, Marengo, Jefferson, Tuscaloosa and Elmore counties, Harris said. Anyone who believes they need to be tested is asked to call the hotline at 1-888-264-2256.

“And then specific information about how testing can be arranged will be given to those people at that time. We expect to have another five or 10 facilities by the end of the week,” Harris said.

What’s holding those new sites from being set up is problems with gathering the needed supplies, such as swabs for testing and personal protective gear for health workers, Harris said.

“We have a particular issue in our state, as are most right now, with obtaining specimen swabs,” Harris said. “The federal government has sort of taken all the orders of those that were to be shipped to states, and states no longer have access to those for a few days, we were told.”

Asked how many people have been tested in Alabama so far, Harris said: “I don’t know that number.”

He said the drive-thru sites are testing “hundreds and hundreds of people a day.”

In this article:Alabama Department of Public Health, coronavirus, featured2