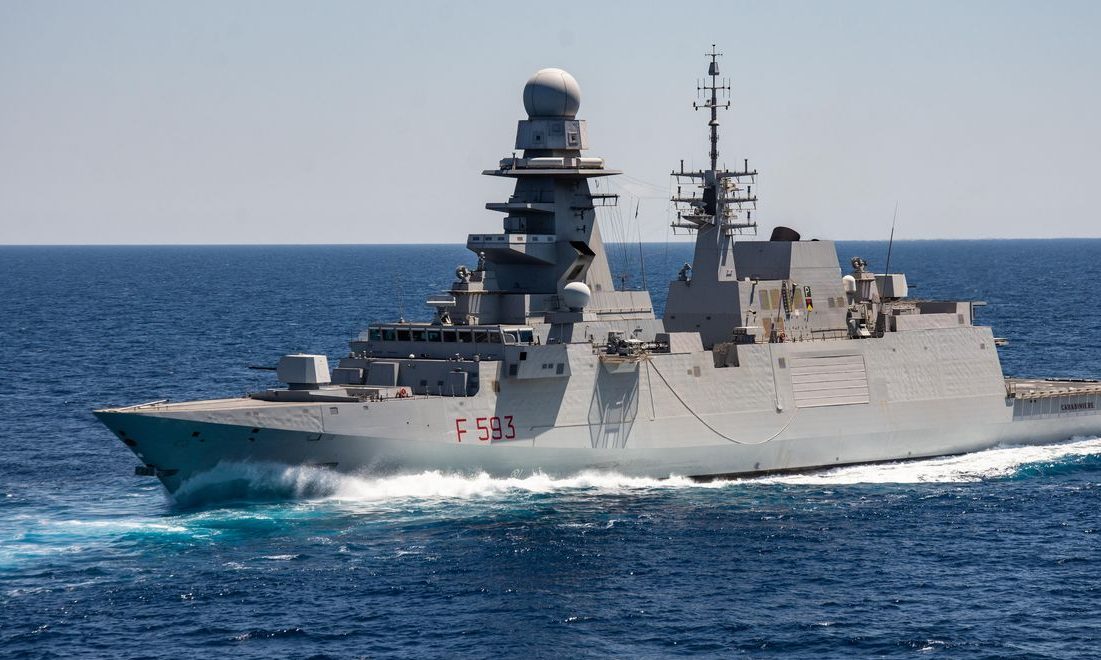 Fincantieri will build an adapted variant of the Italian FREMM (European multi-purpose frigate) in Wisconsin at its Marinette shipyard. The contract also includes plans for up to nine more ships from the firm — a deal that’s ultimately worth more than $5.5 billion.

Fincantieri’s FREMM is already in service with both the Italian and French Navies.

When we began this journey nearly two years ago it was with the belief that there was a place for new ideas, new platforms and new partners in an already talented U.S. shipbuilding industry,” said Fincantieri Marine Group CEO Dario Deste. “Today’s announcement validates that thinking.”

The Navy plans to build 20 ships as part of the future frigate program.

“Congratulations to the Navy on this important decision,” added Deste. “The men and women of Fincantieri Marinette Marine and our partner suppliers throughout the United States are ready to get to work.”

In addition to Austal, Fincantierri also beat out designs offered by General Dynamics Bath Iron Works and Huntington Ingalls Industries. Lockheed withdrew its entry into the competition, an upgraded version of its’ Freedom class LCS from the competition last May.

The award was a disappointment to Congressman Bradley Byrne (R-Montrose),

“The men and women who work at the Austal shipyard in Mobile are the finest in the country,” Rep. Byrne said. “I disagree with the Navy’s decision, and I look forward to thoroughly examining the Navy’s decision making in this process in the coming days. At the same time, I’m committed to working with Austal, the Navy, and the Trump Administration to ensure we don’t destroy our critical shipbuilding industrial base, especially at a time when the threat environment clearly demands more small surface ships.”

Austal was the builder of the Independence class littoral combat ships as well as other designs including fast transports.

Fincantieri is one of the world’s largest shipbuilding groups and has built more than 7,000 vessels in over 230 years of maritime history. It is a leader in cruise ship design and construction and a reference player in all high-tech shipbuilding industry’s sectors, from naval to offshore vessels, from high-complexity special vessels and ferries to mega-yachts.

“The frigate will be an agile multi-mission warship,” said Navy assistant secretary James Geurts. “They’ll operate in all environments and will be more lethal, survivable and have increased self-defense and local-area defense capability and capacity over previous small-surface combatants.”

The new frigate is an important part of the Navy’s plans to modernize for more distributed operations, positioning the U.S. to defend against near-peer adversaries, such as China and Russia. The new frigate is designed to fight on both the high seas and near the shore, with more capabilities than littoral combat ships but a smaller price tag than cruisers and destroyers.

The Navy awarded its contract to Fincantieri three months ahead of schedule, in order to get the new frigate program moving. Since the design is based on an existing warship that is already in service Fincantieri that will speed up the process.

“All this was done with an intense focus on cost, acquisition and technical rigor so that we got the best value for our warfighter and the taxpayer,” Geurts said. “It’s the best I’ve seen in the Navy thus far at integrating all of our teams together and it’s a model we are building on for future programs.”

Geurts expects delivery of the first ship in 2026, with the class reaching full operational capability by 2032.

The new ships will use a modified version of the SPY-6 radar Raytheon is developing to keep the Navy’s aging destroyers in the fight, along with Lockheed Martin’s Aegis Combat System.

Vice Adm. Jim Kilby, deputy chief of naval operations for warfare requirements and capabilities, said the goal is for the frigate to be able to fight in “all spectrums of potential conflict.” That includes being able to carry manned helicopters and unmanned aircraft, he said.

The new frigate will have about 300 tons more steel than the FREMM design because the U.S. Nay has higher standards for ship survivability than the Italian Navy does.

(Original reporting by Military.com and the Defense News contributed to this report.)